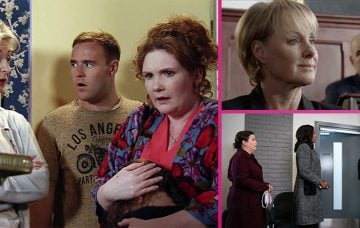 Will Jude be found alive?

In next week’s episodes of Coronation Street, Jenny suspects Johnny and Liz, a body is found during the search for Jude and Sally’s world falls apart… 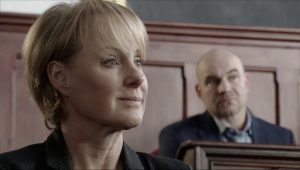 Sally insists to the court she did not have an affair with Duncan, didn’t steal any money and loves only her Tim.

However, when sister Gina is called as a witness, she seems to falter… 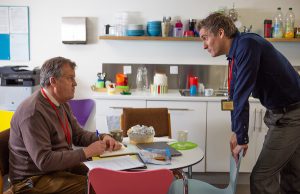 Cathy continues to worry about Brian as Phil cranks up the pressure at work.

Having stayed up through the night to work on the school play, Brian misses out on a staff meeting. 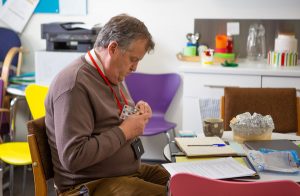 Ordering him to work late to make up for it, Phil continues to needle at Brian and questions his commitment.

Will good-natured Brian crumble as his efforts are demeaned yet again? 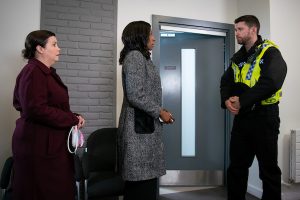 Mary’s hopes are raised when a man who claims to have seen Jude gets in contact about the campaign to find her son.

However, she and Angie are later called upon to attend a mortuary and identify a body. 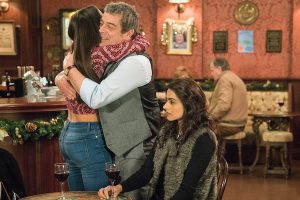 When Rita confides in him she wishes she had a child of her own, Johnny is given food for thought.

Offering to pay the £3500 Kate and Rana need for a first round of IVF, Kate is thrilled – but is Rana? 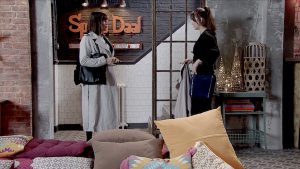 Sally is rocked after Tim starts to believe she may have had an affair with Duncan.

The love life of another Webster is under threat as Paula plans to end her relationship with Sophie. 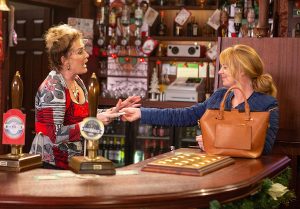 Jenny continues to focus on Liz’s phone, secretly dumping it in water.

But what is she hoping to achieve when she offers her barmaid the use of an old mobile handset of her own to use as a replacement instead? 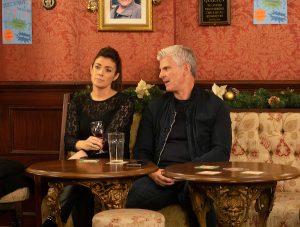 Michelle worries Kate’s baby talk has made Robert think about becoming a father once again.

Concealing the truth, he assures her he’s over the idea of being a parent. 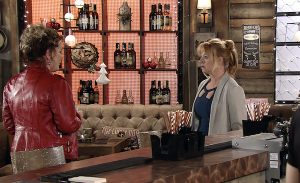 Johnny heads to the Bistro for a bit of peace after having his fill of house guest Rita.

As Jenny tracks Liz to the same place via an app on her phone, she bursts into the restaurant to confront them. 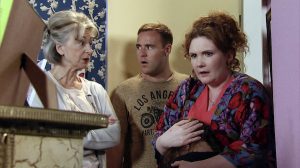 When Hope misbehaves as Evelyn is called upon to babysit the girls, she tells Rita she has a favourite.

But Fiz and Tyrone are shocked on their return to find Evelyn threatening Hope.