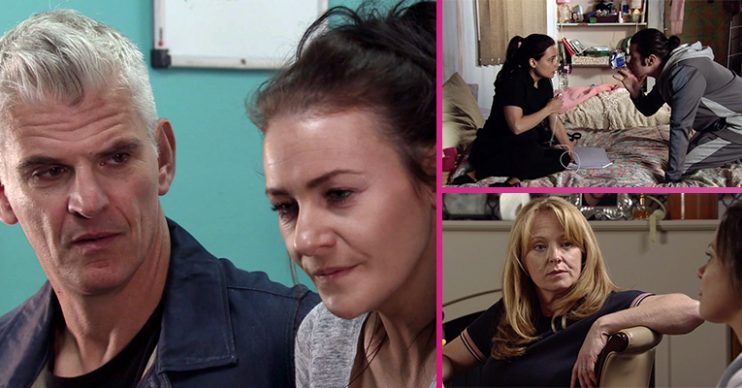 Seb finds out the truth about Alina, Robert is torn as Vicky falls ill, and Kate feels pushed out by Jenny in next week’s Coronation Street. 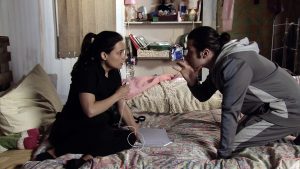 Seb tries to call Alina but he and Abi suspect something fishy is going on when the line goes dead.

At the nail salon, Abi distracts Rachel while Seb sneaks around the back.

He’s horrified when he finds Alina sitting on an old mattress and realises this is her home.

Seb hides when Rachel comes in and hears her warn Alina if she doesn’t behave, it’ll be worse for her and her family. 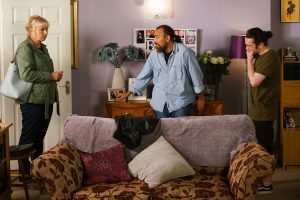 He’s horrified to realise Rachel and her husband are people trafficking.

Alina urges him to forget about her but he’s adamant he’s going nowhere. As he lurks outside the salon he’s shocked to see Jan emerge and confronts him.

Seb later tells Rachel he knows her game, and Rachel informs Jan Seb’s been making threats. She calls her husband instructing him to deal with Seb.

Abi is intrigued when she sees Jan getting into Rachel’s car and tells Seb, who later confronts him just as Eileen walks in. 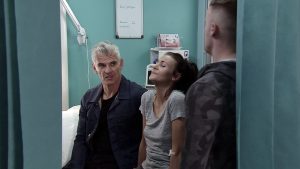 Vicky calls in at the Bistro and tells Robert she’s sick of playing second fiddle and when she doubles over in pain, Robert’s horrified.

At the hospital, as they wait for the doctor, Vicky proudly tells Robert that Tyler has been invited to the Youth Foundation Awards. 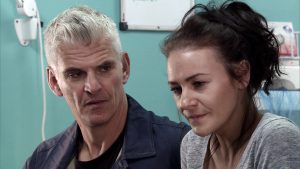 The doctor confirms Vicky has gallstones and the baby is fine. Vicky cries tears of relief and Robert promises that from now on Vicky is his main priority.

Robert’s later horrified however when he realises Michelle and Alya are catering Tyler’s award ceremony.

Trying to keep her away from Michelle, Robert advises Vicky to give the awards a miss and look after her health. 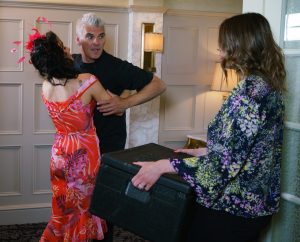 Vicky doesn’t listen and Robert is shocked to see her and Tyler across the room while he’s serving canapes.

Covering his panic, Robert grabs Vicky and encourages her to go home for the sake of the baby.

As he steers her out of the hotel, Robert gives Vicky a protective hug, but Tracy sees and demands to know what’s going on. 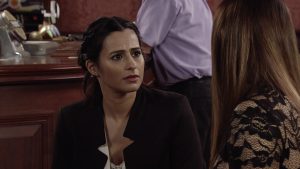 Alya is not happy when Ray offers Michelle the role of events manager across his whole chain.

At Vicky’s house she admits to Robert she’s lonely and he agrees to stay over occasionally.

When Michelle tells Robert about the job he urges her to take it, realising it will give him some breathing space.

Robert lies to Michelle telling her he’s been offered a mentoring role overseeing chefs in a Young Offenders Unit but it’ll mean the odd night away. 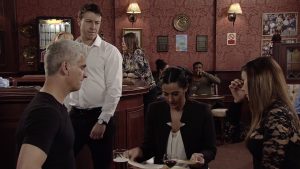 Carla walks in on Robert on the phone to Vicky but he says it was Young Offenders confirming his start date.

A bemused Carla questions how Robert got a job working with Young Offenders as he has a criminal record.

Robert is flustered and when his phone pings with a message and Carla picks it up.

Jenny has plans for the Rovers 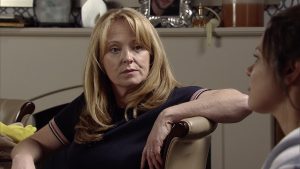 Kate comes downstairs with a hangover and an annoyed Jenny suggests to Johnny that if she got a job and paid rent it might give her some purpose.

Attempting to boost their profits, Jenny mulls over the idea of converting the Rovers into a B&B. Ed agrees to draw up plans and give her quote.

Meanwhile Kate meets up with Imogen who reveals her plans to travel the world, leaving Kate envious. Imogen suggests she comes with her.

Jenny is the evil stepmother 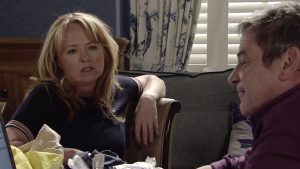 Jenny’s incensed when Kate asks her dad for £3k to fund her trip.

When Jenny reveals her plans to convert the pub into a B&B, Johnny is worried about the cost.

Kate reveals she intends to return to work at the Bistro so she can fund her own trip.

Jenny’s delighted but when she jokes to Tracy that she’s finally getting rid of her stepdaughter, Kate’s hurt. Johnny is not impressed when Jenny gets Ed to measure up Kate’s room as she is going travelling.

Knowing Jenny is making Kate feel unwanted he warns Jenny not to make him choose.

The two women call a truce for the sake of Johnny’s health.