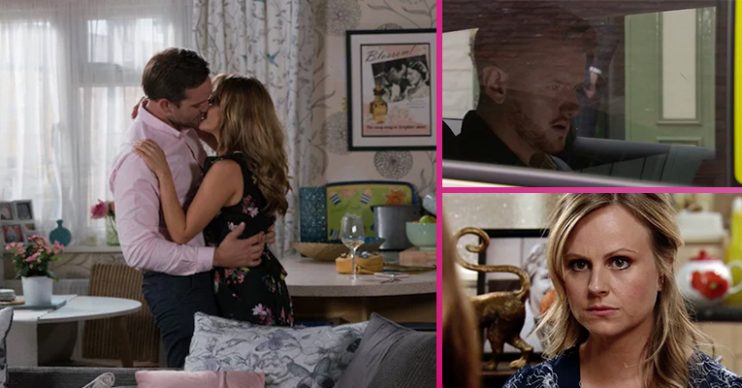 The net is closing in on Gary, Liz makes a worrying discovery about Jan, and Maria and Ali kiss in next week’s Coronation Street. 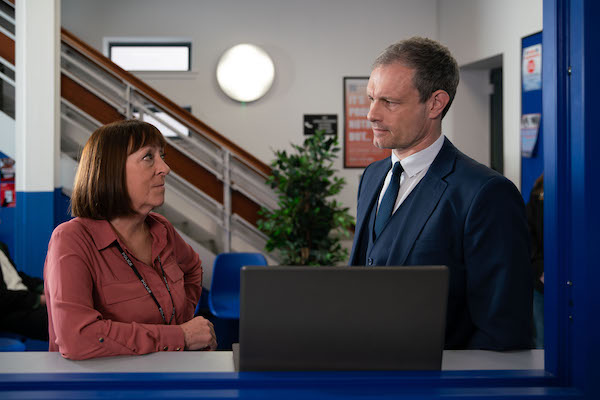 Nick tries to make amends with Sarah but has no luck.

Nick spots himself in one of Beth’s photos that was taken the morning of the factory collapse.

He goes to the police with the photo, which he claims proves he was nowhere near the factory at the time, but the police remain unconvinced.

Rick’s daughter is suspicious of Gary 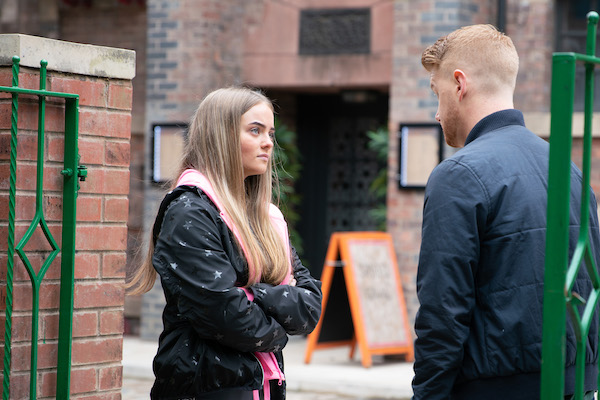 Gary goes to Rick’s office and is rattled to find Rick’s daughter, Kelly, demanding to know where he is.

Gary plays dumb and returns to the street, unaware that Kelly is watching him.

When Kelly tracks Gary down, he drops the bombshell that her dad was actually a loan shark.

He takes his lies even further telling her that Rick was busted by the police and has done a runner, leaving her heartbroken.

Sarah is suspicious of Gary 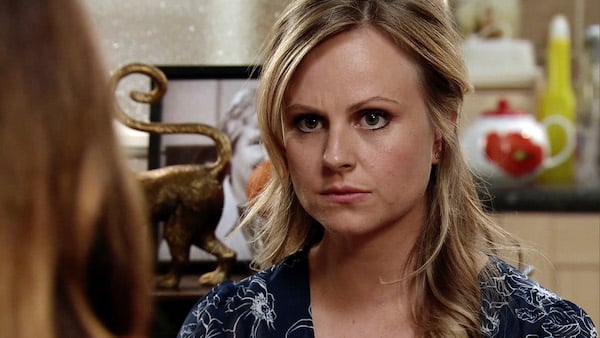 Ken, Peter, Carla, Adam and Sarah sit down for dinner at No.1. Carla reveals Sarah’s phone wasn’t amongst the stolen phones she returned and that she dreamt Gary had visited her and went through her handbag.

Later, Sarah tells Adam she has a horrible hunch that Gary was behind the factory roof collapse and Adam urges her to go to the police.

Sarah’s reluctant to shop Gary, but when she questions him about the voicemail he left on her phone, he’s evasive, leaving her suspicious. 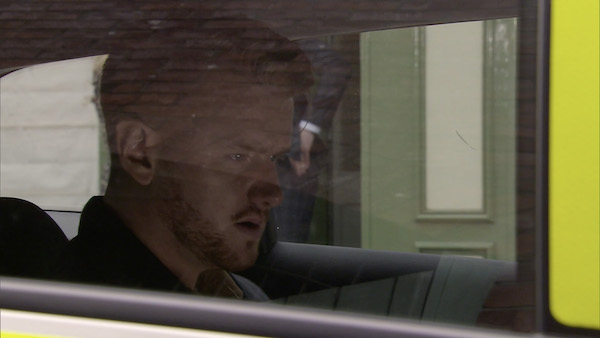 Sharon tracks Gary down and is not convinced when Gary tells her Rick went into hiding abroad.

Adam admits to Sarah that he told Imran her suspicions about Gary.

Adam, Sarah, Imran and Sharon watch as Gary is taken in by the police for questioning.

Gary does his best to remain calm when he’s questioned about the factory roof collapse and then about his involvement with Rick. 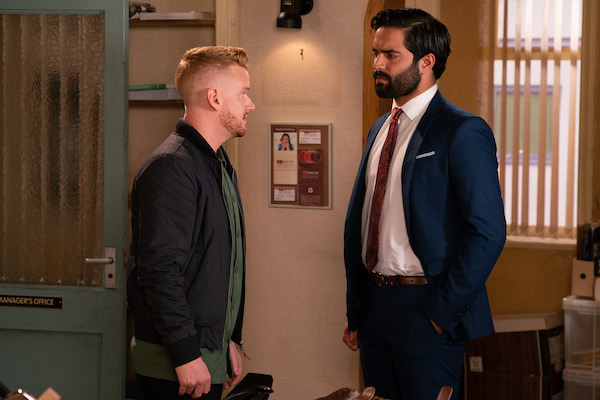 When Gary discovers it was Sarah who reported him to the police and sees her heading off with Adam, he is heartbroken.

Things get worse for him when Sharon tells Gary that Kelly has reported Rick as missing to the police and Gary realises the net is closing in.

Imran reveals he knows that Gary is now a suspect, but he protests his innocence.

In the Rovers, Peter lunges at Gary blaming him for ruining Kate and Carla’s lives, and Gary ends up telling Imran that he’s responsible for Rana’s death. 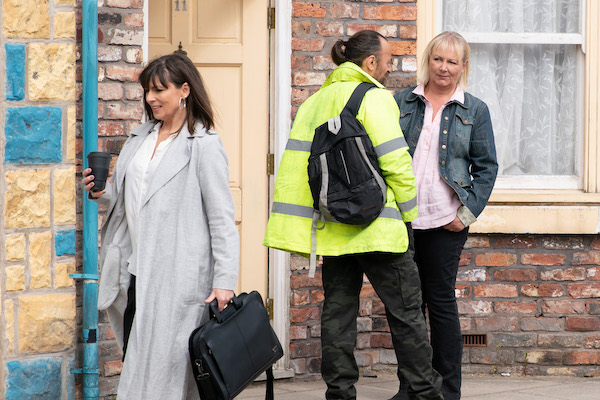 Eileen’s curiosity is piqued when it’s obvious Paula recognises Jan. When Eileen quizzes Paula about it, she makes out Eileen imagined it.

After Eileen confides in Liz, Liz Googles Jan and finds some worrying information.

Liz waits until Jan is out to show Eileen her discovery. 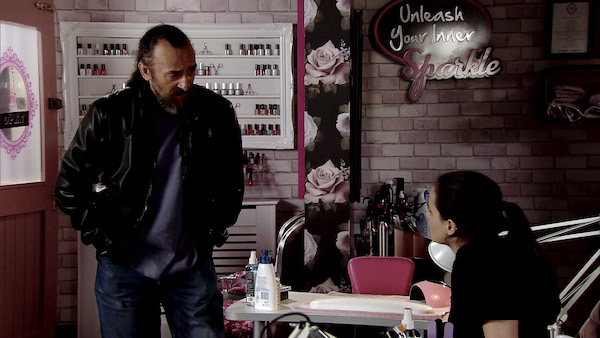 When Jan returns, Liz makes herself scarce and over dinner Eileen confronts him.

Jan calls in at the nail salon and warns Alina not to get in contact with Seb again as it’s too dangerous. What is going on?

Maria has a mix up 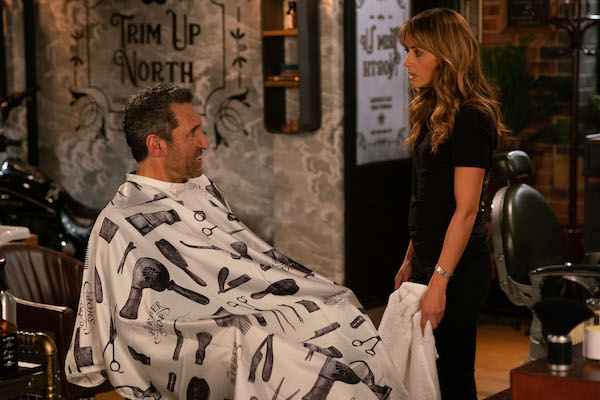 Audrey promises to set a lonely Maria up with her client called Bob.

When a man calls in, Maria assumes it’s Bob and starts flirting with him. Not realising she has a text from Audrey.

When the client reveals he’s married, Maria is fuming. Audrey calls in and tells a mortified Maria that Bob cancelled.

Romance for Maria and Ali? 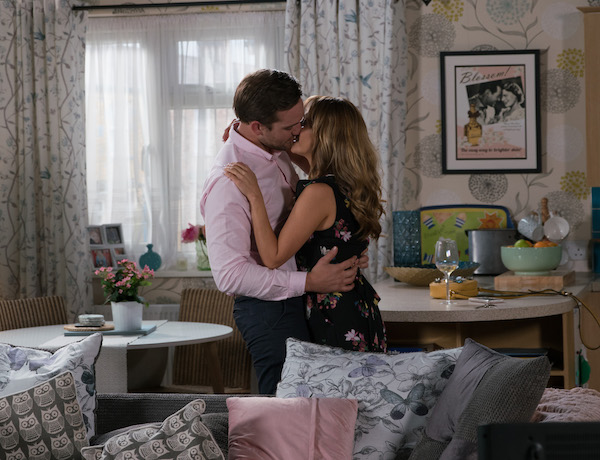 After checking her dating app, Maria meets up with her attractive internet date called Ben, but is horrified when his mum turns up!

Maria goes on another date with a man named Rex but is taken aback when he shows her photos revealing he likes to dress like a dog!

Later, Ali heads to Maria’s flat with a bottle of wine and the attraction is evident.

Having finished the bottle he leans in for a kiss and Maria kisses him back.

Evelyn’s unhappy when Roy moves in 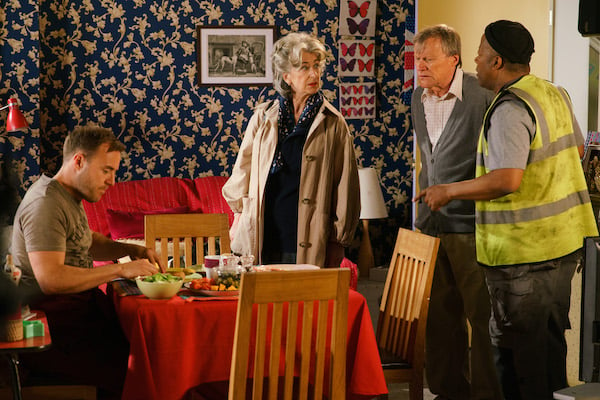 The electrics go in the cafe and Ed tells Roy he’ll do an assessment but Roy must vacate the premises.

Roy moves into No.9 with Tyrone leaving Evelyn annoyed as he will have her bed and she will be sharing with Ruby.

Roy tries to make an effort but Evelyn is having none of it and she is upset further when Ed tells her the cafe won’t be ready for a few weeks.

Evelyn accuses electrician Larry of doing a botch job on the cafe wiring and trying to fleece Roy of money and when she later returns home telling Roy she sorted Larry out, he worries she’s done something foolish.