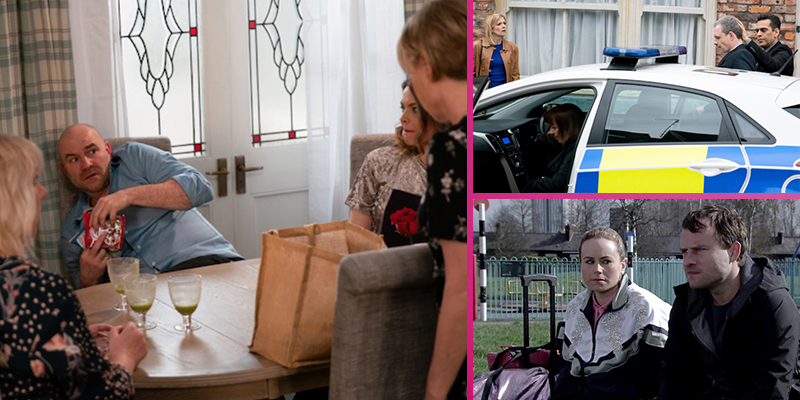 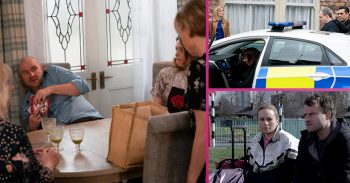 Peter is struggling without Carla

Peter struggles with Carla still missing, Nick is arrested and Gemma makes a tough decision in next week’s Coronation Street. 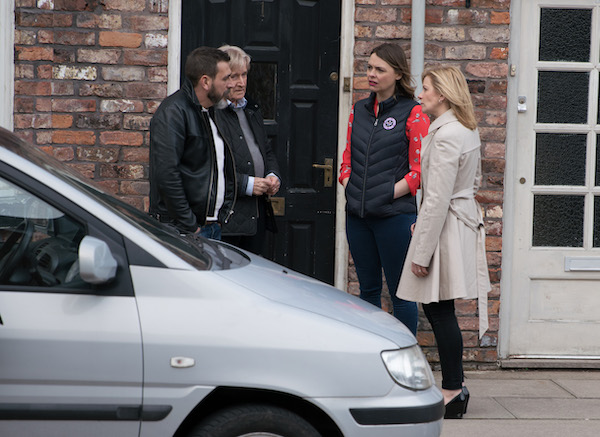 Leanne tells Nick she is worried Simon has too much going on trying to look after Peter and wants him to move in with them. Nick agrees and says it’s time Toyah and Imran moved out so Simon can have their room.

Ken is worried about Peter and that he’s not coping with Carla’s disappearance. When Claudia goes to the house, she’s shocked to see the state Peter is in and Ken takes him to the doctor.

Toyah is suspicious of Nick 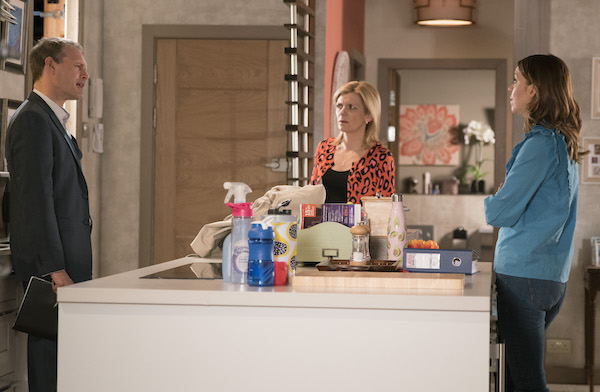 As Toyah strips the beds, she’s shocked to find Wayne’s missing Health and Safety report under Nick and Leanne’s mattress. Toyah shows the report to Leanne and vows to hand it over to the police.

Leanne begs Toyah not to go to the police until they show Nick and when he returns home he finds the pair in the middle of a row.

Toyah hands him the report telling him she found it under the mattress but he insists it must have been planted there and takes it to the police. 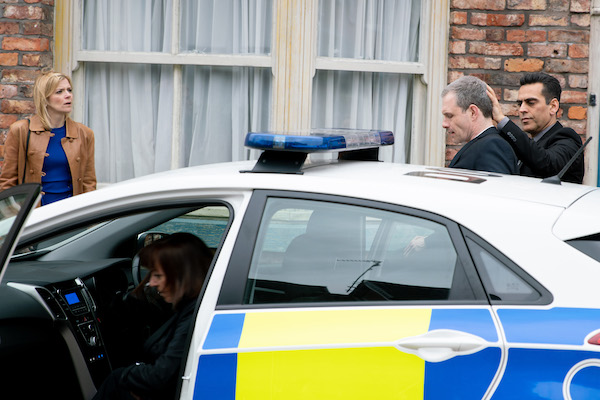 Leanne is stunned when Nick’s arrested and is questioned by the police, who accuse him of being in cahoots with Carla to damage the roof for financial gain. He insists he had nothing to do with it.

Leanne is rattled when Shona tells her she heard Nick telling David he’s done things he isn’t proud of.

Leanne is angry at her for suggesting that Nick could be responsible for the factory roof collapse. 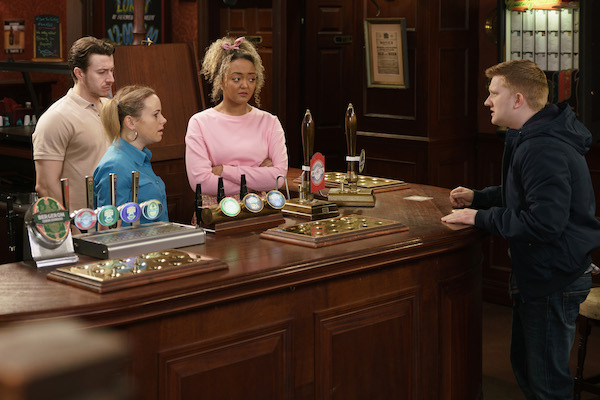 Gemma quits her job at the kebab shop as the meat makes her sick. When Gemma arrives in the Rovers she gets upset behind the bar and Ryan takes her out the back for a chat.

A tearful Gemma admits to Ryan she misses Chesney and Ryan encourages her to give it another go. As they emerge from behind the bar, Chesney jumps to the wrong conclusion but when Gemma goes after him, he kicks himself, realising he made a mistake thinking something was possibly going on. 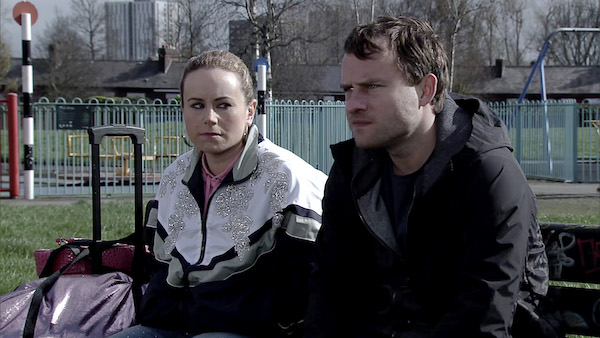 Determined Chesney mustn’t find out about the baby, Gemma announces she’s going to live with her mum and that she is meeting her today.

As she sits on the park bench waiting, Paul begs her to realise that there are plenty of people who love her and she doesn’t have to leave.

Chesney pulls up alongside her in the car. Later, Chesney tells Rita and Paul that he tried to persuade her he wants to be part of the baby’s life but she disappeared off to the estate. 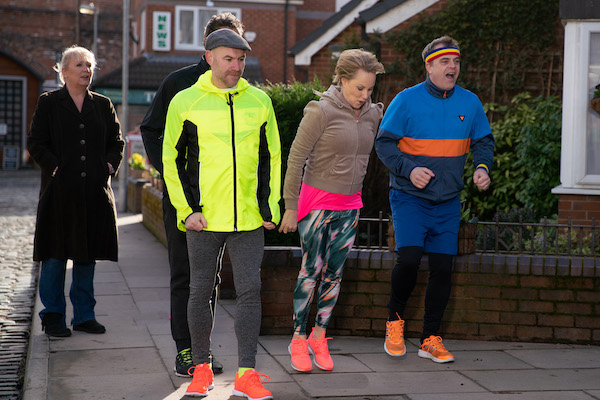 Sally reminds Tim he he’s got a heart check up today. She’s horrified when his test results reveal both Tim’s cholesterol and blood pressure have increased and insists they are both going to do some serious exercise.

Dev and Steve join them on a power walk. When they return home Sally heads up for a shower and Tim helps himself to his secret stash of chocolate. 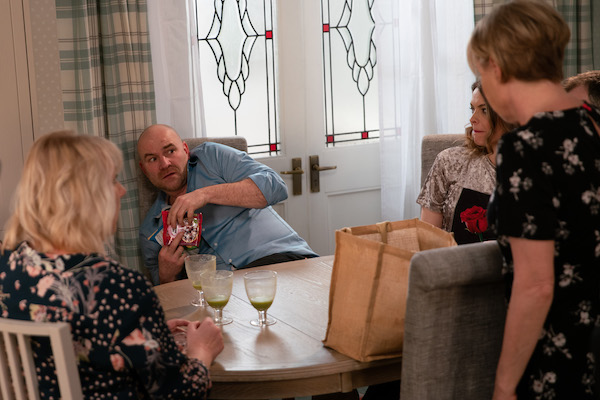 Sally calls at the cab office with a shopping list for Tim and invites Eileen for a healthy dinner with them.

When Tracy turns up Sally is put out – even more so when she empties Tim’s shopping bag to find it full of treats.

With the dinner party in full swing, Sally empties the shopping bag of treats into Tim’s lap demanding answers. Telling Sally he’s sick of her trying to control every move, he heads out to the pub. 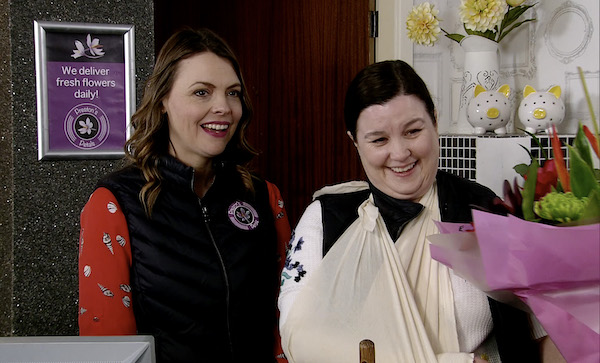 Jan calls in the flower shop and buys Mary an expensive bouquet of flowers apologising for causing her injury. Mary starts to thaw towards him.

There is confusion in the Rovers over which lady is the object of Jan’s affections. Is it Moira, Mary or Eileen?

Mary has a new crush 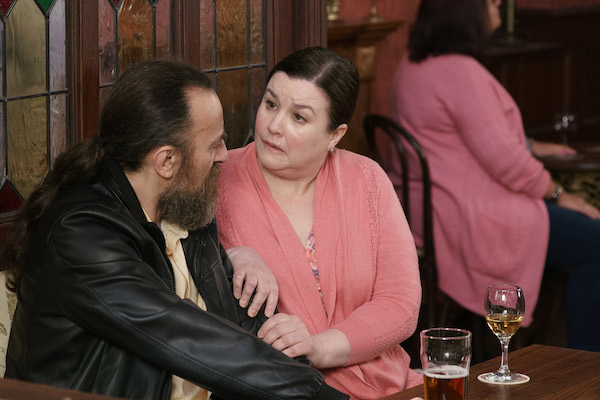 Mary describes a crazy dream she had to Tracy and reckons it’s a sign that she and Jan should be together. Acting on her dream, she tells Jan she’d like to take him up on his offer of a drink.

Jan worries Mary’s got the wrong end of the stick and tries to put her off, making out that the love of his life was killed by a cattle truck in Poland. But his plan backfires when Mary misreads the signals and gazes at him, dreamy eyed. 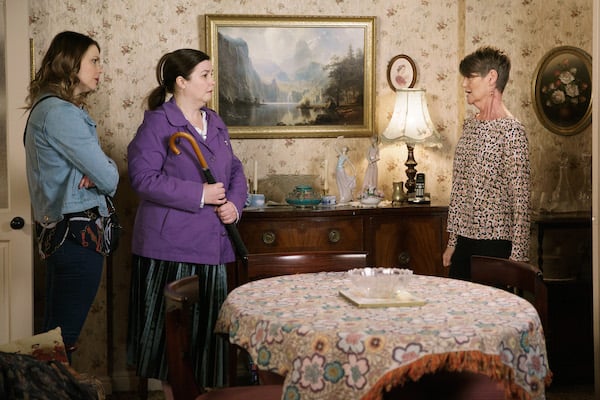 Mary and Tracy are shocked to find the door of number 3 open and Freda inside. Freda explains Norris asked her to sell the house.

Mary is angry that Norris has not contacted her. Freda gets out an ashes urn and puts a photo of Norris next to it.