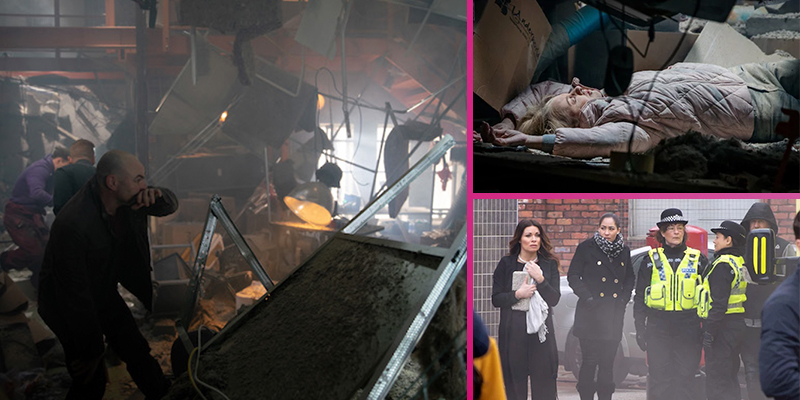 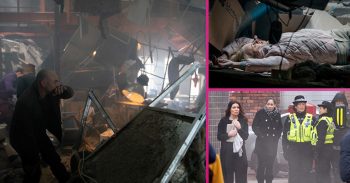 Carla goes after Peter, Kate and Rana prepare for their wedding day, and disaster strikes as the factory roof collapses in next week’s Corrie. 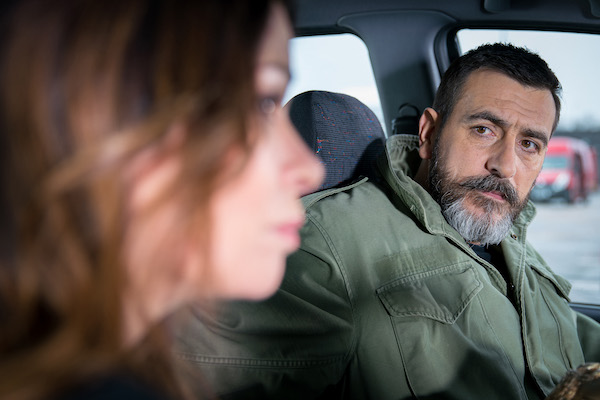 Carla is shocked to learn Peter has brought a new boat and is leaving. Kate urges Carla to go after Peter and tell him how she really feels.

On their way to Southampton, Ken answers a call from Carla and reveals where they are. Carla jumps in the car and tells a stunned Peter she loves him and begs him not to go. 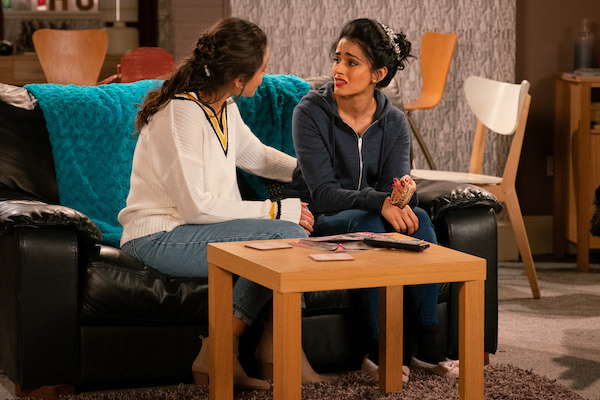 When Imran hands Rana a wedding gift from her mother she breaks down. She wishes her mother was there to share her big day.

With Rana emotional, Kate suggests they postpone the wedding. 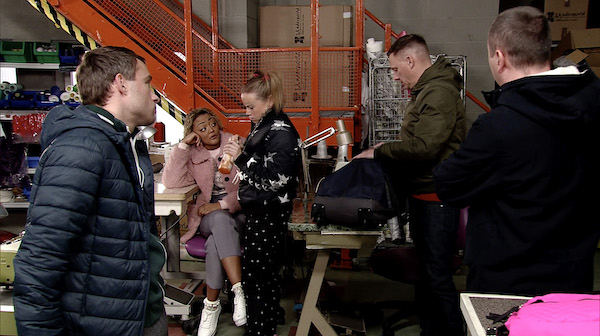 Nick assures Leanne that Carla won’t get away with her plans to cut him out of the business.

The factory staff plan to protest about Carla’s intentions by occupying the factory. Joined by Gemma and Emma they swarm into the building. 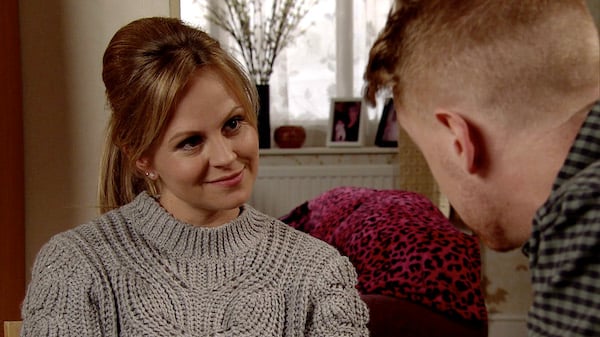 It’s Gary’s birthday. With the house to themselves a flirtatious Sarah tells Gary she intends to spoil him. 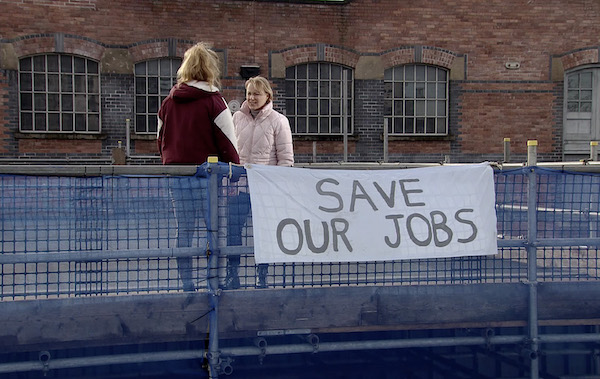 Sally and Gina climb onto the scaffolding with their banners. A row erupts between the sisters and months of tension comes spilling out.

Sally screams as she falls before the roof caves in. Everyone is buried under a cloud of rubble. Rana insists they go ahead with the wedding. As she gets ready she rings Kate to tell her she loves her.

Rana is hit with a sudden realisation and rushes out. Where is she heading? 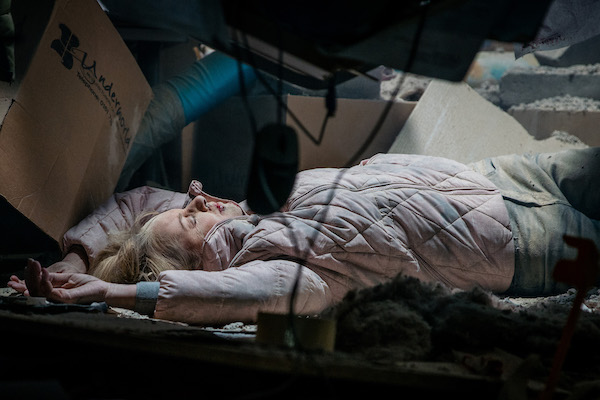 The bodies of the protesters can be seen slumped next to each other as water from a burst pipe seeps across the floor towards a live power cable. 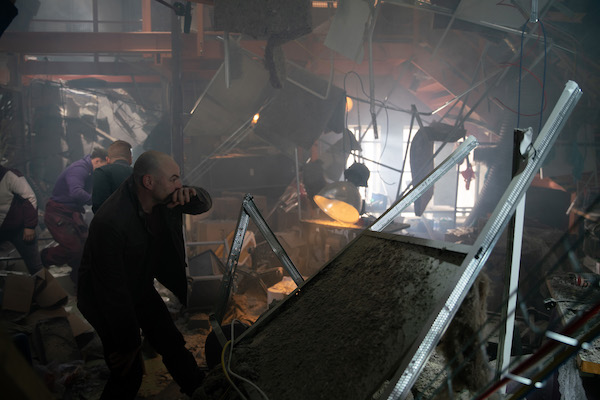 Tim, Abi and Tyrone force their way into the factory before the emergency services arrive. A loud noise signals the last section of the roof collapsing.

Debris falls on those still trapped. 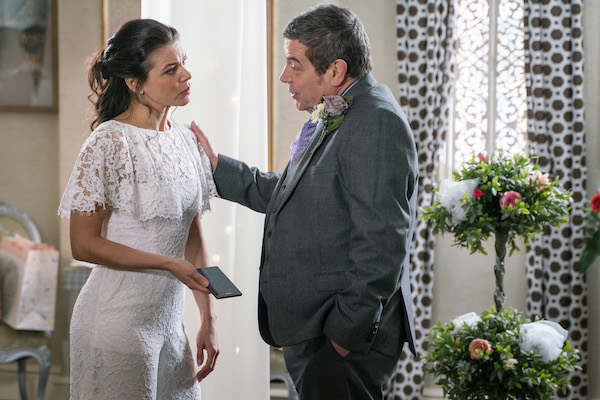 Kate paces up and down as she nervously waits for Rana. She receives a phone call to explain everything.

Rana insists they can still go ahead with the wedding. 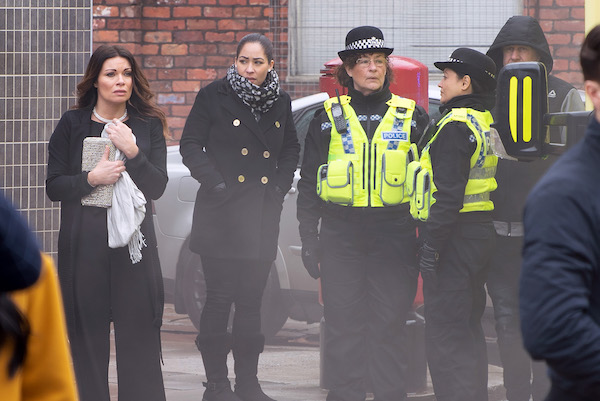 Standing outside the factory, Carla is consumed with guilt. She reveals she knew the roof was unsafe and chose to ignore it.

As news is delivered of a death in the factory, Carla breaks down.