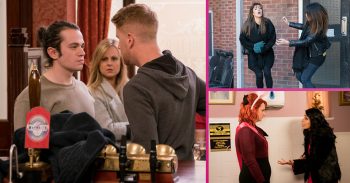 Kate and Rana's hen do doesn't go to plan 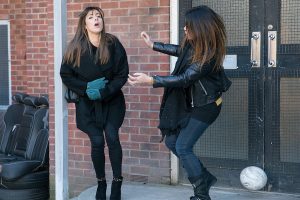 Michelle and Robert agree to do a pregnancy test. She confides in Carla but as the builders are kicking a football about and it hits Michelle hard in the stomach.

She goes to get checked over at the medical centre. The doctors do a pregnancy test that turns out to be negative. 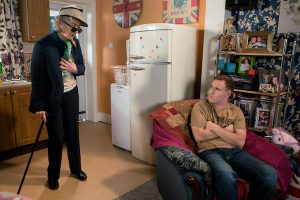 Evelyn tries to sneak back into number 9. She finds Tyrone waiting for her, furious at the worry she has put him through. 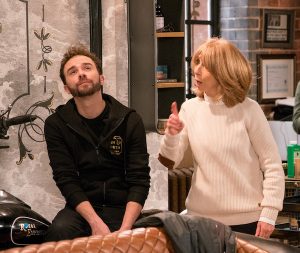 With Andrea gone and David snowed under with appointments, Gail insists on helping at the barbers. David soon gets wound up having her around.

He walks out when Nick says he’s given their mum a job. He refuses to work with her a minute longer. 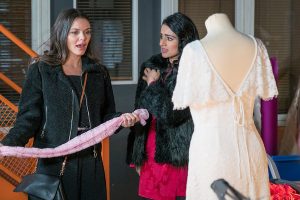 Kate and Rana want a small do at the Bistro for their hen night. They’re furious to learn Lolly went against their wishes and booked a male stripper.

Desperate to escape, Rana leads a blindfolded Kate to the factory. She reveals the bespoke outfit she made her for their wedding. 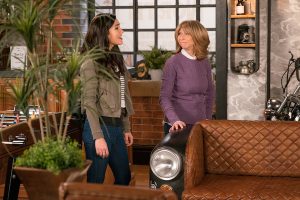 Gail announces she’s found the perfect candidate for the vacancy. Nick and David are stunned to see it’s Natalie. 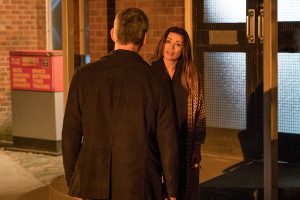 Robert is convinced Carla is stirring things between him and Michelle. He barges into the factory owner on the street and tells her she had better watch out. 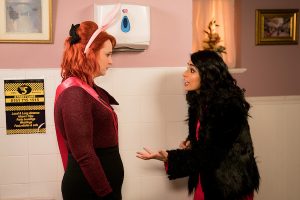 As the hen do moves to the Rovers, Lolly overhears Kate laughing at how desperate she is to impress. She confronts Kate and storms into the ladies.

Rana follows her to try and smooth things over. 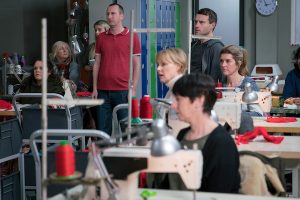 Nick returns to the factory and when Carla is out he goes through the accounts. He discovers Carla’s plan to outsource production.

Nick storms onto the factory floor and announces her plans to the workforce. They all fear for their jobs and feel betrayed. 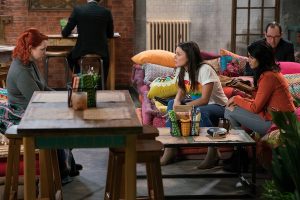 Kate and Rana un-invite Lolly from the wedding. A scorned Lolly accuses Rana of making a pass at her but is stunned when Kate says she doesn’t believe her.

Lolly flirts with Craig, charming him into letting her into the couple’s flat. What is she planning? 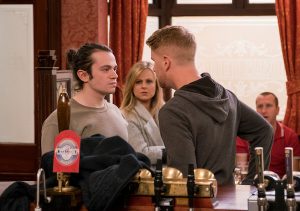 When Gary claims he has more work lined up, Jan is pleased but Seb isn’t. Sarah’s happy when Gary flashes the cash from a job claiming he was paid upfront.

Seb blames Gary for sacking him and storms out of the Rovers vowing to teach Gary a lesson. He watches Gary and Sarah head home with vengeful eyes.

Are you looking forward to next week’s Corrie? Leave us a message on our Facebook page @EntertainmentDailyFix and let us know what you think.