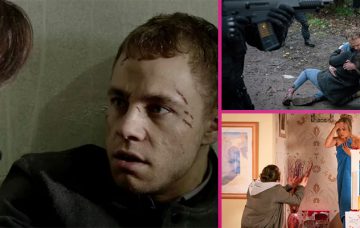 Could history repeat itself for David?

Seb has developed a crush and is unable to control his temper, Evelyn’s gone missing, and David could lose Shona in next week’s Corrie. 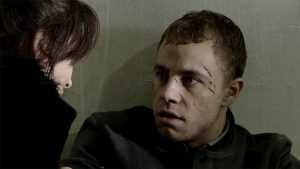 Shona tries to talk to Clayton. She manages to distract him and kick the knife across the floor.

She runs outside to be faced with armed officers. David worries as she runs back into the building. 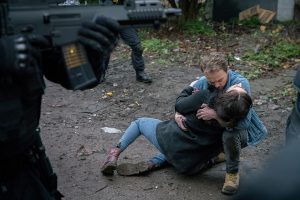 Shona staggers from the building covered in blood and sinks to the ground. Is history repeating itself for David? 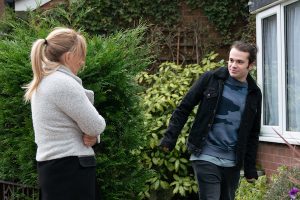 Sarah gets Seb’s job back after he helps her find missing Max. She discovers Gary is paying him a reduced wage.

She demands Gary increases Seb’s salary and Seb is grateful. 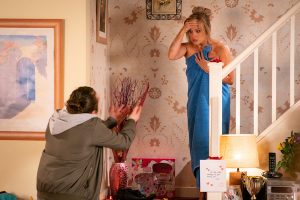 Eileen and Faye plan a surprise 18th birthday party for Seb, but he’s distracted by thoughts of Sarah and is thrilled when she says she has a birthday surprise for him after thinking everyone forgot.

Eileen tells Seb Sarah is looking for him. He finds a note at number 8 with an invitation to join Sarah in the bath… 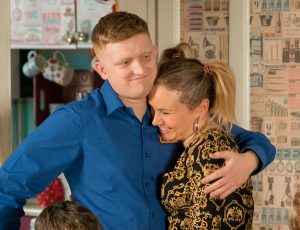 Chesney suggests Gemma should move in on a permanent basis. Gemma’s chuffed when Joseph gives his blessing. 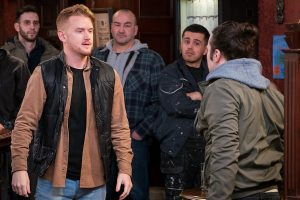 Seb hears Anton and the other builders laughing at a joke. Convinced it’s about him he squares up to Anton.

He has a go at Gary about Sarah and unable to contain his anger, a scuffle ensues and Seb finds himself out of a job. 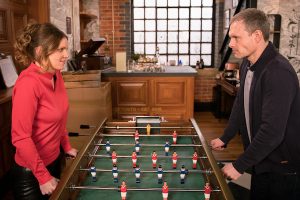 Nick is flirtatious when a woman he recognises pops into the barbers. He’s shocked when she reveals she owns a rival salon.

It gets worse when she tells Nick she intends to put him out of business. What is she planning? 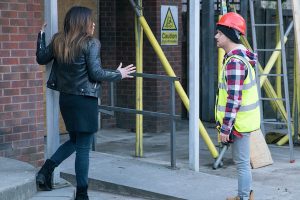 Carla wants a leak in the roof fixing and wants it fixed as cheaply as possible. 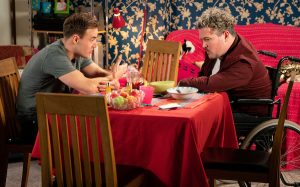 Tyrone is worried about Evelyn when James turns up with Cerberus and reveals how he became parted from Evelyn while they were away. He hoped that she made her own way home.

Tyrone and James phone hospitals hoping to find her. Where is she? 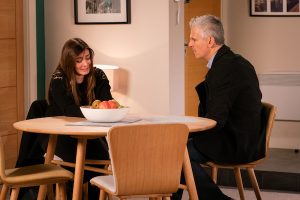 Robert tells Billy he would like to train up ex offenders from the bail hostel. However, his mind is soon on other things.

Michelle tells Robert she thinks she may be pregnant. How will Robert respond?

Are you looking forward to next week’s Corrie? Leave us a message on our Facebook page @EntertainmentDailyFix and let us know what you think.