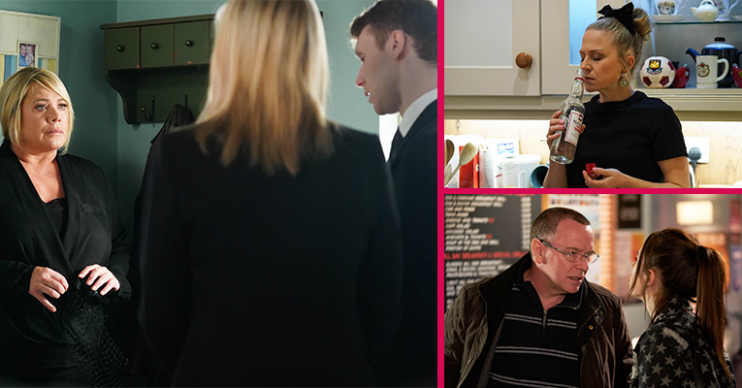 Phil has finally come out of hiding...

Next week’s EastEnders sees Phil make shock return, while Ian gets the upper hand over Dotty, and Linda fights her demons… 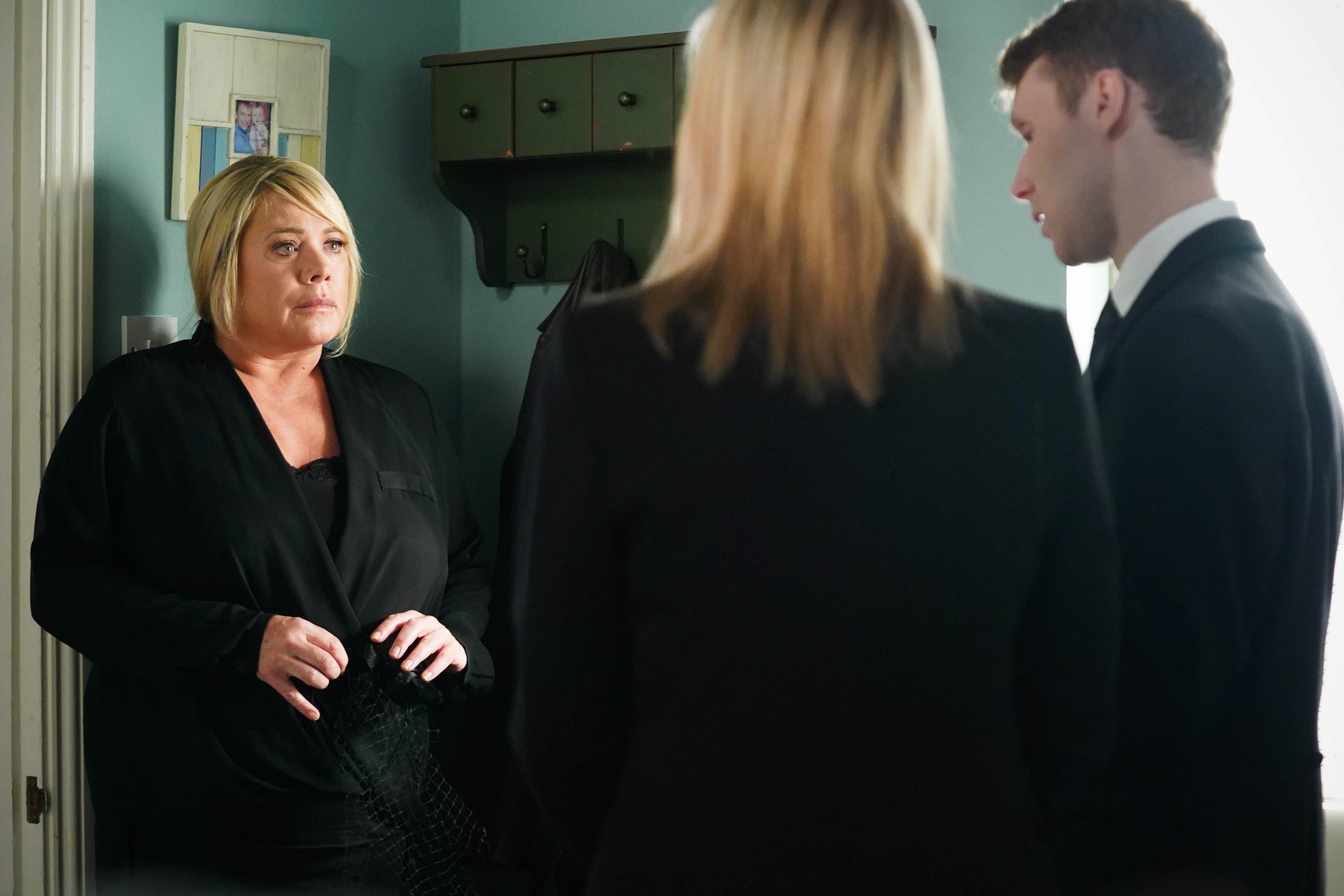 It’s the day of Dennis’s funeral, and devastated Sharon insists no Mitchell is welcome. 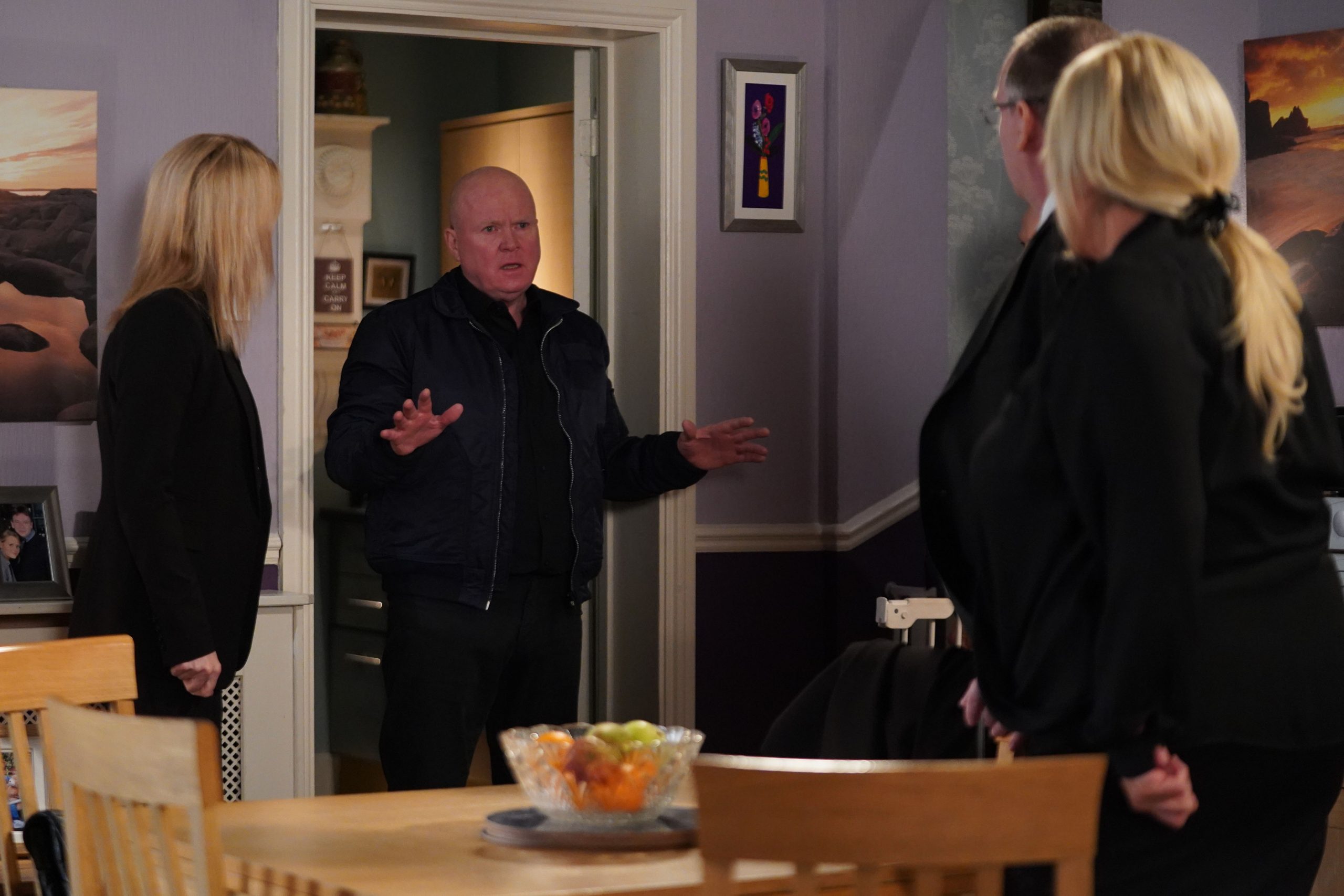 However, she’s left stunned when Phil turns up at the wake.

Sharon doesn’t want anything to do with Phil, but he forces his way into the Beales’ and Ian calls the police.

Sharon hurls insults at Phil but, when the police arrive, he scarpers. 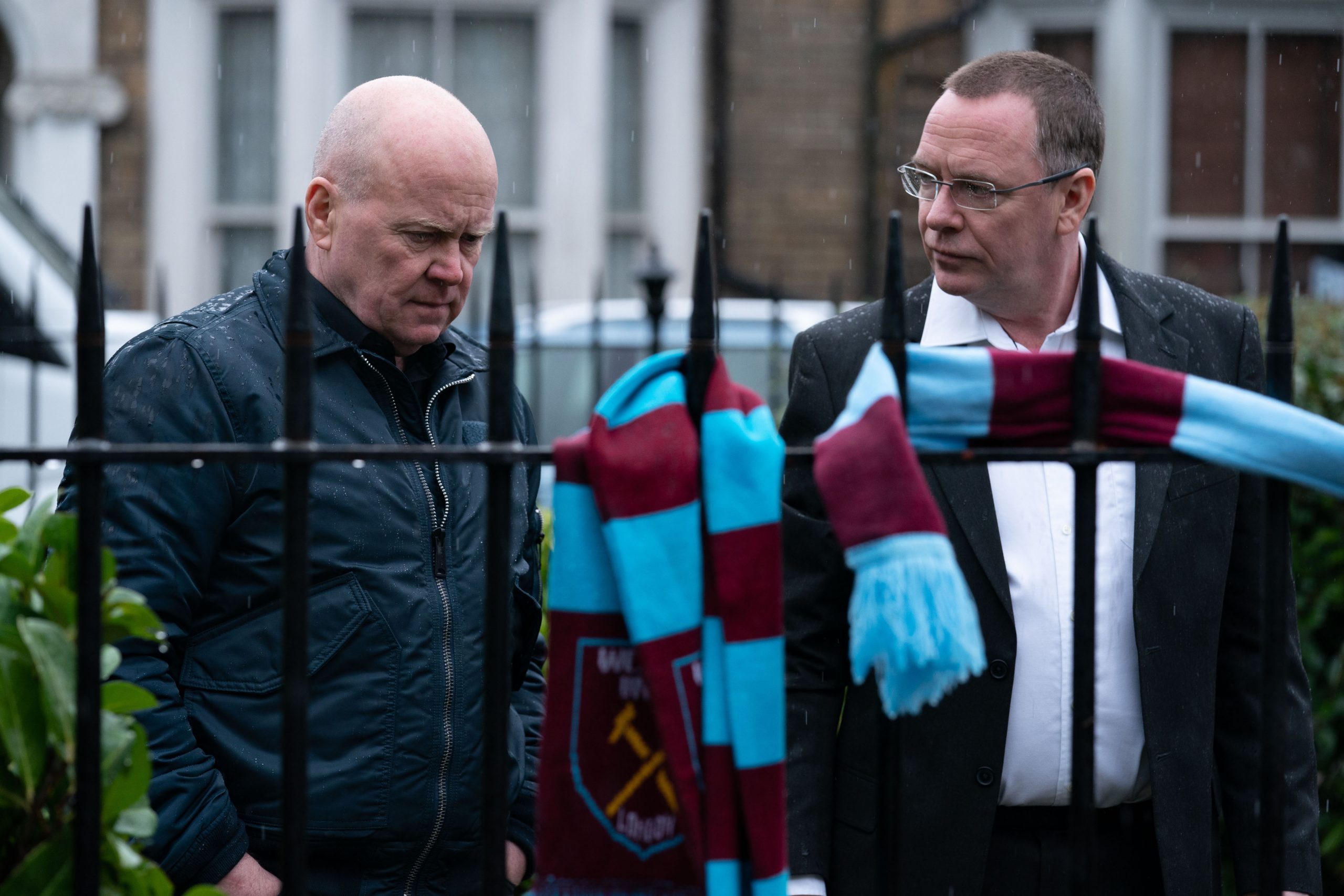 Later, Ian sees Phil in the Square and he’s shocked by Phil’s confession… When drunk Dotty causes havoc by stealing someone’s wallet, he chases her home.

Peter is forced to step in and save the day. 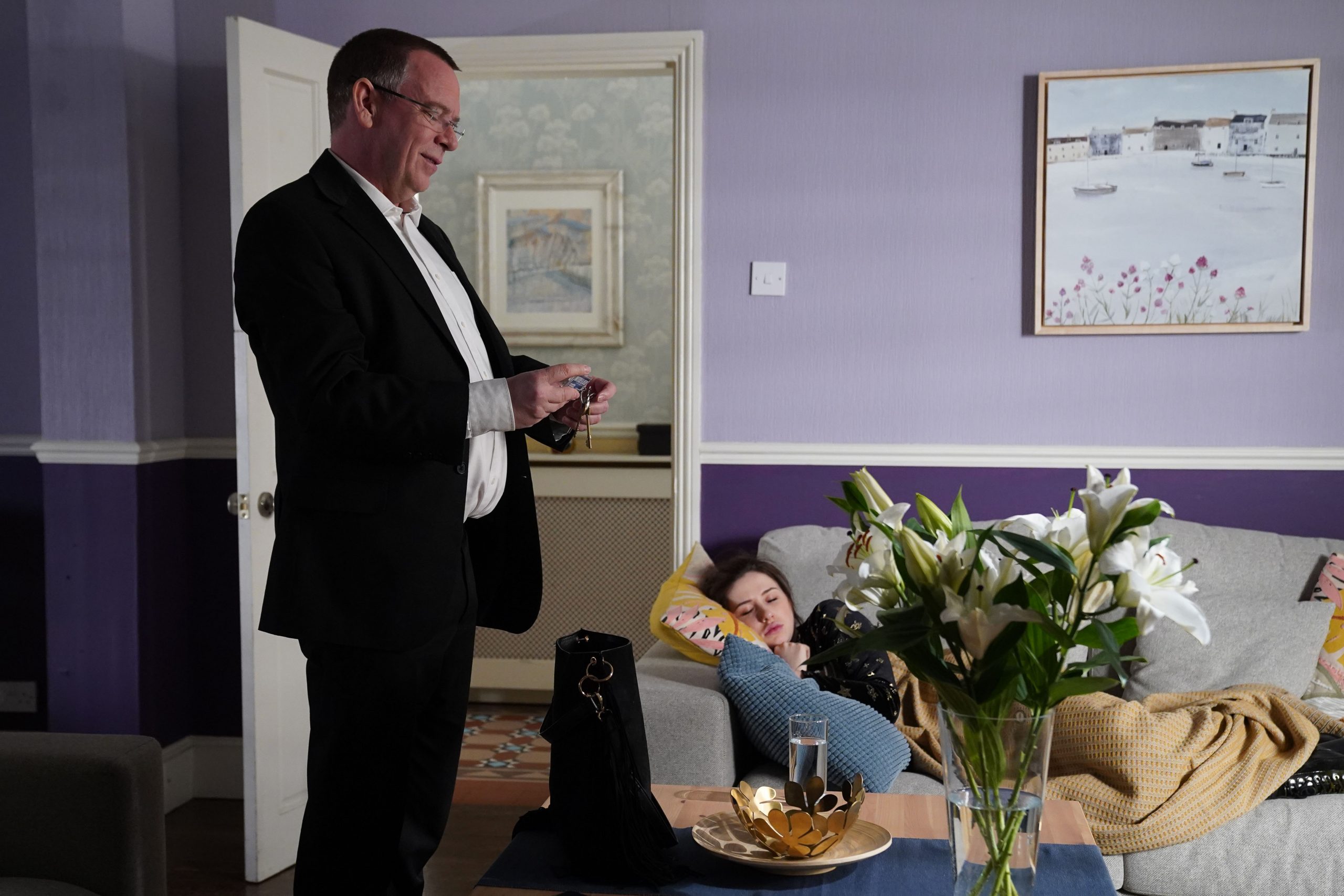 Ian sees Dotty sleeping on the sofa and rifles through her bag to find the keys to the Arches. 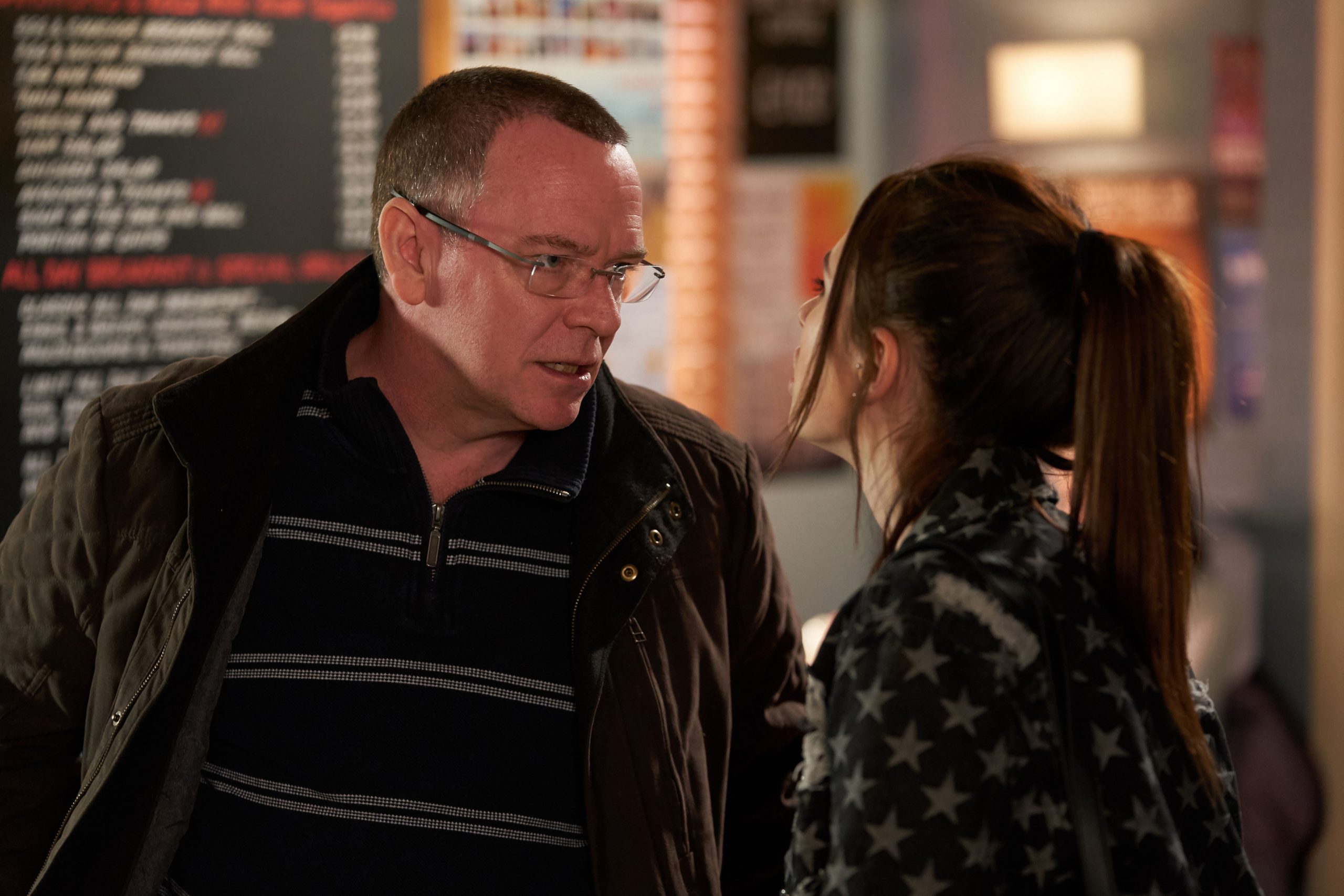 Ian gets his hands on the incriminating phone, and Dotty is fuming when she finds out he has destroyed it.

How long will Ian have the upper hand for?

Linda falls off the wagon 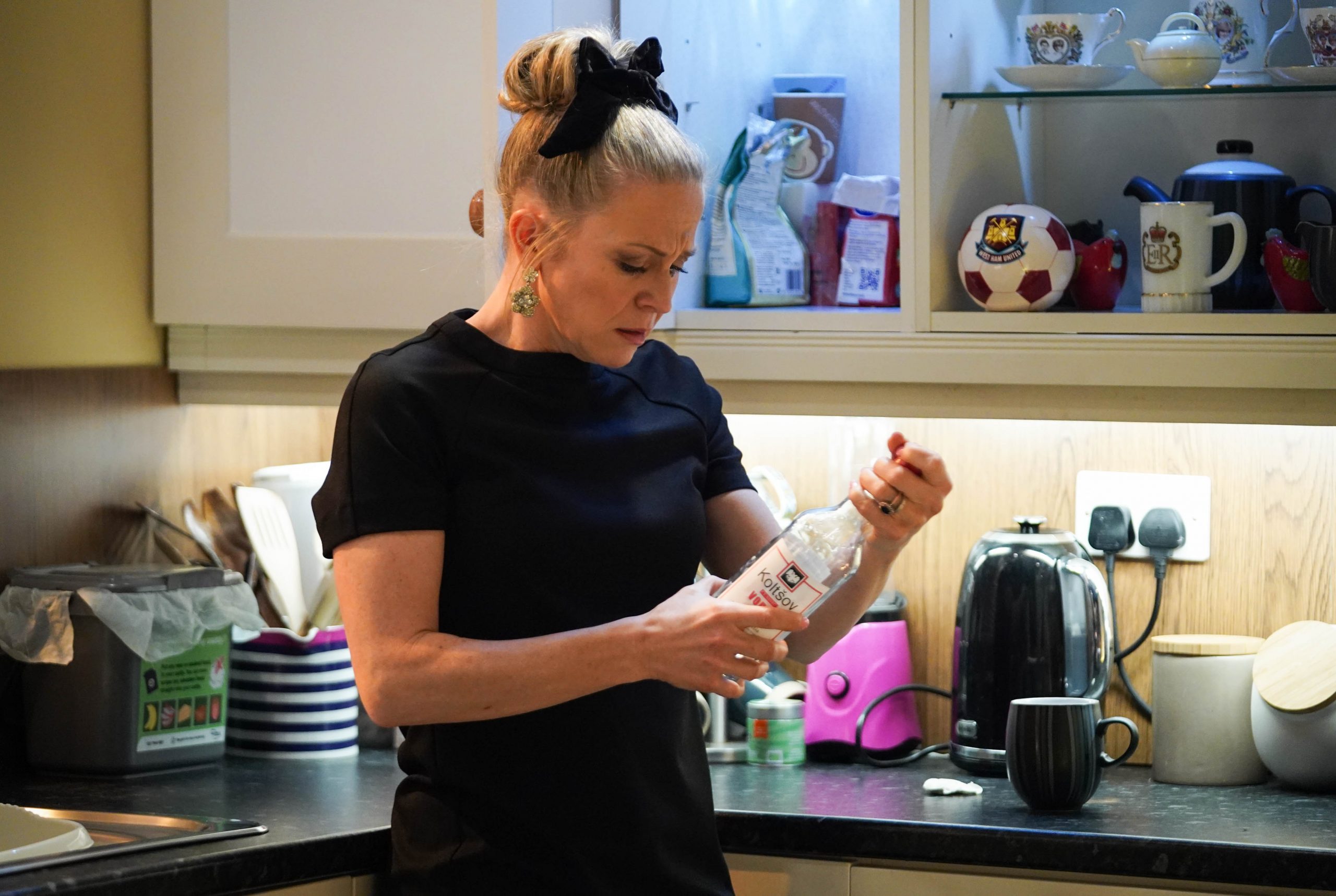 Linda tells Mick that she is ready to return to work behind the bar full time.

But when she finds Shirley’s vodka stash, the temptation is too much… 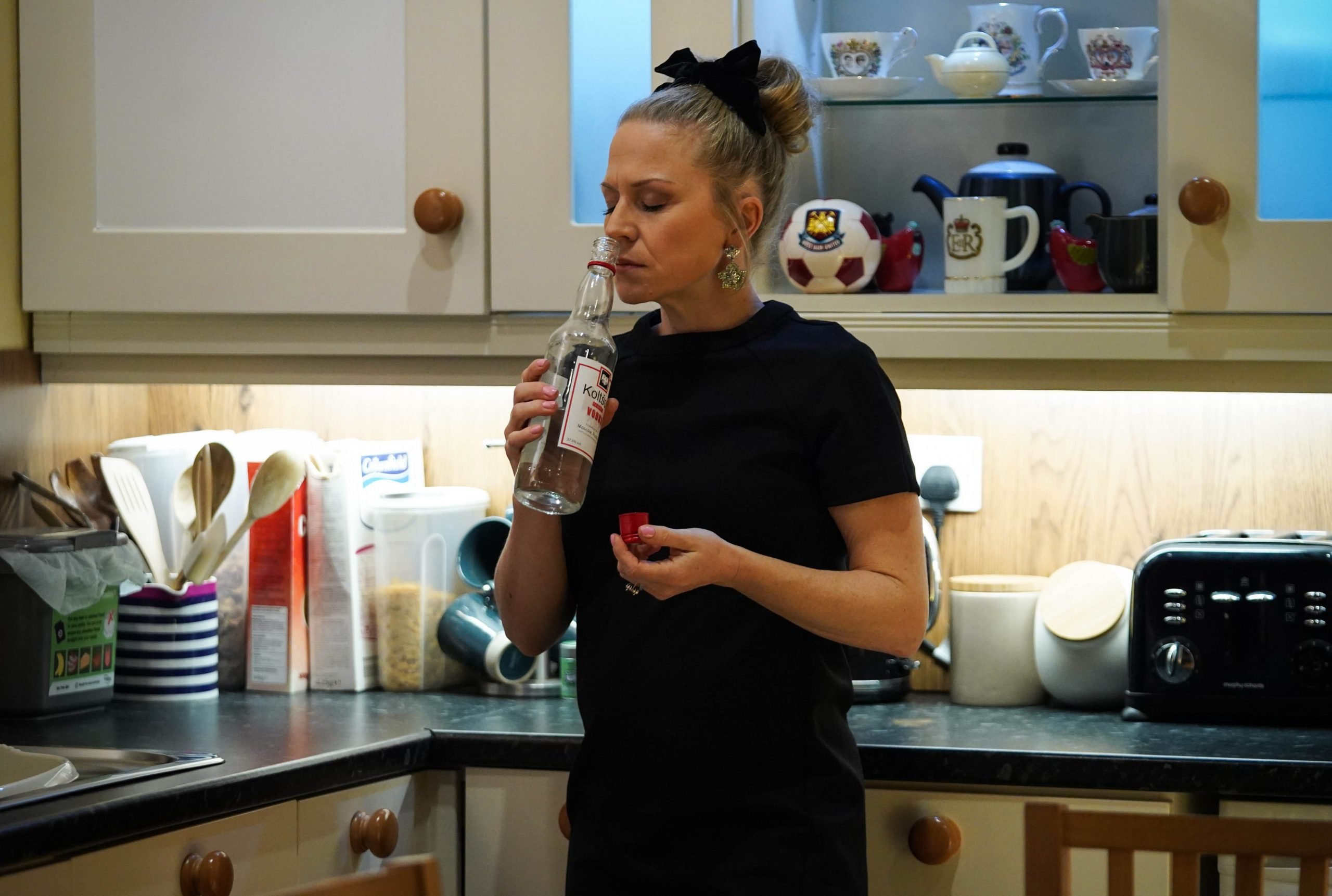 Linda pours herself a drink and gives into temptation. 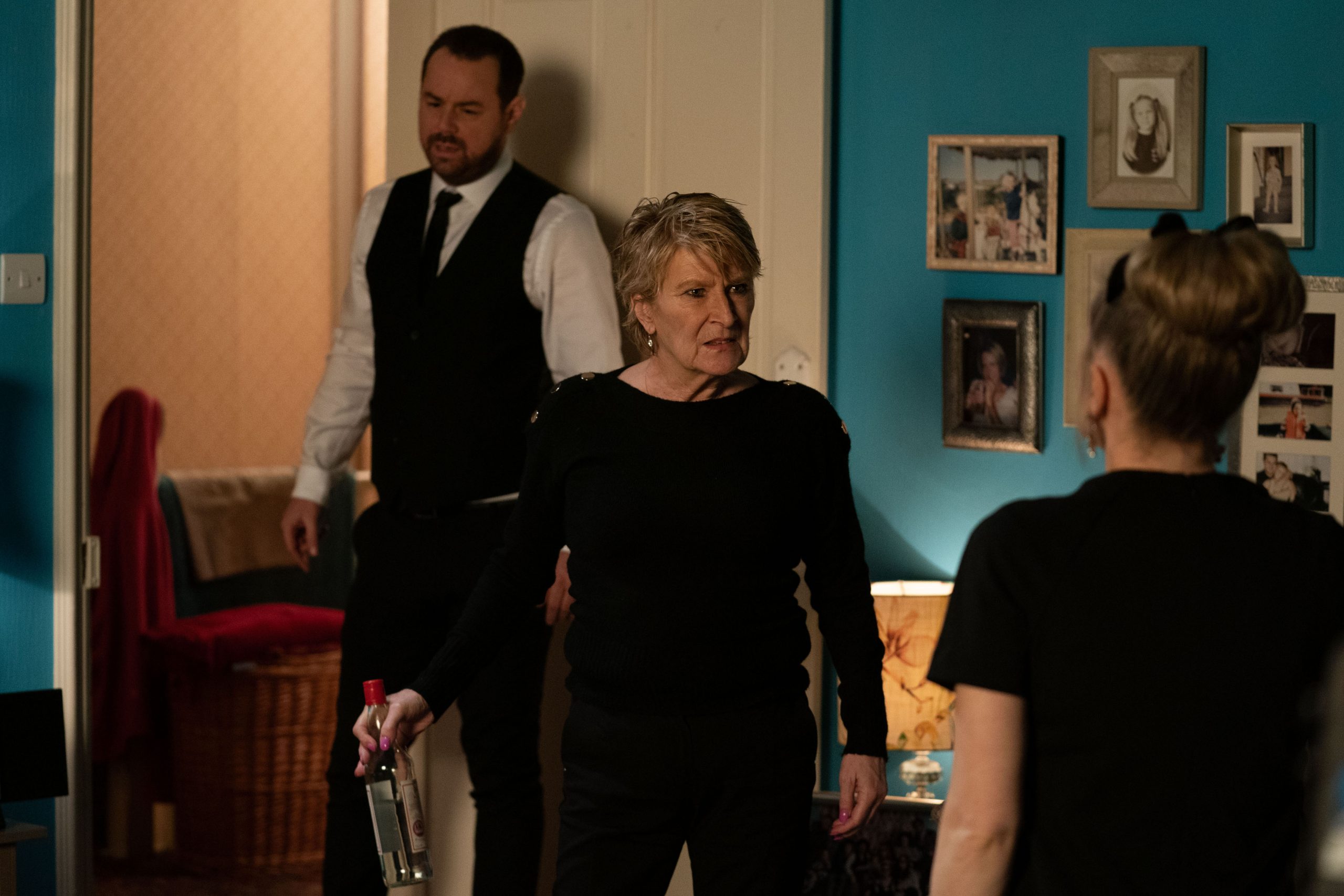 Shirley catches Linda red handed and when Mick arrives Linda admits that she had a drink. 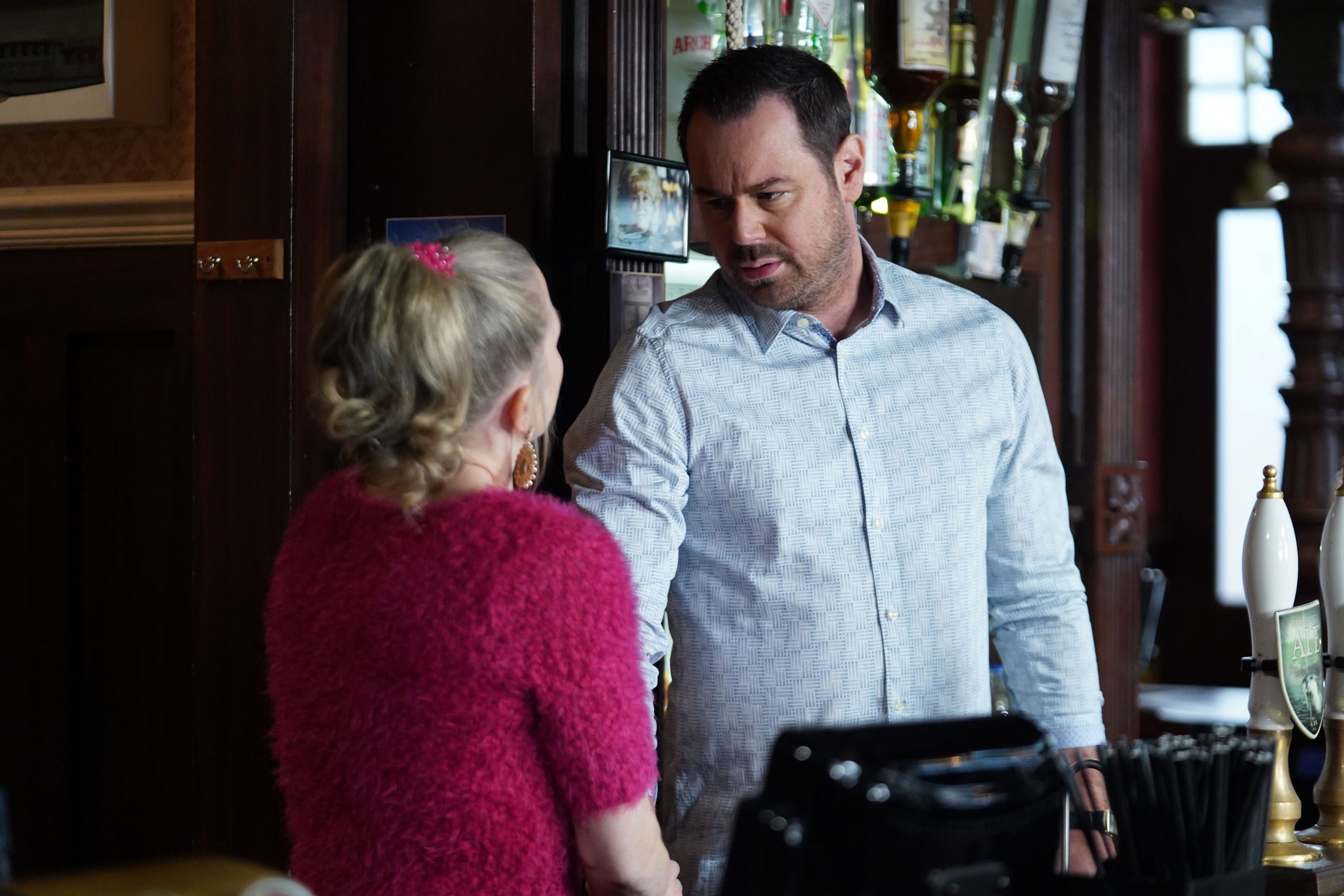 After speaking to Sharon, Linda suggests that she doesn’t work behind the bar any more… is this the end of Mick and Linda’s time at The Queen Vic?