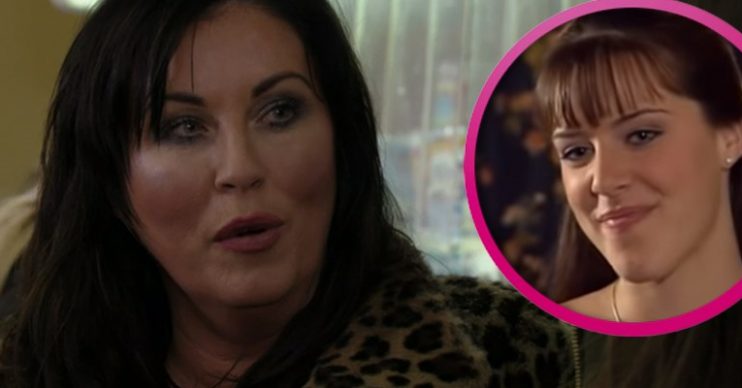 Fans of EastEnders were left shocked by Kat Moon’s confession last night as she told Bex Fowler how long it’s been since her daughter Zoe left Walford.

Bex has been considering leaving Walford for a fresh start after collapsing when she took contaminated drugs.

In Monday night’s episode of the soap (March 2 2020) Bex confessed to Kat that she wanted to go travelling for a year.

Mum-of-five Kat soon made an admission about her own daughter and her absence from the square.

In June, it will be 15 years since Zoe left Walford for Ibiza and fans can’t quite believe it.

While Kat lamented she’d bring Zoe home in a heartbeat if she could, but that was because as a mother she was selfish, it made Bex realise she need to come clean to her own parents.

Bex headed home to tell Sonia and Martin about her decision to go travelling in Australia.

Sonia was upset by Bex’s news, but will her exit only be temporary?

In January, it was announced that Bex actress Jasmine Armfield had quit the BBC soap.

Will Bex return in a year’s time, or will she start a new life somewhere else like Zoe?

During her five years on Albert Square, Zoe’s storylines included finding out her sister Kat was actually her mother and a tricky relationship with Dennis Rickman.

Zoe faked a pregnancy to keep Dennis, who was in love with his adoptive sister, Sharon.

Dennis’s dad, Den, eventually stepped in to get Zoe pregnant for real, but Dennis caught them in bed together and told Den’s wife, Chrissie.

The two women later teamed up for revenge and Chrissie killed Den.

Whilst Chrissie was charged with murder, Zoe decided to leave Walford and went to Ibiza.