Fans of EastEnders have predicted Dot Cotton, aka Dot Branning, will be killed off this week on the show's 35th anniversary as it's been announced June Brown has quit.

The actress, who recently celebrated her 93rd birthday, turned down a retainer contract, which would have allowed her to return to the show in the future.

Confirming her exit, the EastEnders legend said: "I don't want a retainer for EastEnders, I've left. I've left for good.

"I've sent her off to Ireland where she'll stay. I've left EastEnders. I did make up a limerick. It's a bit dirty. 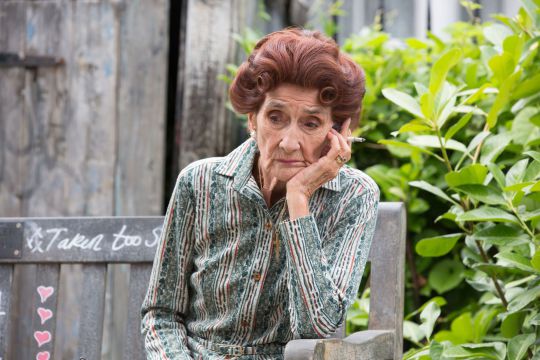 June will not be returning as Dot (Credit: BBC)

"I went back to do a good story. Alas and alack, when I got back it had gone up in smoke.

"I got a small part, a very small part. And that ended up as a big wet fart. Alas and alack, I will never go back."

But with the news of June quitting EastEnders coming the same week as the soap's 35th anniversary, fans have predicted that Dot will die off-screen. 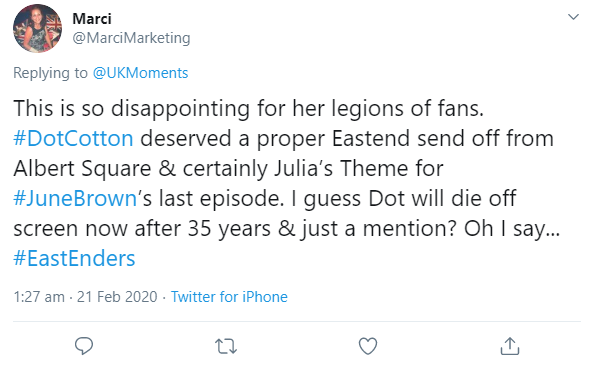 However fans don't have to worry as the soap have confirmed the door will still be left open for June to return.

According to The Sun, a BBC spokesperson said: "We never discuss artists' contracts, however, as far as EastEnders are concerned the door remains open for June, as it always has if the story arises and if June wishes to take part."

June has played the legendary Walford character for 35 years, joining the soap in 1985. 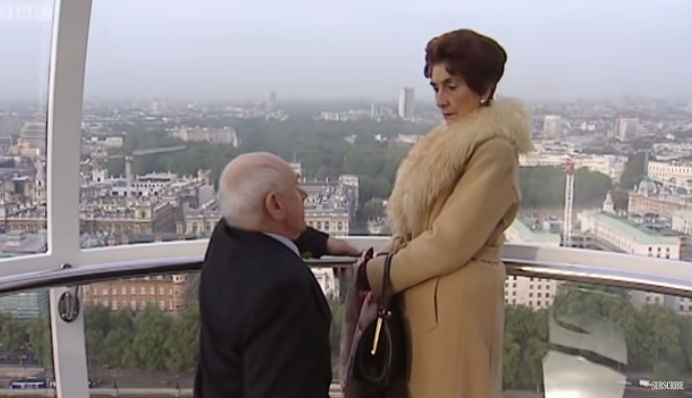 Read More: EastEnders' Whitney Dean will find out her fate in hour-long special next month

Dot was last seen last month. After discovering money was taken from her bank account, she was shocked.

Reckon Dot dies off screen tonight and everyone on the boat survives.

While viewers know it was her family member Sonia who took the money to pay off a blackmailer, Sonia's ex-husband Martin told Dot it was him who stole the cash. 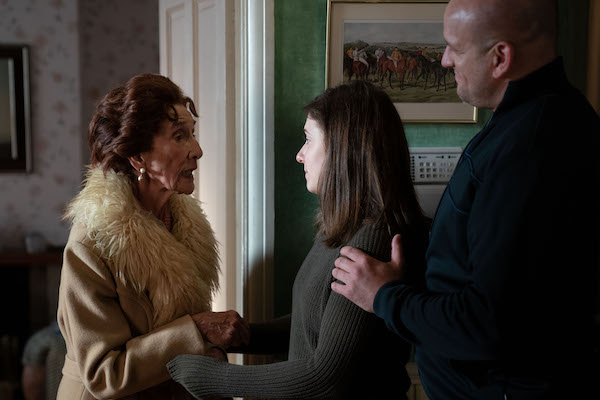 Deciding she didn't want to be in Walford, she left Sonia a note telling her she was going to Ireland.

Will you miss Dot? 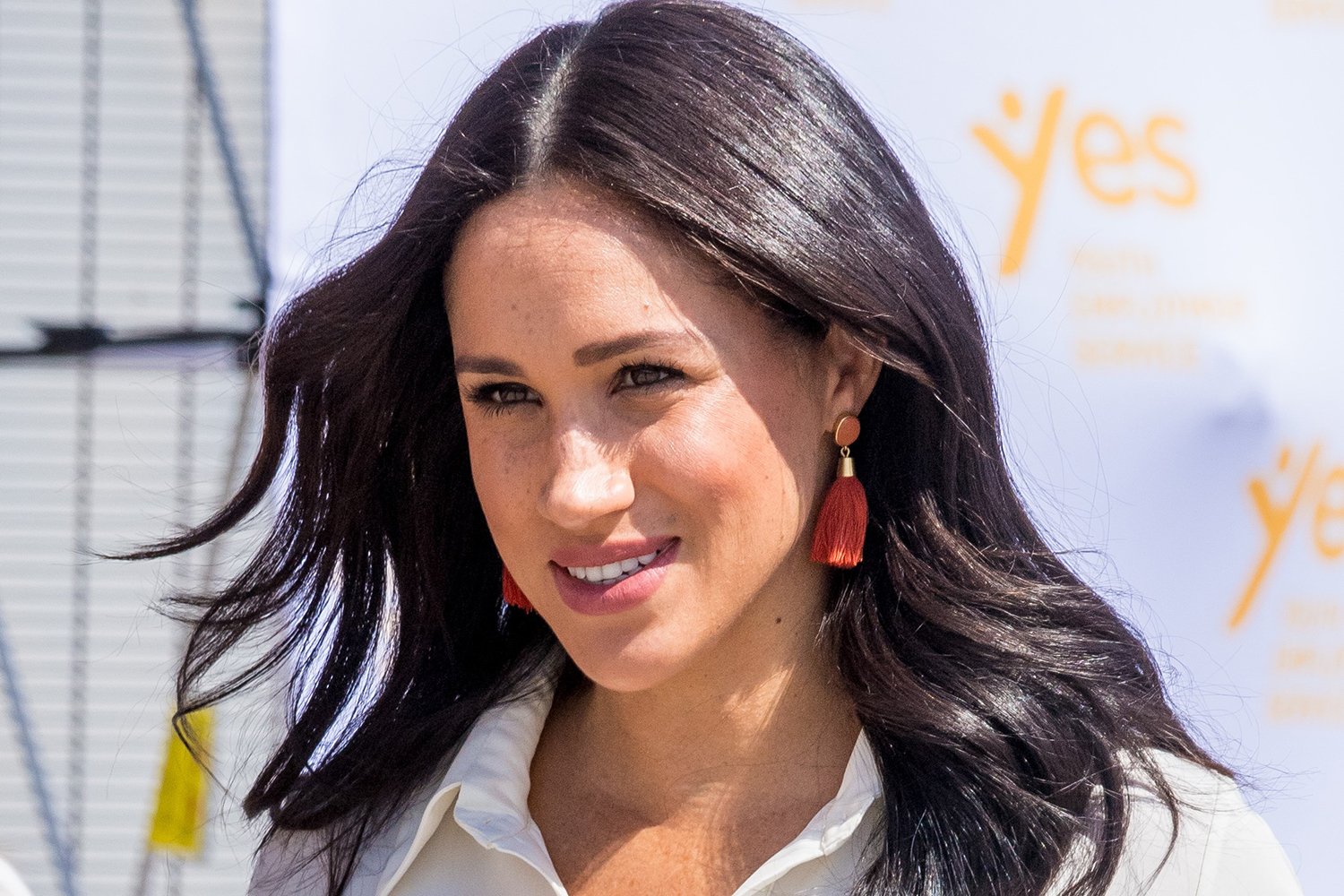 Meghan Markle 'heartbroken she can't visit her mum due to coronavirus'