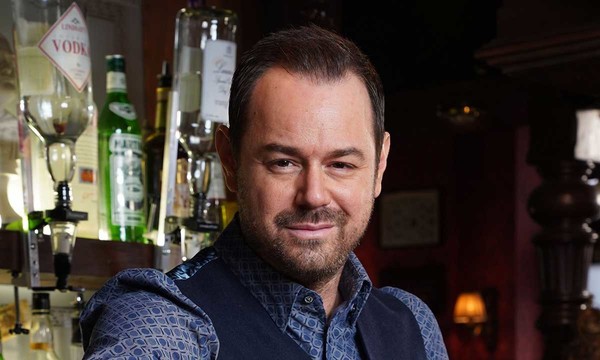 Is he a good husband?

Mick Carter is at his wits’ end with his wife Linda’s behaviour as she battles alcoholism in EastEnders.

In emotional scenes on Thursday (January 30), the couple had a ferocious argument where the pub landlord ran out of patience and told Linda: “I’m done with you.”

The couple have been torn apart by Linda’s dependence on alcohol, which has started to impact on their young son Ollie.

The pair had a huge row when Linda panicked that Ollie might be taken away after Mick told social services that Linda was an alcoholic.

She screamed: “Do you have any idea how hard it is being married to Mr Perfect? Only you’re not, are you?

“Having an affair with your son’s wife while I’m looking after my sick mother, leaving me to pick up the pieces when you went off to prison.

Read more: EastEnders fans threaten to give up on BBC soap over ‘ridiculous storylines’

In turn, he seethed: “Well you’re not now, are ya? Don’t talk to me about running a family. You couldn’t even run a bath.

“I’m making excuses for you, I’m defending you, I’m dragging you up from the gutter. Let me tell you something now – a lot of geezers would have turfed you out a long time ago.”

Mick is failing his wife.

Linda then spat back that she only drinks because she’s married to Mick.

After a scuffle over a wine bottle, Linda told Mick she “hated” him, which led Mick to reply: “You want to drink yourself to death? You do it. I’m done.”

Those watching from home were torn in half by the scenes, with some criticising Mick for being a “bad husband” and “massive baby”.

Writing on Digital Spy Forums, one said: “Mick is failing his wife. Not once have I heard Mick ask Linda why she has become an alcoholic. All I hear is him basically making it all about him and how it’s affecting him.

“I mean he knows her inside out and he knows this isn’t within her character which is why I find it quite alarming that he hasn’t once tried to get to the bottom of what’s happened to her.”

Another said: “I agree. Of course having a partner who is an alcoholic is a very hard thing. We shouldn’t underestimate how difficult it must be for Mick. But he is doing everything wrong.

“At first ignoring it. Then blaming and berating her then betraying her. With doses of covering it up.”

The critic continued: “Mick has continually let Linda down. Her rape became about him. Everything fell apart when she had to look after her mum – financially and domestically. He was weak enough to consider Whitney’s advances and see Linda looking after her mum as abandonment and betrayal.”

A third added: “I don’t blame Mick for Linda’s drinking and I can’t imagine how hard it must be to have a partner who is an addict.

“But I do blame him for being an utterly useless and unsupportive husband and I believe this has contributed to the fact she drinks.

“Every time Linda has needed Mick he has let her down. When she was raped by Deano, Mick was playing happy families with Shirley while she was still accusing Linda of lying about the rape.

“When Linda had to care for Elaine, Mick’s incompetence almost lost them the family business and their home. Not to mention the fact he was cracking on to Whitney and let his own mother go to prison for him.

“When Linda had cancer, Mick threw a massive tantrum because she told Woody before him. Now she’s drinking and not only is he arguably making it worse, but he’s making it all about himself and how he can’t cope with it. Mick will always put his own needs before that of his wife’s. He’s a massive baby.”

“Yes the judgement coming from Mick towards his wife definitely isn’t helping,” said another. “He has a very inflated opinion of himself.”

However others don’t believe Linda is blameless, with one saying: “They’re both as bad as each other. Linda has a spiteful mouth when she has a drink down her and she belittles Mick’s mental health.”

Another said: “I don’t think Mick is failing Linda. I think that Linda has had enormous issues to deal with and has always tried to be the sunny positive one but obviously something’s cracked and she needs the crutch of alcohol to deal with it now.

“Mick is trying hard, he rationed her drink, he tried locking her away, he tried rehab but she wouldn’t go, he tried begging, he tried pleading and now he’s tried social services for help. But Linda needs to realise she needs help herself and ask for it.”

They added: “I think it’s a genuine honest reflection of life with an alcoholic in the family.”

“Mick is just way out of his depth,” sympathised another, while one more added: “I think there are a few people who might not have had any experience of living with or loving an alcoholic, and the toll it takes on you.

“Of course the moral judgement doesn’t help, but it’s very difficult not to be angry and bitter when the person in front of you is not just sabotaging their own world, but everyone around them, and they care about absolutely nothing other than having a drink.”

Spoilers tell us that Mick will eventually find comfort in the arms of his ex-fling Whitney Dean.

Will he and Linda split for good?

Do you think Mick has failed Linda? Leave us a comment on our Facebook page @EntertainmentDailyFix and let us know what you think!