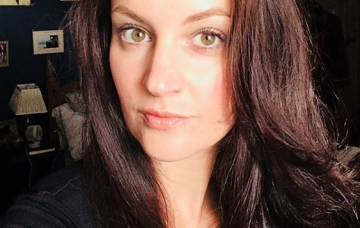 Paula Lane has now moved on from soap fame

Coronation Street actress Paula Lane has compared leaving the series to getting over a death.

The soap star, 32, played Weatherfield’s Kylie Platt for nearly six years before her character was killed off in a brutal street stabbing in July 2016.

And although Paula has revealed she no longer lingers over memories of her time on the cobbles, the mum-of-two has also said she ‘mourned’ the role after leaving.

Speaking to the Express, Paula reflected on the differences between the Kinky Boots musical she is currently rehearsing for and the part that made her famous.

“I’m moving into a completely new world,” she said.

“I don’t really think about it any more, to be honest, there’s just too much going on.

“And that’s a lovely thing, don’t get me wrong.”

Paula continued: “When I left, I really mourned that part, it was like a process I had to go through as an actress.

“I’d been playing her for so long and I loved my fellow cast members dearly and I genuinely mean that.”

She laughed: “And I was about to have a baby as well, so emotionally that didn’t really help! But now, things have changed for me.

Viewers were heartbroken as Kylie died in husband David’s arms after being attacked by Clayton Hibbs, just as they were set to move to Barbados to start a new life together.

Blimey a year ago! I miss these faces xx

David may have recovered faster than Paula, however.

Within too long he had shacked up with Clayton’s mum Shona and – although the course of true love never runs smooth in soaps – the couple are still together.

Paula, who marked the first anniversary of her soap departure by posting a throwback snap of her onscreen family on Instagram, will play factory worker Lauren in a touring version of Kinky Boots as the West End smash heads to venues nationwide next month.

Do you miss Kylie Platt in Corrie? Let us know what you think of this story by leaving us a comment on our Facebook page @EntertainmentDailyFix!