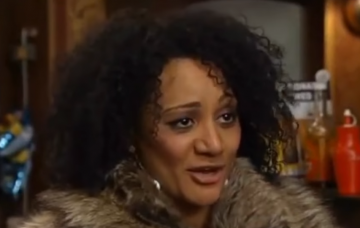 She welcomed her son last month

Tupele simply captioned the picture with a blue love heart.

She welcomed her son Maddox on January 7 of this year with her husband Mark Flanagan.

She shared the exciting news with her 15.6K Twitter followers.

So it looks like @naganalfmark & I also have a new job that started on Monday….Meet our son Maddox 💖 pic.twitter.com/Aj0RJgsuH4

She captioned the post: “So it looks like @naganalfmark & I also have a new job that started on Monday… Meet out son Maddox” [sic]

Tupele is best known for her role as Kelly Crabtree in the ITV soap Corrie. She played Kelly for six years from 2004-2010 when her character left the street.

Kelly worked in the factory and behind the bar of The Rovers Return during her time on the cobbles.

The fiery character also had many fights on the soap including with Janice Battersby and Becky McDonald.

She had a relationship with Lloyd Mullaney on and off for years until she had a one-night stand with his best friend Steve McDonald, after which he called off the relationship once and for all.

She has also made appearances in Waterloo Road, Casualty and played regular character Dr Berrington in Hollyoaks form 2015-2016.