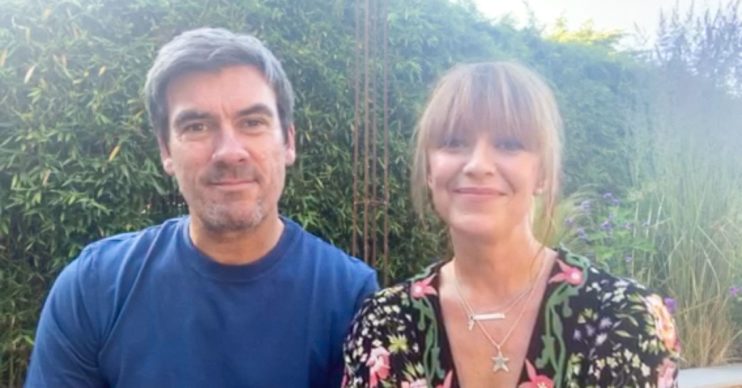 Jeff and Zoe have been growing fruit and veg for years

Zoe, who plays Rhona Goskirk in the ITV soap, posted a picture of swede that she and Jeff have grown in their garden. The Cain Dingle actor also posed proudly with their latest produce.

Alongside the photos, Zoe wrote: “I’m not bragging (I am) but we’ve never grown swede before, however, we’ve had a first time success… and we are thrilled.”

Their followers, friends, and fellow allotment owners commented on the post sharing their success stories.

One wrote: “Yay! This is mine and my son’s first haul of veg from our allotment. We are definitely winging it haha. Loving it though.”

We’ve had a first time success… and we are thrilled.

Recently she shared images of some delicious looking courgettes, cauliflowers, redcurrants and berries.

While they make their veg for themselves, the two also share their produce with their co-stars.

Read More: Emmerdale SPOILERS: Leyla discovers who her tormentor is

It looks like the allotment kept the couple busy during lockdown while they were unable to film at Emmerdale.

They also appeared to keep busy with their latest family member Ronald.

Back in June, Jeff introduced their new family puppy on Loose Women revealing he had been a “great focus for all the family”.

As well as Ronald, Zoe and Jeff also have a son named Stan, a daughter named Violet and another dog named Rita.

Have you been growing fruit and veg in your own allotment? Leave us a comment on our Facebook page @EntertainmentDailyFix and let us know what you think of this story.