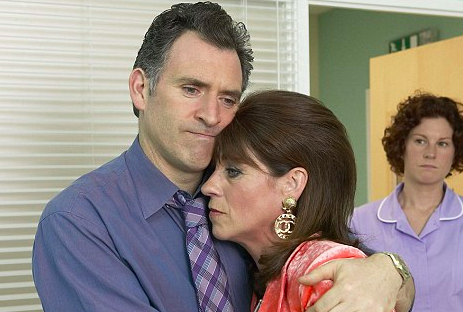 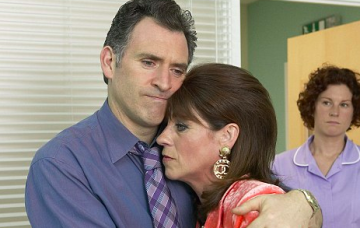 Emmerdale’s Viv Hope to return from the dead?

Emmerdale fans are convinced Viv Hope could make a shock return from the dead.

The legendary post office owner was killed off in a shock explosion in 2011 leaving behind her husband Bob and their twins Heath and Cathy.

Fans were left devastated by her death after 18 years on the show.

And now they are calling for her to return from the dead to take over her old business premises and revive the place.

One viewer tweeted: “Boring Brenda completely sucked the life out of the cafe setting. Sack her and bring back Viv.”

A second added: “Maybe we could learn it was her long lost twin who died in the fire and the real Viv shows up and we have a Bob/Laurel/Viv triangle?”

Another commented: “Would have been great to bring back Viv but due to the all too often decisions to axe they killed her off in the fire after the explosion at the Post Office (now the cafe).

“Such a shame they could well do with a character with as much personality as her.”

“Ugh bring back Viv from the dead please!”

Viv didn’t even get an on-screen funeral after the explosion, with it instead taking place in her hometown of Essex.

Actress Deena Payne recently admitted she felt let down by her on-screen exit of lying unconscious on a sofa as she burned alive.

Speaking on Loose Women she said: “I had a little bit too much wine and all of a sudden I was burnt to death but there we are.”

She added: “It would’ve been nice [to have a more dramatic ending].

“When you’ve worked in a soap and ridden the waves for 18 years it’s quite nice to be remembered for your exit, which I will be because I didn’t shout for help.”

Do you want to see Viv back in the village? Leave us a comment on our Facebook page @EntertainmentDailyFix and let us know what you think!