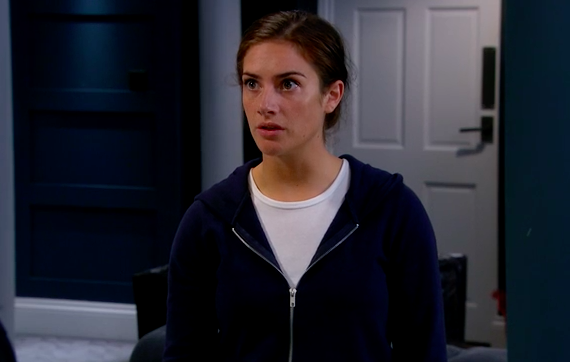 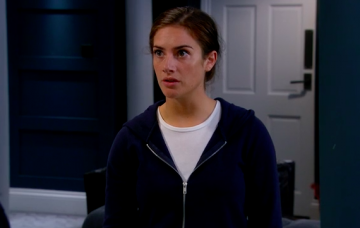 Victoria Sugden is finally going to discover the truth about Emma Barton’s murder in Emmerdale.

The chef has struggled to get over her husband Adam Barton leaving her to go on the run to escape the murder charge.

Viewers know how Adam took the blame for Emma’s death after discovering his mum Moira had been somewhat responsible.

Driven to the brink by her own turmoil at Emma’s own crimes, Moira was there when Emma jumped off the bridge herself.

And knowing that Moira faced years in prison for Emma’s death, Adam took the blame before escaping from custody and fleeing to Europe.

But as Victoria has been able to begin to move on and accept what Adam did, this week his brother Matty discovers the truth.

And she’s not happy.

In a first look spoiler clip Victoria is furious when she discovers that not only did Moira keep this hidden from her, but that her own family knew.

She storms into her brother Robert’s house to confront him, but for a change he doesn’t actually know what she’s talking about.

Victoria tells him and boyfriend Aaron Dingle: “What happened to you two being honest with me or was that too much to ask?

“I know the real reason that Adam left. Don’t lie to me Rob, I’m sick of being lied to.

Her discovery is set to cause shockwaves through the village but could leave fans feeling very happy.

With the truth out, Adam could be cleared to return to the village and rejoin his family.

Actor Adam Thomas has recently taken on a new career as a property manager during his acting downtime, so he could be open to a return.

Do you want to see Adam return to Emmerdale? Leave us a comment on our Facebook page @EntertainmentDailyFix and let us know what you think!