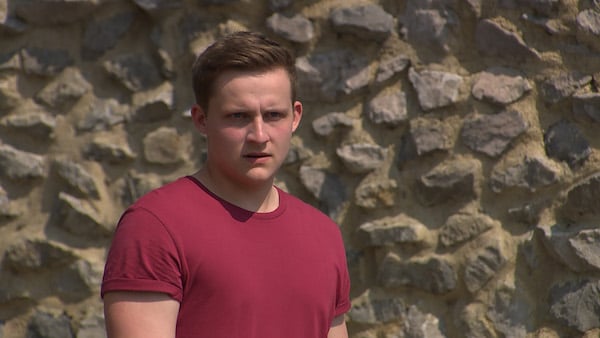 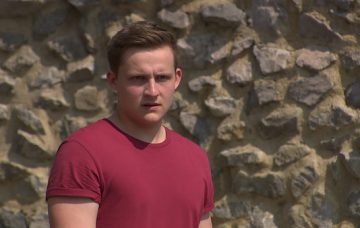 What's his next move?

Thomas Atkinson’s portrayal of Lachlan White has had Emmerdale fans on the edge of their seats for months.

However, it was only a matter of time before his crimes caught up with him…

Last night (Thursday 6 September), the twisted teen’s world was turned upside down when police finally tracked him down and arrested him.

But not before the love of his life, Belle, was hit by a car and left fighting for her life in hospital.

At the end of the explosive week of episodes, Lachlan was behind bars – but for how long?

While fans predict the serial killer will escape, actor Thomas Atkinson has hinted that his departure from the soap isn’t too far away.

In a recent interview with Inside Soap, the 21-year-old actor chose his words very carefully when discussing his future…

Whilst the actor refused to confirm or deny the details of his character’s comeuppance, he did hint at a possible departure when he admitted he was going to miss the soap’s cast and crew the most.

He said: “You’ll have to wait and see. Every character does get their comeuppance eventually, so I will miss playing Lachlan if and when it does eventually come.”

KNOCK, KNOCK.
WHO'S THERE?
LACHLAN…

Will Robert be his next victim? #Emmerdale pic.twitter.com/bTm2O84ND6

He added: “When I think about it, I’ve spent a quarter of my life on Emmerdale, and that’s a long time for anybody.

“I was quite a shy person when I joined, but I feel like I’ve grown out of that now. The people are what I’ll miss the most.

“I remember a speech that John Bowe made on his last day. John has worked on a lot of stuff – he’s done James Bond and things like that – but I remember him saying that Emmerdale had the best crew he’d ever worked with, and I agree with him.”

It sounds pretty final to us!

Right now, Lachlan is languishing in jail after confessing his crimes.

But he has one last trick up his sleeve – the whereabouts of Rebecca White.

Using her as leverage, a smug Lachlan thinks he can negotiate with police.

Will Lachlan be Lucky one last time?

How would you like to see the Lachlan White storyline end? Leave us a comment on our Facebook page @EntertainmentDailyFix and let us know what you think!