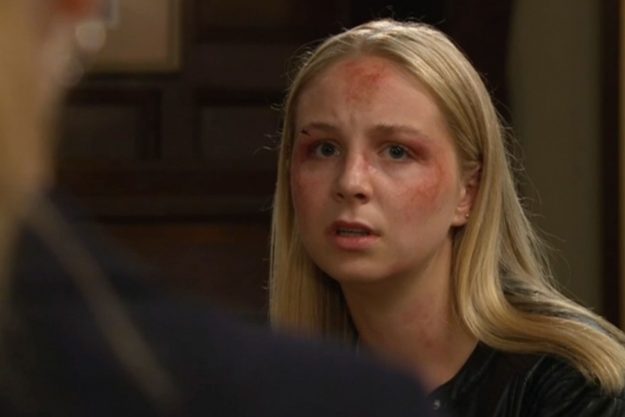 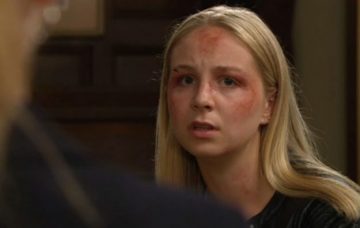 Emmerdale’s Robert Sugden to save Belle Dingle from jail?

She's in the frame for murder...

The young teenager has been to hell and back thanks to now ex-beau Lachlan White – and her ordeal is far from over yet.

In fact, it might be about to get much worse.

Belle was horrified when she recently discovered she was dating a deranged serial killer, who had murdered his own mum, grandad and best friend in cold blood.

As Lachlan went on the rampage in Emmerdale, he took her hostage declaring he’d done it all for her.

Until now, Belle had been safe from his fury because he loved her. But that all changed this week…

On Thursday (13 September), fans were aghast as Lachlan drew Belle into his sick game by telling police she had been his accomplice all along.

While some fans called out the police for believing Lachlan’s twisted lies, they did appear to be taking his outrageous claims seriously.

And viewers have declared Robert Sugden to be her saviour.

After the double bill aired, astute viewers were quick to point out that Robert could easily contradict Lachlan’s lies, as he was in the room when the killer confessed everything to Belle.

One wrote: “Surely Robert can just say belle didn’t know anything as he was there when she found out?”

Another added: “You’ve just killed the storyline in 30 seconds. Robert was there when Lachlan confessed to Belle. Load of rubbish. Don’t drag the Rebecca thing out now too.”

Surely Robert can just say belle didn’t know anything as he was there when she found out? #emmerdale

If they believe that they are absolutely stupid! Robert was there when Lachlan confessed! He can tell them that Belle had no idea. #Emmerdale

It's not Belle's word against Lachlan. Remember Robert was there when he confessed.

A third cried: “If they believe that they are absolutely stupid! Robert was there when Lachlan confessed! He can tell them that Belle had no idea.”

Will Robert speak up in Belle’s defence if the allegations go any further?

Or will he be too distracted tracking down Rebecca?

How would you like to see the Lachlan storyline end? Leave us a comment on our Facebook page @EntertainmentDailyFix and let us know what you think!