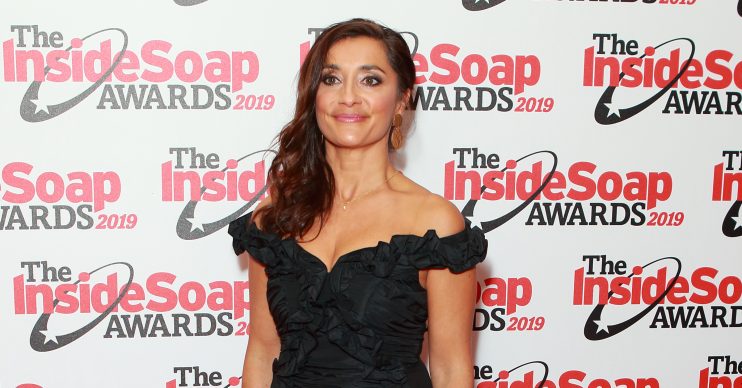 Actress Rebecca Sarker, who plays Manpreet Sharma in Emmerdale, has hinted at her character’s Christmas storyline.

However, instead of keeping the collection, the doctor sold it for cash and now it seems the crime could go completely unnoticed.

Speaking to The Metro at the Inside Soap Awards, Rebecca said: “I’ve got a feeling that she might have gotten away with it, I really do.

“I’ve got new scripts coming through and starting to film and I know I’m one of the Christmas stories but there’s no hint of it.”

I don’t know if I can say much, but it is a fun storyline.

“She’s either gotten away with it, or it’s going to rear its ugly head [next year].”

Teasing what’s in store over the Christmas period, she said: “All the scripts are hot off the press and I’ve literally just got them through the post so I don’t know if I can say much, but it is a fun storyline.”

Viewers know Manpreet has a bit of a past and has had a problem with spending in the past.

However, she stole Derek’s valuable stamp collection and took it to Eric Pollard to get him to sell it.

She did this so she could use the money to bribe the Environmental Health inspector into dropping the investigation against her husband Rishi, who didn’t have the correct health and safety certificate.

Some fan are convinced Manpreet with be the village’s next killer.

Are you looking forward to Emmerdale’s Christmas storylines? Leave us a comment on our Facebook page @EntertainmentDailyFix and let us know what you think!