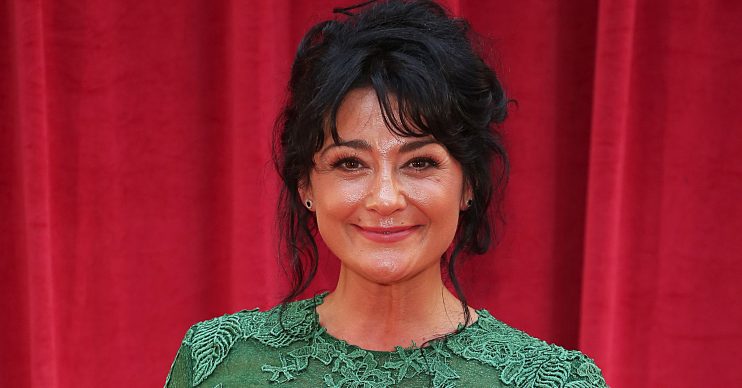 Natalie joined Emmerdale back in 2009

Actress Natalie J Robb, who plays Moira Dingle in Emmerdale, has explained why she is still single.

Whilst her character is currently cheating on husband Cain with farmhand Nate Robinson, Natalie is single – and happy to stay that way for the time being.

Speaking to The Mirror, the actress said: “I don’t have time for romance. I’m still single.

“Statistics prove that you are a lot happier and healthier now if you are single, because you don’t have to compromise.

Statistics prove that you are a lot happier and healthier now if you are single.

“You are in control. You get pickier when you get older, you know what you don’t want.

The 44-year-old soap star mentioned that some of the attention she receives can be unwelcome.

She says: “In this industry it is very difficult to know if people want you to be you.

“I play characters but it is not real – I have come across it and it is a bit frightening. I have had some creepy moments and it did put me off.”

Although Natalie is open to romance, she ruled out dating apps.

She explained: “I wouldn’t do the online thing – it’s a bit dodgy. My friends have done it and it has made them feel bad about themselves.

“But that is the society we are in now, people don’t go out to meet each other any more, and I really hope that that will come back.”

Whilst Moira and Nate have been sneaking around for weeks, it looks like it’s all about to come to an end when Cain finds out the truth.