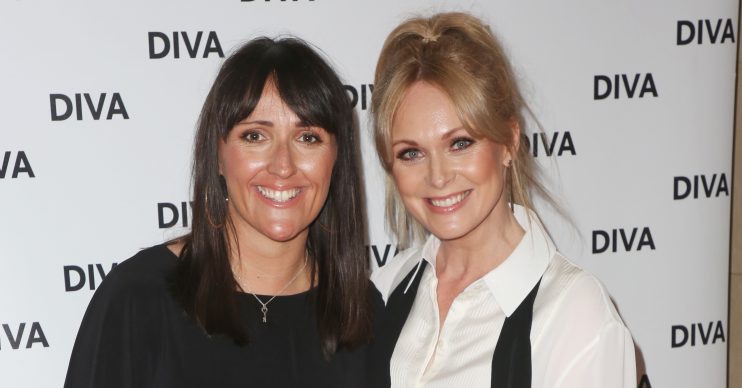 Actress Michelle Hardwick, who plays Vanessa Woodfield in Emmerdale, has shared a stunning photograph with her new wife Kate Brooks at their wedding celebrations.

Friends and co-stars rushed to comment on the snap.

Michelle posted the news to Instagram and wrote: “In over 100 degrees heat, on Tuesday 10th September, I became Mrs Brooks.”

This is Michelle’s second marriage after she split from ex-wife Rosie Nicholls in 2017. They were married for just 12 months before they separated.

At the time news of her separation broke, Michelle revealed to the Daily Star: “Unfortunately, Rosie and I split last year but are still good friends.

“It was one of those things where we did drift apart.”

Read More: Fans beg Gemma Atkinson to return to Emmerdale as she reunites with co-stars including Amelia Flanagan

Michelle joined Emmerdale back in 2012 as vet Vanessa

Currently her character is going through a tough time as she recently discovered her friends Kerry and Amy were behind the factory fire that killed her dad Frank.