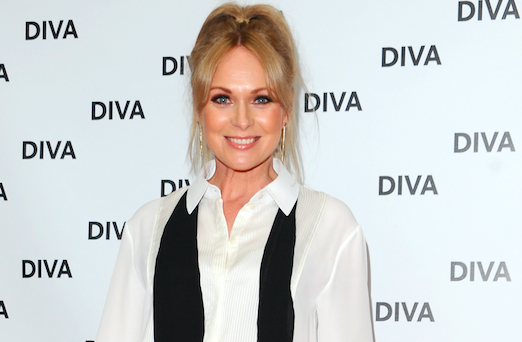 Michelle Hardwick has marked a special Emmerdale anniversary by sharing a throwback photo with her fans.

The actress, 43, has played Dales vet Vanessa Woodfield since 2012 – and was celebrating seven years on the ITV soap.

Alongside a photo of her character then and now, she wrote: “Seven years ago tonight, Vanessa Woodfield arrived in the Dales. How time flies @Emmerdale.”

Fans, friends and family were quick to comment on the memorable day, with former co-star Mark Jordon – aka Daz Spencer – commenting: “And how she made her mark.”

Seven years ago tonight, Vanessa Woodfield arrived in the Dales.

One fan replied: “What a journey it’s been for everyone’s favourite local vet. Such an important character who is loved by so many! She has been a part of some very meaningful storylines and made us laugh more times than I can count. Here are many more adventures for Vanessa!”

Another said: “What a cracking seven years it’s been! Excellent character – fabulous performance! You should be proud.”

Emmerdale fans know that Vanessa is in a relationship with Charity Dingle.

She’s been involved in some big soap storylines in the past few years, including being stabbed and the devastating death of her dad Frank.

Before joining the ITV soap, Michelle was best known as hospital receptionist Lizzie Hopkirk in the ITV drama series The Royal.

In 2012, she had a minor role in Hollyoaks as D.I. Parker, who arrested Mitzeee, played by Rachel Shenton.

In October 2012, it was announced that she’d landed a role in Emmerdale as Rhona’s wild friend from college.

Who is your favourite Emmerdale character of all time? Leave us a comment on our Facebook page @EntertainmentDailyFix and let us know what you think!