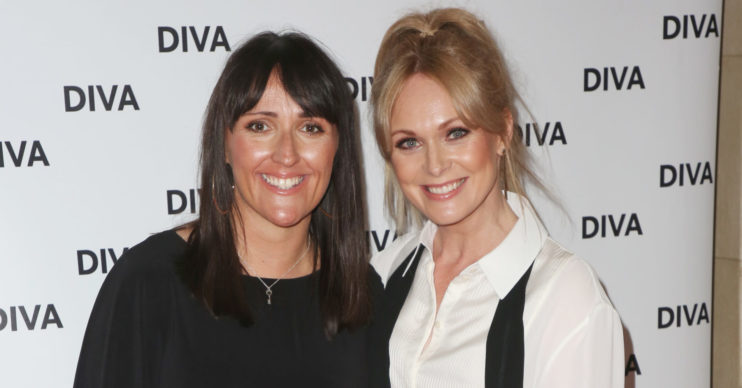 She and wife Kate are expecting their first child

The actress is pregnant with her first child with wife, producer Kate Brooks.

And now she has shown her adorable baby bump and revealed their baby is kicking!

She captioned the snap: “Feeling the kicks.”

A host of Michelle’s friends and co-stars commented on the picture with Lisa Riley writing: “You are going to be the best.

“I could not be more excited for you both GIDDY!!!”

It’s an old wives’ tale that a sweet tooth during pregnancy is a sign it’s a girl!

Plenty of other followers said they had the same craving and they weren’t even pregnant!

The 44-year-old actress revealed her pregnancy in March in a cute photo on Instagram.

Michelle is clutching her stomach aside her Emmerdale producer wife Kate, who is holding their pet dog Fred.

But she is fearful for her future, worried what will happen to her son Johnny if she dies.