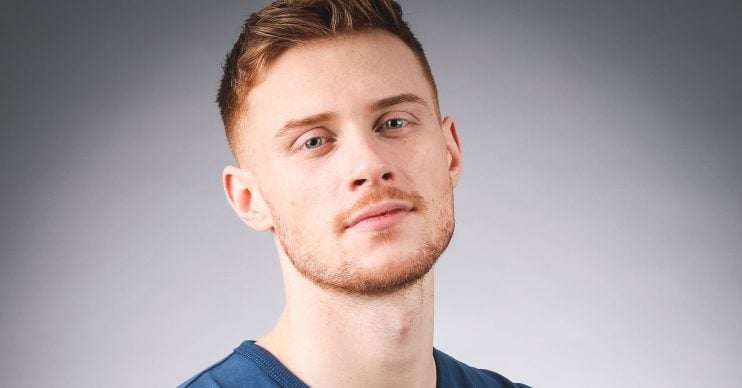 Max revealed the incident on his social media

Emmerdale actor Max Parker has revealed a hilarious shaving blunder as he attempted to trim his own hair.

The soap star posted the incident to his Instagram stories.

On the clip he wrote: “When the shaver dies before you can blend the second side.”

When the shaver dies before you can blend the second side.

He then turned the camera revealing one side had been blended, however the other side was looking a bit scruffy.

Who does Max play in Emmerdale?

He came into the show as a stranger who befriended pregnant Victoria Sugden, who has been dealing with the fact she was raped.

At the time Victoria was being terrorised by her rapist Lee and his mum Wendy, who accused her of being a liar.

However eventually Lee was killed by Victoria’s brother, Robert. And on the day of Robert’s sentencing, it was revealed Luke is Lee’s brother and Wendy’s other son.

Although she originally thought Luke only befriended her to get information, he told her he believes that Lee did rape her.

Eventually Luke got his mum to see that Victoria had been telling the truth.

Recently Luke and Victoria started a relationship. But after they spent the night together, Victoria felt she wasn’t ready to be in a relationship again.

However, Wendy and Bob are currently trying their best to get them back together. Will their plan work?

What is happening with the soaps during coronavirus lockdown?

The Emmerdale actor is currently in self-isolation and off work, like the rest of the soap cast.

Currently Emmerdale has suspended filming in order to protect the cast, crew and production team during the coronavirus pandemic.

The decision has also been taken to reduce Emmerdale’s episodes from six a week down to three.

Episodes will now air on Mondays, Wednesdays and Fridays at 7pm. Emmerdale will be followed by Coronation Street at 7:30pm.

Emmerdale and Coronation Street aren’t the only shows to stop production as BBC’s EastEnders and Channel 4’s Hollyoaks has also halted filming.