Matthew Wolfenden has felt the need to defend himself, after the Emmerdale star was trolled by a follower who accused him of being a bad actor.

On Friday morning (November 22), Matthew - who portrays David Metcalfe in the ITV soap - lashed out at a Twitter user who attacked him personally for no reason. 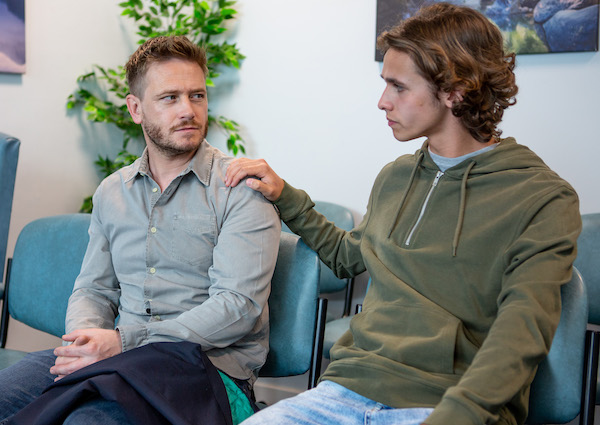 Matthew as David, with his onscreen son Jacob (Credit: ITV)

David was in a playful mood when one Twitter user asked him, in response to an Emmerdale storyline: "Don't people in soap land practice safe sex?"

It's kinda hurtful and, to be fair, needn't be posted on here.

But one follower was displeased, replying: "Your comments are as bad as your acting!"

Your comments are as bad as your acting !

Matthew, clearly stung by the comment, lashed out at the user called honeybun, saying: "That's ever so kind of you, faceless troll tweeter.

"Perhaps before you post such negativity towards another human being on here (if you are a human... your pic suggests you are a dog with a crown of flowers, but I'm assuming if you were, your paws would make it almost impossible to type. So I would surmise you are human) maybe think what you would feel like if someone told you that you were [bleep] at your job (if you have one).

"It's kinda hurtful and, to be fair, needn't be posted on here. If you did it to get a rise from me... congrats... here you have it. I hope it gets you more followers. Give yourself a pat on the head and a bonio. Lots of love ([bleep] actor) Matthew."

That’s ever so kind of you, faceless troll tweeter. Perhaps before you post such negativity towards another human being on here (if you are a human... your pic suggests you are a dog with a crown of flowers, but I’m assuming if you were, your paws would make it almost... https://t.co/fq73S2wnbd

As honeybun claimed she didn't watch Emmerdale anymore because "the writers have let it down", others rushed to defend dad-of-three Matthew.

One said: "Aww bless you Matthew, you're a fantastic actor and enjoy seeing you. You make me laugh, smile, cry. That's a class actor who can do that."

Another said: "You shouldn't let trolls get to you.. I hope you and your family have a lovely weekend. I'm sure yours will be better than theirs."

A third agreed, typing: "You are a brilliant actor and don't let a keyboard warrior tell you different. Don't rise to their [bleep], you know to ignore someone hurts them more." 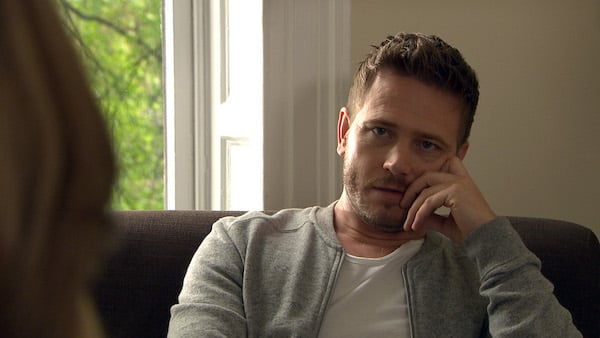 Matthew's character David has been involved in some huge storylines in the ITV soap (Credit: ITV)

Just recently, Matthew's wife and co-star Charley Webb also lashed out at trolls who criticised her sons for having long hair.

Charley is currently enjoying maternity leave after welcoming her third child, but felt the need to hit back at those who claim she needs to cut her sons' hair.

She wrote: "I get asked so many times on here why my kids have long hair. The answer is really simple, because we like it and, more importantly, they like it."

She went on to say she "absolutely" doesn't feel the need to explain herself, but that "life would be so much easier if we all focused on our own lives".

Charley has also pleaded with social media users to "be kind" and had fans leap to her defence when a troll criticised her eyebrows.

What do you think about online trolls? Leave us a comment on our Facebook page @EntertainmentDailyFix and let us know what you think of this story.