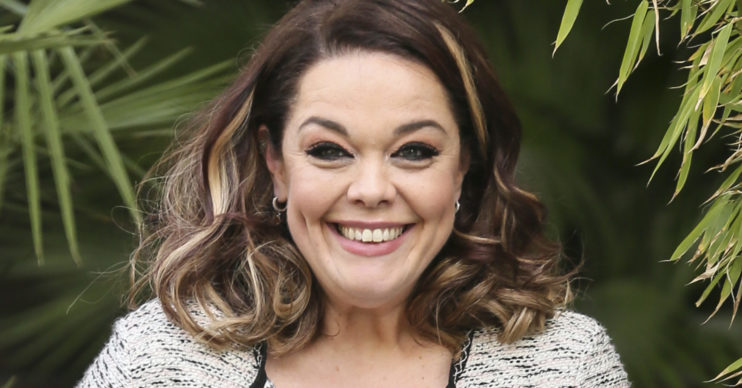 She looks so different!

The Mandy Dingle actress dropped a huge 12 stone after deciding she needed to lose weight while appearing on Strictly Come Dancing in 2012.

Lisa posted a pic from backstage when she appeared on stage show Strictly Confidential from Craig Revel Horwood.

It shows her as she was in a red dress with a fellow dancer.

She stunned fans with her abilities on the dance show, but admitted afterwards that she had struggled.

Talking on Loose Women she said: “I wanted to prove people wrong that I didn’t want to be the chunky monkey.

“And prove everyone wrong that I could dance – I knew I had natural rhythm and I wanted to show people my skill. I wanted to be on national TV… I thought, don’t brand me.”

Lisa successfully lasted 11 weeks of the show and became a surprise star of the series.

But she later told how she was so nervous about being lifted while heavier that she opted to do the lifting herself.

She was the first Strictly star in history to lift her male partner during performances.

After the show Lisa took on a healthy eating regime and regular exercise and managed to lose a huge amount of weight.

However losing the 12 stone took its toll on Lisa’s body and she was left with excess skin.

Lisa documented her journey in dealing with her weight loss and excess skin on ITV’s Lisa Riley’s Baggy Body Club.

She had to undergo four operations to have it removed.

She had a tummy tuck, surgery to remove the loose skin from her thighs, a breast lift and an operation on her arms to remove her “bingo wings”.

Speaking of going under the knife Lisa said: “Could I have lived with the loose skin for the rest of my life? Yes, but I wouldn’t have been happy.

“I don’t feel like I have had cosmetic surgery, I have corrected what I had done to myself.

“Nobody made me eat 50 Twix bars, or a whole packet of sausages at one sitting. I did that to myself. No one made me not go to the gym.

“Some weeks I was probably having seven takeaways a week. I did that to myself. I have to take responsibility for that.”