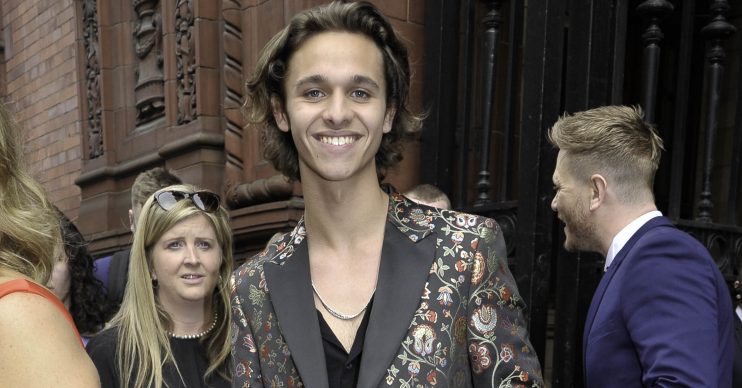 The man bun is no more!

Teen Emmerdale star Joe-Warren Plant has posted a loved-up picture with girlfriend Nicole – and he’s ditched the long hair for a shorter style.

Joe, who plays Jacob Gallagher, in the ITV soap, shared the snap with his 49K followers, which show he’s gone for the chop.

Having sported a man bun for the last few months, Joe now has a style that sees the sides shaved but he’s still got big hair on top!

Joe captioned the snap: “Kyle’s 21st with my girl,” followed by a yellow heart emoji.

Others said: “Beautiful couple,” with one adding: “Great couple, long may it continue.”

Fans also pointed out the hair, with one saying: “Looking amazing, digging the new hair.”

Another added: “OMG, have you cut your hair? You both look fab.”

The 17-year-old actor has been dating Nicole, 23, for over two years.

Before Christmas he shared a snap of the two of them enjoying the Christmas markets – which showed he actually had his hair chopped quite some time ago!

In fact, most of Joe’s Instagram feed is pictures of him and Nicole looking seriously happy together! Aw!

Last year, he posted a picture of them in Blackpool, which he sweetly captioned: “I love you”.

Over the past 12 months Joe has been involved in a huge storyline in Emmerdale that continues to have repercussions.

Jacob was groomed by teacher Maya Stepney, who also happened to be his dad’s girlfriend.

Although Jacob believed they were in a proper relationship and in love, it was clear what was happening was wrong.

Maya and Jacob began sleeping together days after his 16th birthday, and when the truth came out, Maya ended up going to prison for 12 months.

She only served five months of her sentence though and when she was released viewers were shocked to see she was heavily pregnant.

She abandoned the baby on Jacob and his dad, David Metcalfe‘s, doorstep without revealing who the father was.

A DNA test proved the baby belonged to David but fans are convinced Dr Liam Cavanagh fixed the results and actually Jacob is the daddy – or Liam himself!