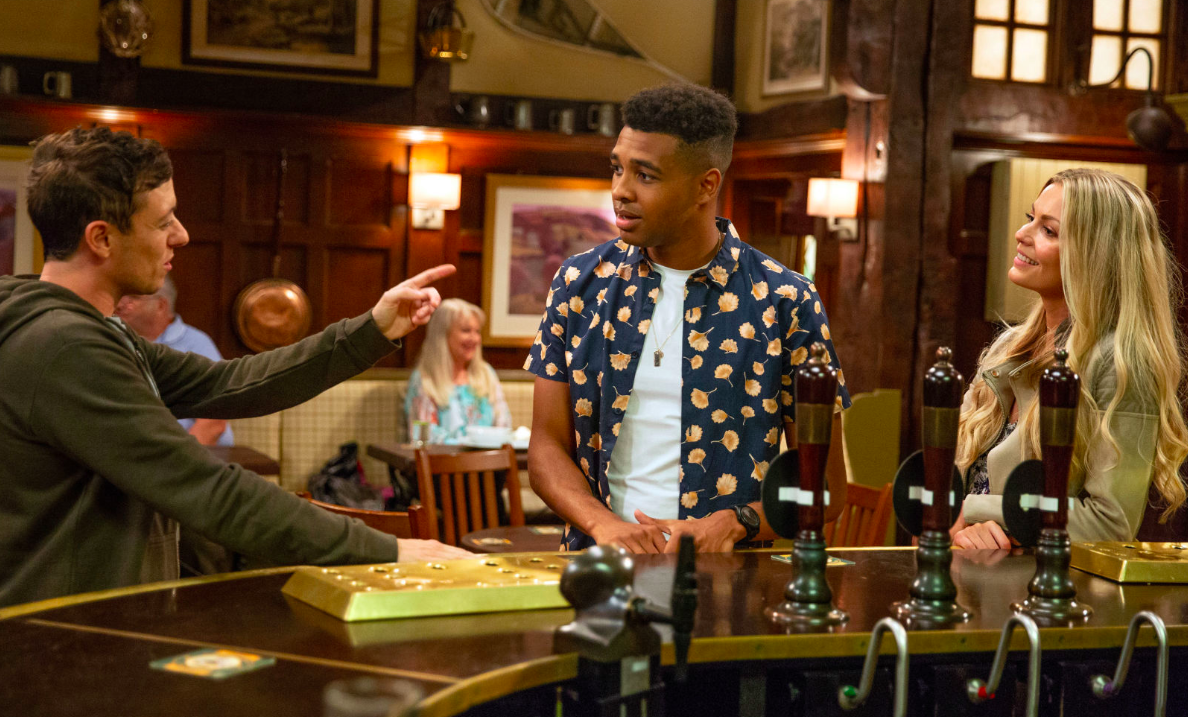 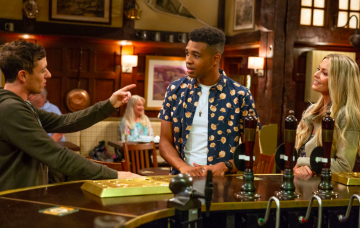 Emmerdale: Jessie’s son Ellis makes violent debut as she panics he will expose her family secret

Could Jessie's son be the one to expose her huge secret?

Jessie Grant’s son makes a shockingly violent entrance in Emmerdale when he gets involved in a fight in The Woolpack.

Ellis is first introduced as a date for Victoria Sugden but it all goes horribly wrong.

Arriving in The Woolpack for his date with Victoria, Ellis is left waiting and gets talking to some other girls.

One thing leads to another and he’s soon flirting up a storm much to the rage of a watchful Matty Barton who jumps in to defend his friend.

A huge fight erupts, with Matty coming off worse, and only stops when Marlon jumps in to pull them both apart.

Unfortunately he ends up with a nasty bruise, and later when he’s busy telling his girlfriend Jessie about how he got it, Ellis walks in.

With Ellis dropping the bombshell that he’s dropped out of university, Marlon offers him his spare room, but he could be walking into major trouble.

As soon as Marlon is out of the way Ellis questions his mum on whether she has told him the family secret.

A worried Jessie insists she will only tell Marlon if she absolutely has to so could Ellis take it out of her hands and tell Marlon himself?

Actor Asan N’Jie has teased how Ellis wants to expose the secret, saying: “I can’t say too much about it, but there is a hidden past between Ellis and Jessie.

“They both know something that Marlon doesn’t yet know, which is quite big.

“It could possibly affect Jessie and Marlon being together.

“Ellis wants to say something and get it out in the open, but Jessie wants to hold it back a bit because she thinks it might cause friction between her and Marlon.”

And it seems the secret is going to loom large over Ellis and his mother.

He teased: “Ellis is sticking around for however long Emmerdale want him to stick around for!

“As for what I’d like to see happen to him, obviously I can’t say too much about the secret – but if I could, it’d be about that!

She said: “I think her family history is yet to be discovered, let’s say.”

Sandra added: “In fact, I don’t know if I can say much more without giving stuff away, really, but yeah.”

What do you think Jessie is hiding? Leave us a comment on our Facebook page @EntertainmentDailyFix and let us know what you think!