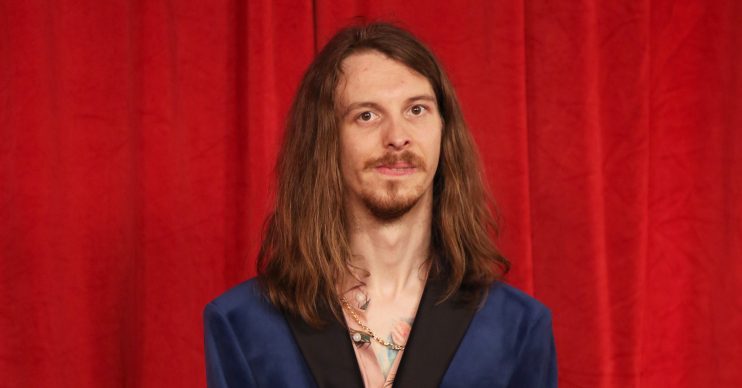 James posted a picture of his new ink on Instagram.

Thank you @_chez.tattoo for this fab little snake today!! It was painful around my ankle but it looks so good!

He captioned the post: “Thank you @_chez.tattoo for this fab little snake today! It was painful around my ankle but it looks so good!”

A second commented: “Love your taste in tatts. Not seen you in Emmerdale for quite a while.”

A third added: “Tattoo pain is the best pain. It looks ace.”

James often posts pictures of his tattoos when he adds a new piece.

His other pieces include Homer Simpson, a tree and a wheelchair in flames.

The actor is well known for his role in Emmerdale as Ryan.

Charity was thrown out by her father at the age of 14, shortly after she was forced to give up her baby daughter Debbie.

Charity was taken in by police officer Mark Bails but he soon began raping her and allowing his friends to sexually abuse her.

She revealed to her girlfriend Vanessa that she discovered she was pregnant with Mark’s baby and began drinking in an attempt to stop her pregnancy but when she felt her baby kick she stopped.

She eventually escaped Mark’s flat and soon went into labour and gave birth to her son in hospital, but she ran away when she saw him die.

It was revealed that her son Ryan didn’t die and was adopted by the midwife Irene Stocks.

Since joining the show, Ryan has proven to be a popular character with viewers and earlier this year, James won a National Television Award for the Best Newcomer.