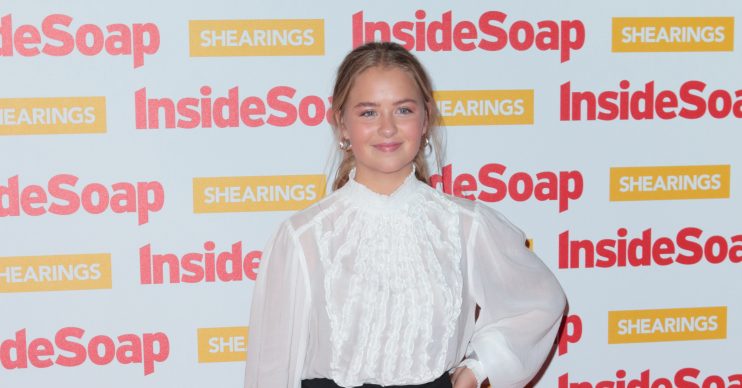 Isobel has been on the ski slopes

Isobel Steele, who plays Liv Flaherty in Emmerdale, has shared incredible pictures from her skiing holiday in France.

Isobel also posted a picture on the ski slopes with one of her family members.

Isobel has been busy filming for the ITV soap this year.

A couple of weeks ago, her character Liv got a shock when she had another seizure.

Back in August Liv suffered a seizure for the first time, but doctors couldn’t figure out what caused it.

She recently had another one when looking for Aaron, who had gone missing and she feared he would hurt himself.

As she went by the river she had a seizure, but luckily Wendy Posner was walking by and was able to call for help.

In later scenes, Aaron and Liv had a heart-to-heart earning praise from viewers for their emotional performances.

Whilst also working on Emmerdale, Isobel has been focusing on her music.

She released an EP in November last year called Sounds from the Lounge.

Last month she also released a new single called In Your Case.

Have you listened to Isobel’s music?