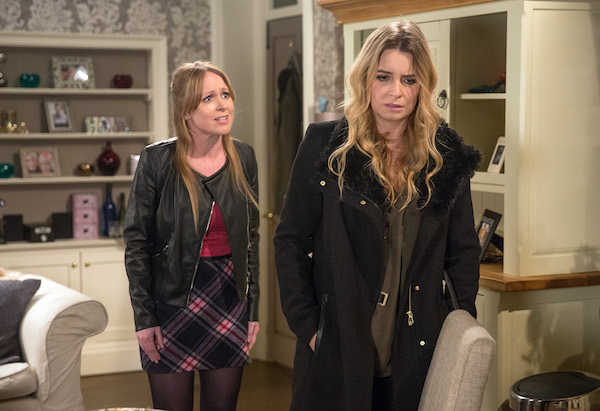 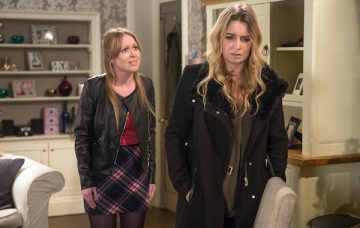 Ever since Charity Dingle and Vanessa Woodfield got together earlier this year, the pair have become a firm fan favourite.

Feisty, passionate and unconventional, viewers have totally got behind the coupling – and have even given them their own moniker ‘Vanity’.

In soap terms, this is as monumental as getting one of Paul Hollywood’s famous handshakes during The Great British Bake Off!

Although they’ve only been together a matter of months, they are already a formidable team and became even stronger when Charity confessed her heartbreaking past.

In highly emotional scenes, Charity told her girlfriend that she had been groomed and raped by corrupt copper DI Bails – and Vanessa has stood by her all the way through discovering her ‘dead’ son and reporting Bails to the police.

However, this is the world of soaps we’re talking about, so how long will it be before the pair stray?

Read more: Emmerdale’s Lachlan finally thrown in jail – but is he set to escape?

In a new interview with Inside Soap, actresses Emma Atkins and Michelle Hardwick say they’d welcome any obstacles thrown at their soap alter egos – but admit they wouldn’t like it if their characters cheated.

While Charity hasn’t always been faithful, Emma says: “It would be a shame.”

Michelle added: “It’s a soap, so there might not be a happy ending and they’re going to have their ups and downs.

“We’ll have to see if any cheating happens, but I hope it doesn’t. If it ain’t broke, don’t fix it!”

Luckily, the ladies get on just as well off-screen with Michelle stating: “Even before I joined the show, Charity was one of my favourite characters – ridiculously so!

“I always thought she was really laugh-out-loud funny, so I was actually a bit nervous when I found out I was going to be working with Emma.

“She is so clever with a script – her delivery is second to none!’

The pair have plenty of dramatic scenes ahead, with DS Bails’ rape trial just around the corner.

Michelle added: “Regardless of whether Bails is found guilty or not in court, Charity’s ordeal has disturbed feelings inside her that she hoped to keep locked away.

“There is a deep-rooted hurt that makes her question her childhood and look at her family and ask, ‘Why was I thrown out of my home where I ended up on the streets and turned to prostitution to get money?’

We’d better stock up on tissues then!

Do you think Vanity will stay together forever? Leave us a comment on our Facebook page @EntertainmentDailyFix and let us know what you think!