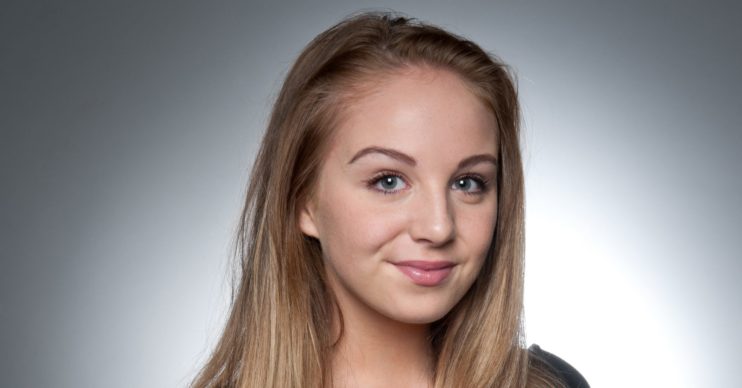 Andrea has actually known for a while about Jamie's affair

Emmerdale star Eden Taylor-Draper has revealed there is backlash ahead for her alter ego Belle Dingle as her affair with Jamie Tate is exposed.

For months, Belle has been sleeping with her colleague Jamie, who is married to Andrea.

In next week’s episodes, their betrayal is publicly exposed when Jamie’s wife hatches a revenge plan.

At the Woolpack, villagers gather for the pub quiz. However, Andrea has teamed up with Leyla Harding to expose her cheating husband and his girlfriend.

Leyla collects the phones but discreetly pockets Belle’s. Soon her and Jamie’s private messages are displayed on the pub screen for everyone to see.

Speaking about the reactions, Eden revealed the backlash her character receives.

As reported in Digital Spy, she said: “It’s a few hours into the quiz. The picture round that the vets are in charge of pops up on the screen and all of a sudden instead it’s Belle and Jamie’s private messages.

“A few seconds later, it sinks in what is going on and they both feel sick. Andrea starts crying and screaming at Jamie. Belle is left feeling like a disgusting person, in complete shock.

“The pub are just in shock. Obviously Ellis is there and feels so betrayed. Belle is trying to deal with him. Everyone is giving them both grief, which I understand.”

However, some of the Dingle clan will have mixed reactions over what Belle has done.

Eden added: “Charity backs Belle’s corner, but most of the family are at home at the Dingles’, so she’s yet to deal with them. Lydia is disappointed, which hurts Belle I think.

“Sam is just saying the most unhelpful things and Zak is trying to help his daughter, yet he can’t understand why she is going for a married man – and a Tate!”

Do you think Belle and Jamie deserve the backlash they receive?

What do you think has happened to Andrea? Leave us a comment on our Facebook page @EntertainmentDailyFix and let us know what you think of this story.