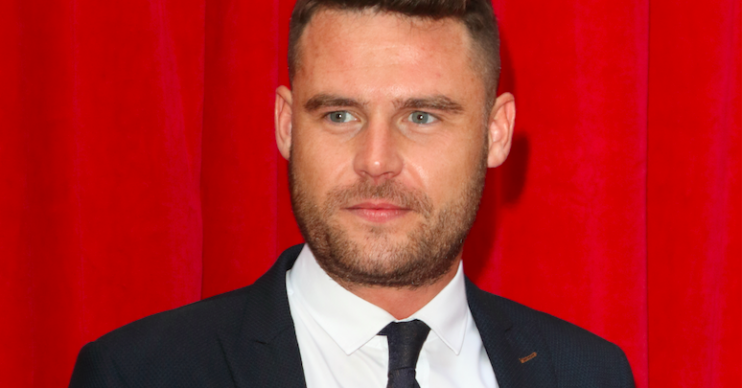 He tried to look on the bright side...

Danny Miller, star of Emmerdale, has revealed he was robbed by a homeless man while on holiday in Ireland.

The actor, 29, shared his shock with his social media followers, but tried to look on the bright side after having all his belongings taken from him.

Writing on Twitter and Instagram, Danny said: “When a homeless man steals your bag on holiday, so you have to give the credit card a nudge. Luck of the Irish I guess #cantbeatthemjointhem.”

Alongside the post, Danny shared a photo of himself looking rather dapper in what we can only assume is a brand new outfit, bought after being robbed.

Fans were quick to send their messages of concern, as well as compliment him on his outfit choice, with one typing: “Looking amazing Danny. Missing you on Emmerdale though.”

Another said: “Sorry about your bag getting stolen Danny but you look very dapper.”

When a homeless man steals your bag on holiday, so you have to give the credit card a nudge.

A third added: “Hope there was nothing too irreplaceable stolen. But the new outfit suits you.”

“Looking good Danny boy. Sorry to hear you had your bag stolen,” said one more.

When a homeless man steals your bag on holiday, so you have to give the credit card a nudge. Luck of the Irish I guess ☘️ #cantbeatthemjointhem

Standing in front of a graffiti-art wall, Aaron can be seen wearing round orange-tinted sunglasses, brown checked co-ords and blue sneakers without socks.

Danny is currently on a break from filming the ITV soap.

His character Aaron Dingle left the village in January after struggling to come to terms with the imprisonment of his husband Robert Sugden.

Viewers know Robert was sent down for the murder of Lee Posner – the man who viciously raped his sister Victoria but escaped punishment because of lack of evidence.

In harrowing scenes, Robert then decided to cut ties with Aaron for his own good and subsequently filed for divorce.

Aaron was left devastated and, struggling to cope with the memories surrounding him, told half-sister Liv he was taking a break from the village to help Debbie Dingle with her garage in Scotland.

Aaron and Debbie will both return to the ITV soap in the future.

Do you miss Aaron in Emmerdale? Leave us a comment on our Facebook page @EntertainmentDailyFix and let us know what you think!