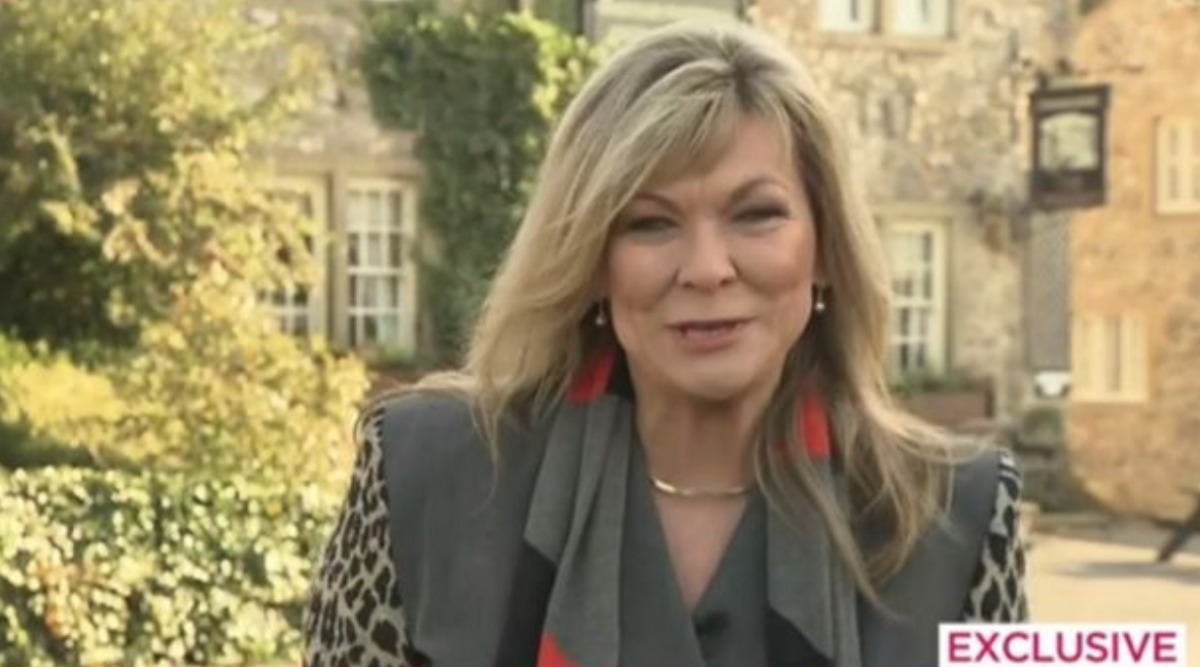 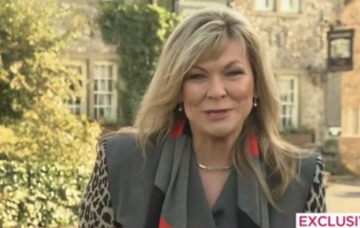 Emmerdale’s Claire King reveals Kim Tate is ‘bigger and badder than ever!’

The superbitch is back

The news that Kim Tate is heading back to Home Farm has sent soap fans into a frenzy, and now actress Claire King has revealed all the details surrounding her exciting comeback during a chat this morning on ITV breakfast show, Lorraine.

She might only be back on screen for a week initially, but has Claire really ruled out a more long-term return in the future?

Fans were convinced that the masked woman was Kim Tate, and of course they were right.

The whole trailer has now been revealed and shows Kim coming face-to-face with current Emmerdale characters as she dramatically enters a ball where everyone is dressed up in their finery.

Kim stands out in a dramatic red dress, finally revealing her face at the end of the clip.

Could the familiar faces that she passes as she enters the room be potential victims that she’s got lined up as part of her return?

With Cain, Debbie, Graham, Moira, Charity, Vanessa, Ross and Rebecca, and of course, Joe Tate, just a few of the characters who could be in Kim’s firing line, it looks like she’s going to have a busy week back in the Dales.