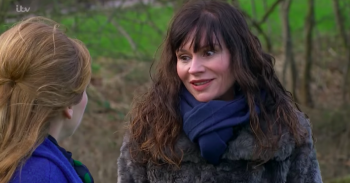 Chas Dingle has confirmed she is pregnant in Emmerdale.

She suffered the heartbreaking loss of her baby daughter Gracie last year, but now she has happy news for a change. 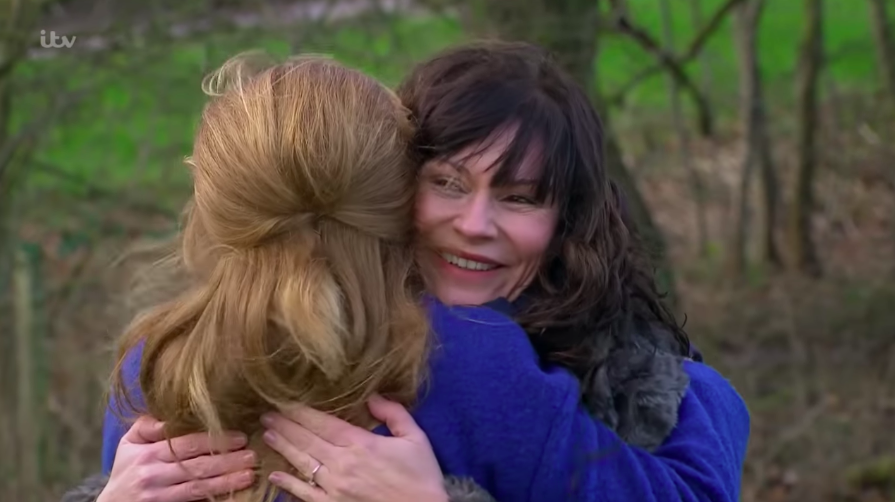 Fans had predicted Chas was going to be pregnant when it was revealed she would share a secret with Laurel in the graveyard.

And in last night’s episode it came true as she revealed the happy news to her friend.

She thanked a confused Laurel for the support she had given her during her traumatic time with Gracie, explaining: “Before she was born, you probably don’t remember, but you said I’d surprise myself and feel strength when I least expect it.

“You were right and it’s a big surprise. I probably shouldn’t say but hey, it didn’t make any difference last time.

“I was late, I didn’t feel any sickness or anything so I just ignored it but I finally made myself do a test this morning.

“It was positive, I’m pregnant. It is pretty wonderful, isn’t it?”

Viewers were overjoyed at Chas’ news and are hoping it means she and Paddy will finally have the baby they have long wanted.

One said: “I’m so happy for Chas and Paddy. I can’t wait until he finds out Chas is pregnant. #Emmerdale”

A second said: “@lucyparge was fantastic in today’s special emmerdale episode. It is nice that Chas will get some happiness again.”

A third said: “My Lord I’m so happy I could cry! Yes Chas! #emmerdale”

A fourth said: “So happy for Chas , I was blubbering, it had better turn out ok this time.

Others fans have predicted Chas will give the baby to her son Aaron Dingle and his husband Robert Sugden after it was revealed they couldn’t afford to pay for American surrogacy costs to have a baby of their own.

One said: “I have this feeling that Chas is going to want to give the baby to Aaron.

“But I’d sooner she keep it, her and Paddy deserve happiness too. #Emmerdale”

Do you think Chas will give Aaron the baby? Leave us a comment on our Facebook page @EntertainmentDailyFix and let us know what you think!