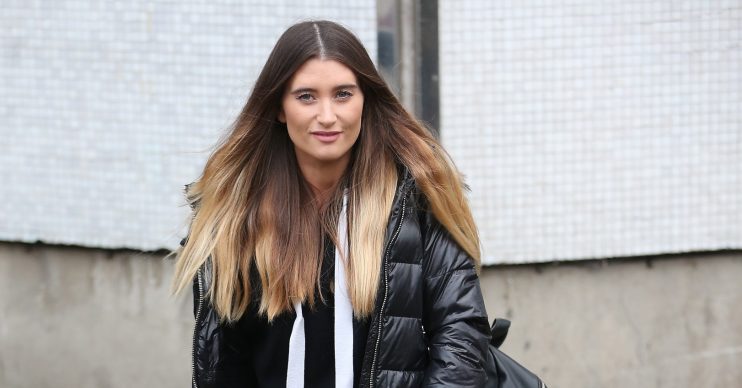 She was celebrating her mum's 70th birthday

Charley Webb, currently on maternity leave from her role as Debbie Dingle in Emmerdale, has wowed fans as she posted a video twerking in skin-tight trousers.

The actress, wearing DJ headphones and lip-syncing to Whitney Houston’s I Wanna Dance With Somebody, was celebrating her mum’s 70th birthday with a surprise party.

DJ me for the Mother’s Surprise 70th🎧🖤

Charley captioned the video she posted to Instagram: “DJ me for the mother’s surprise 70th.”

Another fan suggested she should await the call for Strictly herself!

One fan wrote: “You got moves girl!”

“Wow, you look amazing,” added someone else.

Jamie posted a picture from the evening too of him alongside his sisters and their mum.

While enjoying being on maternity leave with her youngest son Ace, eight months, Charley recently posted asking her followers for help as she was worried her little boy has an allergy.

Taking to Instagram Stories, Charley wrote: “Anyone had their baby tested for allergies?

Hello Lashes. (And a bit of tomato). Ace Gene Wolfenden being his general cute self.

After that message, she was forced to defend her decision after some people suggested she shouldn’t be starting any sort of diet for Ace without consulting a doctor.

But it seems Ace has been challenging them over the last few months as Charley previously admitted they were getting help for ‘sleep struggles’.

The actress has also said she’d like more kids, and that there are currently ‘no plans’ for her to return to Emmerdale.