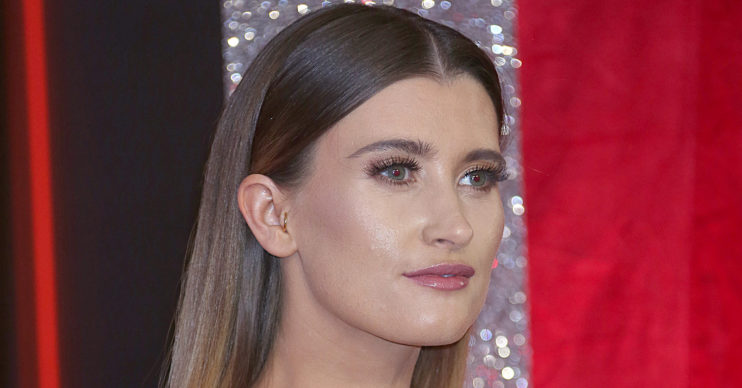 Emmerdale actress Charley Webb has shared a touching photo of her family – taken just hours after her son was born.

The Emmerdale star, 32, gave birth to her third son Ace in July of last year.

Addressing her some 441,000 followers on Instagram, she admits that she struggles with each of her pregnancies.

Suffering from fatigue and morning sickness, she also went on to battle post natal depression.

However, she describes finding the birthing process smooth sailing with each of her children.

In the photo she’s proudly standing up beside her co-star husband Matthew Wolfenden, 40, and their sons Ace, Buster and Bowie.

She writes: “This is our first picture as a five. A couple of hours after Ace was born. I can’t lie, I find being pregnant really hard but at the same time I do know how lucky I am to be able to fall pregnant pretty easily/at all.

“I had horrendous sickness with all three of the boys which pretty much lasted my whole pregnancies.

“I found it so hard to be able to function, all I wanted to do was lie down and sleep.

“Something that gets harder when you’ve got others running around.

“I know it could have been a lot worse so I’m not complaining, I’m just being honest.

“My births on the other hand have all been amazing.

“I suffered with postnatal depression after Buster which I didn’t realise at the time.

“With Bowie I was so aware how I felt before that I really managed things much better.

“I made sure I got him in a routine really early on and for me, I think that helped me (I’m a bit of a control freak).”

She went on to explain that she found the “jump” from two to there children particularly hard.

Charley continued: “The jump from two to three I found the hardest. Luckily Ace is a really good baby but suddenly there’s more of them than there is of you.

“As I’ve got older (and had more babies) I’ve learnt that talking to friends and being honest with how I’m feeling has been the best thing for me.

“That would be my biggest piece of advice, be honest, be truthful. No feelings are wrong, no matter what they are.”

Her fans flocked to praise her for her brave words.

One wrote: “I have never read anything so honest in my life. I too have three boys and lack of good supportive females in my life until the last few years. You are so right just be honest and no feeling is wrong.”

A second posted: “Thank you for being open and honest, can’t imagine how hard that must have been. Especially someone like yourself that is in the public eye.”

A third praised: “As a mother of five I’m with you going from two to three is the hardest by far! But three is a great number too! Lovely blog, you’re so humble.”