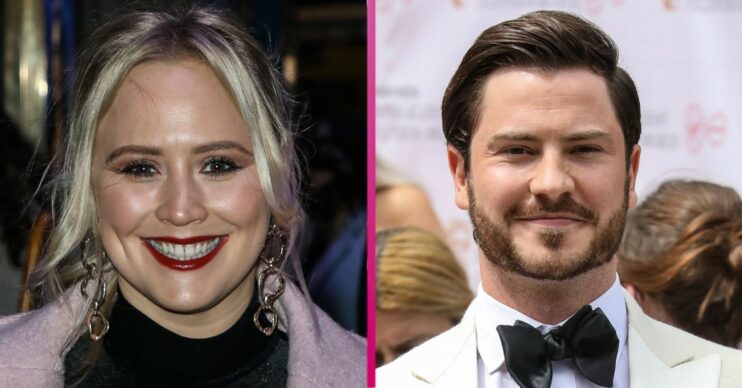 Amy and Toby announced their child's birth in early January

Emmerdale star Amy Walsh and her boyfriend, EastEnders star Toby-Alexander Smith, have announced the name of their newborn daughter.

In a recent interview with OK! Amy revealed: “Whenever we hypothetically talked about our family, we always said ‘our little Bonnie.’ When she came she couldn’t of been more of a Bonnie.

Toby joked his daughter wasn’t the first Bonnie in the family. He added: “My parents had two King Charles spaniels and one was called Bonnie – but that had no part in it.”

“We wanted something one syllable that went with her first name and surname Smith.”

At the beginning of January, Amy and Toby-Alexander announced the arrival of their first child.

How did Amy and Toby meet?

Toby wasn’t even meant to be in the audience that year and Amy wouldn’t of been there if it wasn’t for Jamie Liang’s injury and Kelvin Fletcher taking his place.

Four months after their first meeting, with lockdown in full swing, Toby moved in with Amy.

Last year on September 6, Amy and Toby announced they were expecting their first baby.

Amy, 34, was diagnosed with polycystic ovaries at 20, so thought her fertility might be an issue.

However, the couple didn’t end up trying for very long before they got their happy news.

Who do Amy and Toby play in Emmerdale and EastEnders?

Amy plays Tracy Metcalfe in Emmerdale. Currently her character has gone off-screen and moved to Nottingham with her daughter Frankie for a new job.

Meanwhile Toby’s EastEnders character Gray Atkins is at the centre of a huge storyline which is seeing Whitney and Kheerat trying to expose him as a killer.

What are your favourite baby names? Leave us a comment on our Facebook page @EntertainmentDailyFix and let us know what you think!