The village of Emmerdale is in the Yorkshire Dales, but where exactly is the show set?

The quaint rural setting hides a multitude of sins, who knew such a beautiful place could be the backdrop to such secrets?

From life on the Bartons' farm, to the drama in the Woolpack, and the action up at the manor house, Home Farm, it's all going on.

So where is Emmerdale filmed? Can you visit? And what really lies behind those front doors?

Is Emmerdale village a real place?

Emmerdale first came to our screens on October 16, 1972 and was called Emmerdale Farm.

It was set in the fictional village known as Beckindale until 1994 when the villagers voted to change it's name.

Back when it first began it was filmed in the village of Arncliffe, in the valley of Littondale in North Yorkshire.

The local pub, The Falcon Inn doubled up as the Woolpack, and the local vicarage, church, shop and forge all featured.

In 1975, carting all the equipment, cast and crew up there became too time consuming, so production was shifted nearer to the studio in Leeds.

The fictional village moved to West Yorkshire and was filmed in the village of Esholt from 1996.

The local pub there, The Commercial Inn, even changed its name to the Woolpack because the landlord was sick of the pub sign having to be changed all the time! It remains called the Woolpack to this day.

After 22 years filming in Esholt, the show was moved again.

This time it was because the villagers had grown tired of the camera crews and tourists constantly flocking to their little village and clogging up the roads.

In 1998, the exterior scenes were moved to the Harewood Estate, where a purpose-built set, that was an exact replica of Esholt village, was waiting.

There is even a full-time gardener who makes sure everything is kept in shape. His job includes making sure the roses grow a full six weeks before they do normally as the show is shot six weeks in advance!

Where are the interior scenes of Emmerdale shot? 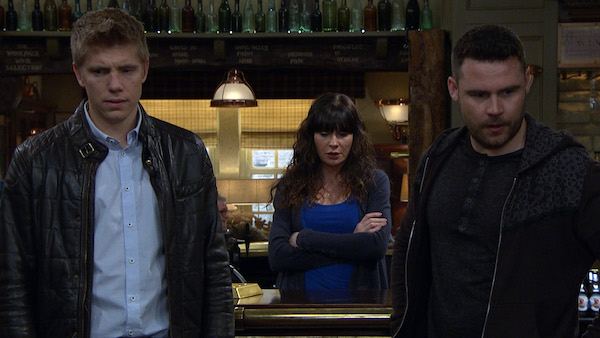 The Woolpack scenes are filmed in a studio (Credit: ITV)

The scenes filmed inside the houses and businesses are all shot on a set at the ITV Studios in Leeds.

Sets include The Woolpack, the factory, David's shop, the vet's, and the B&B, as well as homes for all the characters in the show.

Can the public visit the set of Emmerdale? 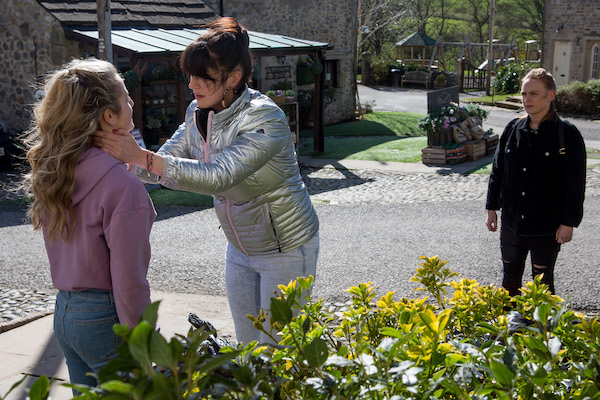 The exterior is available for a guided tour (Credit: ITV)

The Emmerdale set is not open to the public during the week, but in 2018 they launched a weekend guided walking tour.

The tour involves going round the replica village and seeing all the set exteriors - and you're able to take all the pictures you could want.

It's only available on selected weekends and tickets must be booked before going.

Arncliffe and Esholt are both still fully functioning villages and you could even head to the Woolpack for a pint if you visit Esholt.

Meanwhile, Hotten, the town where the locals often head for a spot of shopping or to sample some nightlife slightly wilder than the Woolie, is actually the market town of Otley.

Otley is in West Yorkshire, between Leeds, Bradford and York.

Read more: Battle of the soaps: Coronation Street vs Emmerdale?

Have you ever been to the Emmerdale set? Leave us a comment on our Facebook page @EntertainmentDailyFix and let us know what you think!