Emmerdale's unlikely heartthrob Graham Foster has just crossed a line with Megan Macey... And while he's probably relishing the memory of his one-night-stand with the foxy Megan, he could well live to regret it!

In fact, in a terrible twist of fate, Graham could end up paying for his lustful ways with his life... 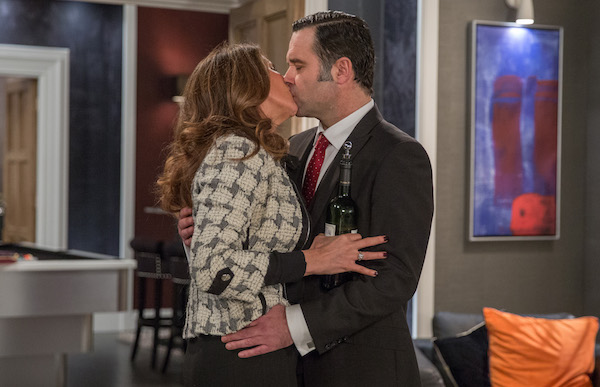 Graham let his guard down with Megan (Credit: ITV)

Graham (Andrew Scarborough) and Megan (Gaynor Faye) took their relationship from the professional to the personal last night (Tuesday 1 May) when they ended up in bed together.

It's another small insight into the previously secret life of Graham, who joined the soap late last year as Joe Tate's mysterious sidekick.

Only recently did we discover the tragic backstory of the former military man, whose wife died in a car accident, as a result of his battle with alcohol addiction.

There's much more to Graham than meets the eye (Credit: ITV)

Frank’s an ex-con, he might be a match for Graham deep down.

While he seemed to be set upon a life of solidarity, viewers saw his feelings for Megan slowly grow... Despite the fact she already has a serious boyfriend in Frank Clayton.

Mistakenly believing her boyfriend was cheating on her, Megan gave in to the mounting chemistry with Graham and the pair ended up sleeping together.

And fans watched in horror as Frank arrived at Megan's house to PROPOSE - while Graham hid upstairs! 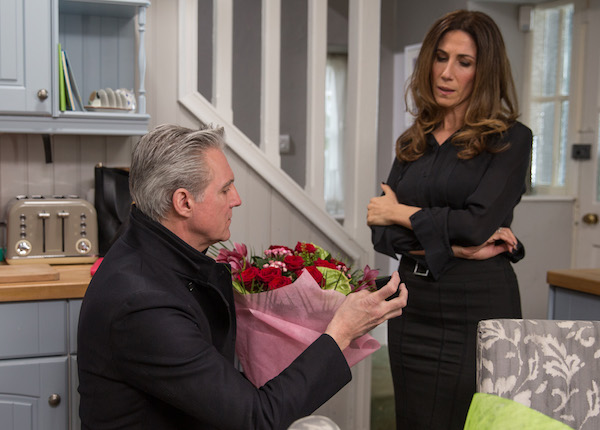 Now some fans are worried about what Frank will do if he finds out...

He may come across as the perfect gentleman, but Frank is an ex-convict - will he turn violent and make Graham disappear?

In tweets posted on Express.co.uk, one said: "Uh oh if Frank finds out he’ll go after him, but who will win? #emmerdale."

Another said: "Frank’s an ex-con, he might be a match for Graham deep down. He should be worried! #emmerdale."

Frank's probs going to kill Graham when he see's him #emmerdale

The way Frank looks at Graham! If looks could kill 😂😂

A third agreed, saying: Frank's probs going to kill Graham, when he see's him."

Frank spent time in jail for a big investment swindle... But is he capable of becoming violent, and even murder?

Do you think Frank is capable of murder? Leave us a comment on our Facebook page @EntertainmentDailyFix and let us know what you think!