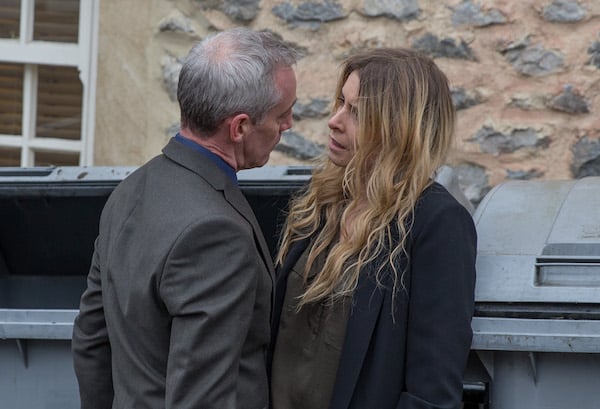 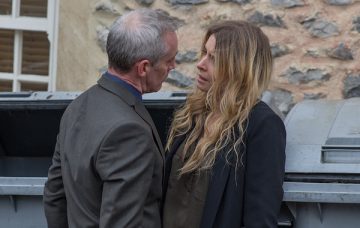 The bent copper deserves to get his comeuppance

It’s been a long time coming, but DI Mark Bails is one step closer to his downfall – thanks to woman-on-a-mission Charity Dingle.

Although she is terrified of the bent copper, who tormented her, groomed her and raped her when she was a just a teenager, the long-suffering Emmerdale character knows she HAS to do something before he attacks again.

And his day of reckoning is just around the corner…

In scenes to air next week, Charity is on the verge of speaking out about her abuser DI Bails when she finds out more and more about his life – and what a cushy existence he has.

Becoming increasingly obsessed with the corrupt DI, she begins to follow him and discovers he is living a very comfortable life in a nice big house.

She gets angrier and angrier with the injustice of it all, but is she brave enough to expose him?

To add insult to injury, Bails is even fronting a campaign to help vulnerable sex workers – when he groomed and abused teenage prostitutes himself!

In an interview with the Radio Times, actress Emma Atkins says of her character Charity’s inner turmoil: “She finds herself sitting outside his house every night just staring into his world.

“It’s a morbid fascination with the fact he’s ended up with this perfect life with a wife and children. Charity knows she could ruin that for him but has been silenced for so long she’s too afraid to speak out.”

However, as her harassment of Bails continues, his colleagues arrive to warn Charity to stay away from him.

But can Charity stay quiet knowing that Vanessa’s little sister Tracy could be his next victim?

“Bails is bribing Charity for her silence,” continues Atkins. “She thinks if she can’t fight him she might as well take it and use it for a better life, but that’s probably not the best way of looking at it.”

In scenes later in the week, Charity – a little drunk – decides to arrive at an important conference she knows Bails will be at – but does she confront him?

Emma hints: “Bail is a charlatan and Charity needs to see it for herself. She can’t believe he’s getting away with this and acting is if none of what went on between them ever happened, so she rocks up at the conference and stands at the back.

“The revelation of him speaking to an audience acting like a fierce protector of the abused women, when he is an abuser, is a real ‘will she/won’t she?’ moment for Charity.

Emmerdale fans all know Charity is capable of bringing Bails down, and it’s only a matter of time!