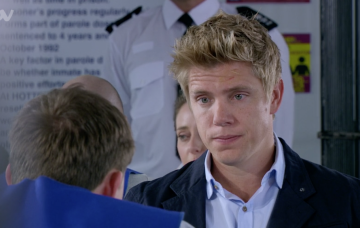 He'll bow out later this year, according to reports

The 33-year-old actor has been playing Robert on the ITV soap for five years, but he is now set to bow out of the programme, as he is keen to “try other projects”.

Ryan’s character has been at the centre of some of the soap’s most dramatic storylines, including having gone through affairs, manslaughter, a prison sentence, and an inner battle with coming to terms with his sexuality.

The move is likely to leave fans devastated, as many viewers have been hugely supportive of Robert’s relationship with Aaron Dingle (played by Danny Miller), whom they have affectionate dubbed Robron.

An ITV source told The Sun newspaper’s Bizarre TV column: “Emmerdale fans have loved every minute of Robron’s story, and what Ryan has brought to playing Robert. But he has decided to take a break from the show for the foreseeable future and try other projects.

“He will leave later this year, but fans can expect to see him on screen right up until the end of the year. He will be sorely missed.”

Ryan is the fourth actor to have played Robert, taking up the role in 2014 and following in the footsteps of Richard Smith, Christopher Smith and Karl Davies.

In one of his most explosive storylines, he accidentally killed sister-in-law Katie after she took a photo of him and Aaron kissing whilst he was engaged to Chrissie White.

During his time in the role, Ryan has won various awards, including a Tric Award for Soap Actor last year and the gong for Best Soap Actor at the TV Choice Awards the year before.

He’s also bagged Best Partnership with Danny Miller at the Inside Soap Awards back in 2016, and Best Newcomer at the same awards ceremony in 2015.

Ryan is set to leave the show later this year.

Emmerdale is on Monday to Friday at 7pm with extra episodes on Tuesday and Thursday at 8pm.

Are you sad Robert’s leaving Emmerdale? Leave us a comment on our Facebook page @EntertainmentDailyFix and let us know what you think!