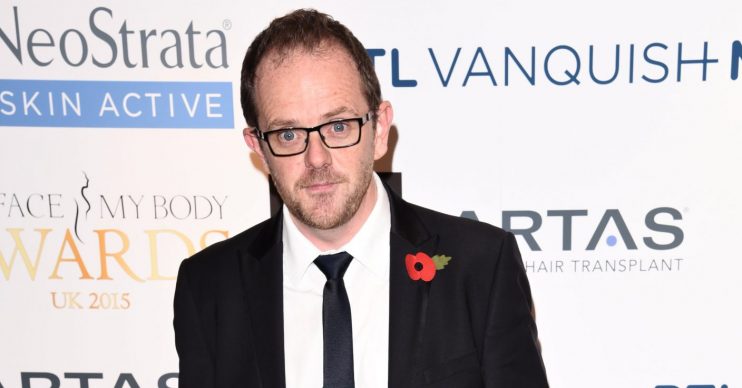 He also spoke of his tears as their daughter sang

Liam Fox, who plays Dan Spencer in Emmerdale, has revealed more details of his big day, including his tears as his daughter sang on his wedding day.

The soap star tied the knot with fellow actor Joanna Hudson earlier this month, and he was overcome with emotion when Jemma, 23, performed A Thousand Years by Christina Perri during the ceremony.

He told OK! magazine: “It made me emotional. She’s my stepdaughter, but she’s my daughter. Luckily, mine and Nicole’s divorce wasn’t messy in any way, so our relationship hasn’t been affected.

“I even had my ex mother-in-law at the wedding! If Nicole wasn’t on tour, she’d have been there too.”

Joanna was also moved by the touching performance, which she described as the “biggest heart-warming moment” of the day.

She added: “My best friend Susannah walked me down the aisle because she looked after me when I was ill. My biggest heart-warming moment was watching Jemma singing during the ceremony.”

And Jemma, who goes by the stage name Lacuna J, revealed her father’s tears almost set her off as well.

She said: “He was looking at me crying, so I was trying so hard to hold back the tears too.”

Liam and Joanna became friends after meeting at university 27 years ago.

Liam later married Hollyoaks star Nicole Barber-Lane, but the pair went their separate ways in 2015 after 16 years of marriage.

Liam and Joanna got engaged in April last year.

He was looking at me crying, so I was trying so hard to hold back the tears too.

He took to Twitter at the time to share a selfie with Jo, who was showing off her sparkling band, and wrote: “She only went and said yes…”

She wrote: “Awwwww Congratulations – how lovely.”