Actress Gemma Oaten has dedicated much of her adult life to warning others about the dangers of anorexia.

The former Emmerdale star, 35, suffered from the life-threatening eating disorder as a child, and has now opened up about how the condition caused her to have a heart attack.

In a TEDx Talk conference filmed and shared recently, the Holby star described the mental illness as a "monster" and admitted she'd been in the grip of it for 13 years.

She revealed: "At 12 years old, a medical assessment pulled me from my home and into a psychiatric unit.

"I was so weak they had to push me in a wheelchair and I was told if I didn't eat or drink within 24 hours I'd be dead." 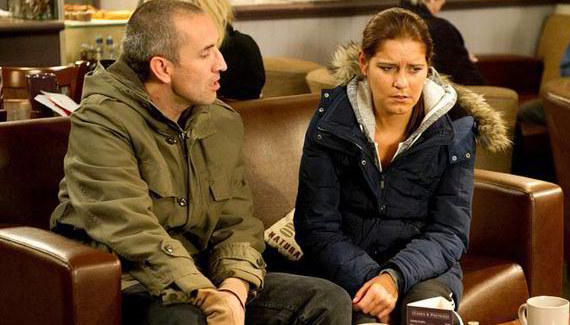 Gemma, who is patron of the charity SEED (Support & Empathy for Eating Disorders), continued: "I've had some amazing experiences. But I've also had some really frightening ones, like a heart attack in my late teens.

That heart attack was my body failing in the grips of an eating disorder.

She went on to say: "Eating disorders are deadly and no-one has to die from them, but people still do.

"Rapid weight loss or weight gain that has no medical cause is an external expression of something that is already there.

"Waiting for the weight to change isn't going to stop what is already there." 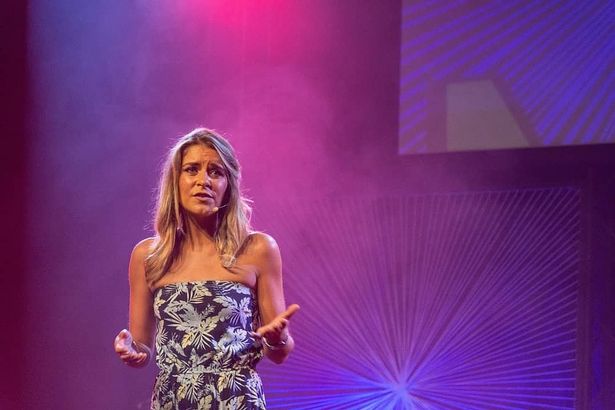 Gemma giving her TedTalk in front of a studio audience (Credit: TedTalk)

In the talk, in which she also touches upon bullying and the necessity for early intervention, she added: "People often think and hear that an eating disorder is a way of controlling something and that's what I believed, but ultimately you lose control of everything."

Gemma has previously credited her family - especially her father - for helping her through it.

After sharing the TedTalk, Gemma thanked her supporters on Instagram.

Writing to her 17,200 followers, she said she was "completely blown away by the response".

Completely blown away by the response to my @tedx_official Thank you for the love, compassion and support of what I was trying to say in raising awareness in the importance of early intervention and eating disorders and also how we can "use the dirt!". From the bottom of my heart, thank you. Here's a little clip from my talk and the full length talk is in my bio or you can copy and paste the link from here https://youtu.be/FcSTElSJpMk Please watch and share with anyone you feel may need to see this. I talk about empathy, bullying and the power of words too... Some of the messages I've had after people have watched has warmed my heart and made the leap of faith to be honest, authentic and open, all the more worth it. If you or anyone you know is affected by an eating disorder please contact www.seedeatingdisorders.org.uk and also if anyone is interested in supporting the work we do at SEED, I am on a mission to keep our amazing charity alive and growing from strength to strength, and we need more support to sustain us to be able to do that. We save lives 🙏 "We are all here for a greater purpose, and we are all meant to be here". #PublicSpeaking #charity #mentalhealth #eatingdisordersawareness #SEED #TedTalks

She added: "Some of the messages I've had after people have watched has warmed my heart and made the leap of faith to be honest, authentic and open, all the more worth it."

Gemma, who admits she contemplated suicide, weighed just four and a half stone when her eating disorder was at its worst, leaving her parents "petrified".