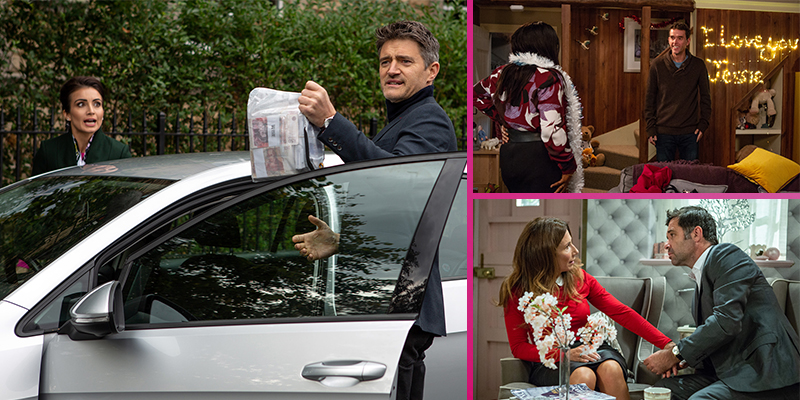 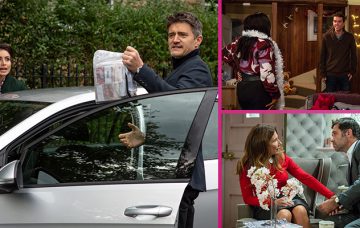 Are Bernice and Liam finished already?

Maya realises Jacob’s feelings have intensified, a sozzled Graham makes a pass at Megan and Clive’s art con reaches a climax in Emmerdale next week… 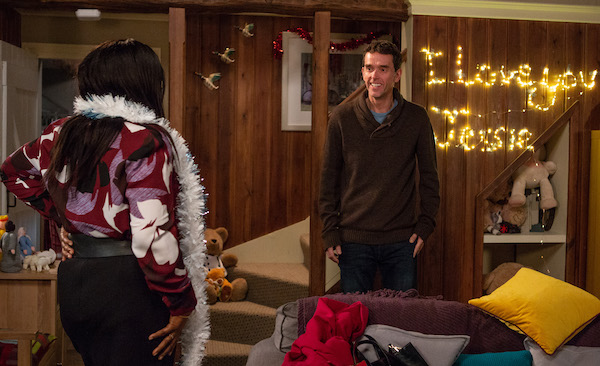 April brings up the subject of love as decorates the Christmas tree with Marlon.

However, his bright idea of spelling out “I love you” in fairy lights as a surprise for Jessie does not go according to plan… 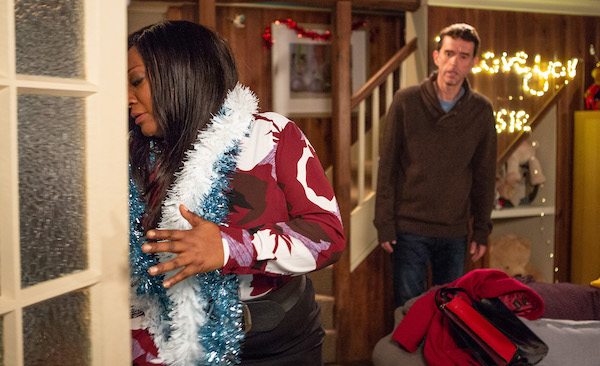 Thrown by the gesture, she leaves in a rush. But why?

Jessie later explains herself by saying she has never really moved on from her first husband. But Marlon volunteers to help her find closure by scattering his ashes. 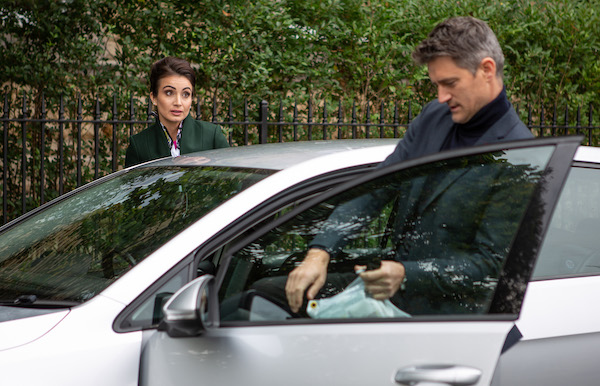 Leyla is left furious when she realises Clive wants to frame Frank over the forged painting and flee the country.

Will her pangs of conscience see her go against her man? 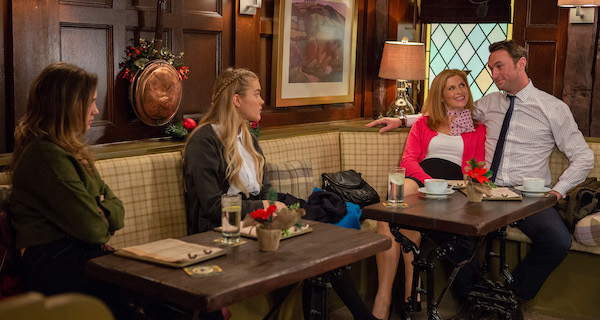 Leanna and Gabby prove themselves to be a meddlesome duo as they plot to break Liam and Bernice up.

Gabby kicks things off by hinting to Liam that Bernice will expect commitment from him, leaving him slightly uneasy. 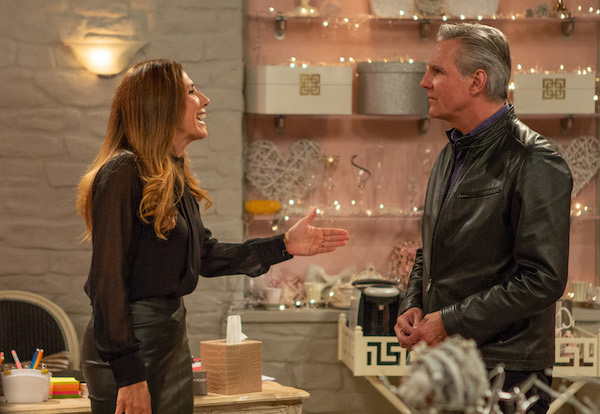 When Megan rumbles the art con, she ends it with Frank.

Could Leyla lose everything, too? 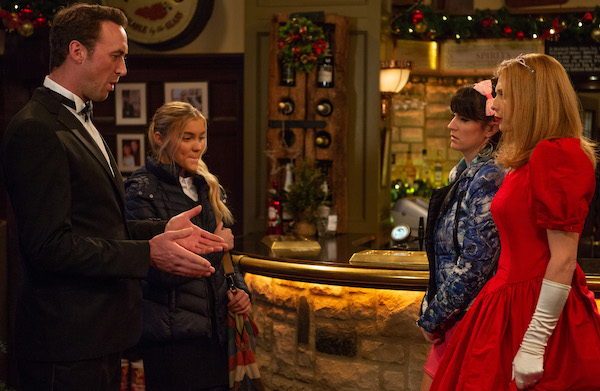 After taking advice from Leanna, Bernice rushes into town to buy new clothes for the gala.

But soon realises she has been stitched up when she later appears in the Woolpack wearing a horrendous ball gown. 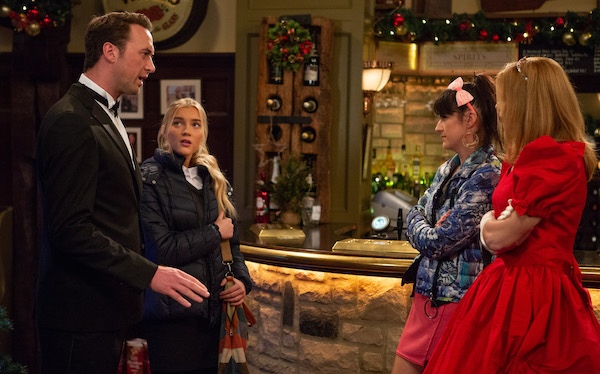 But she’s more upset when Liam backs his daughter.

Could this be the end for Liam and Bernice? 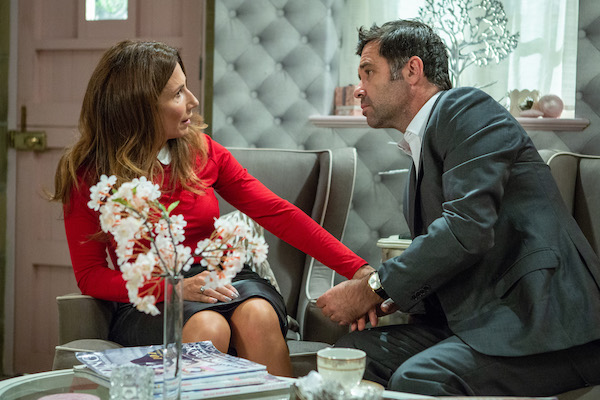 Megan tries to talk sense into a drunk Graham as he considers getting into his car to search of more booze.

But after he misinterprets her concern and goes for a kiss, how will they both react? 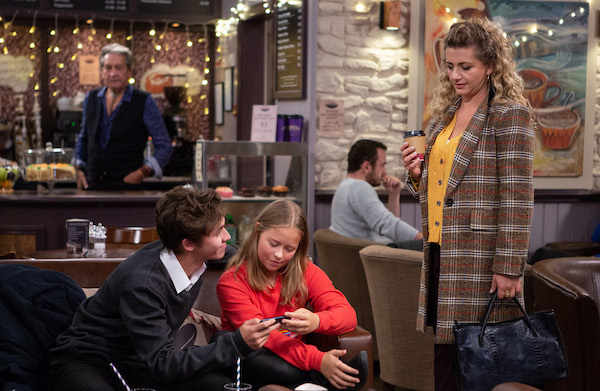 Maya overhears Jacob asking Liv to go out with him – but he becomes angry when David tries to give him relationship advice.

She later urges him to stop taking things out on his dad, but comes to realises Jacob’s feelings for her have become stronger. 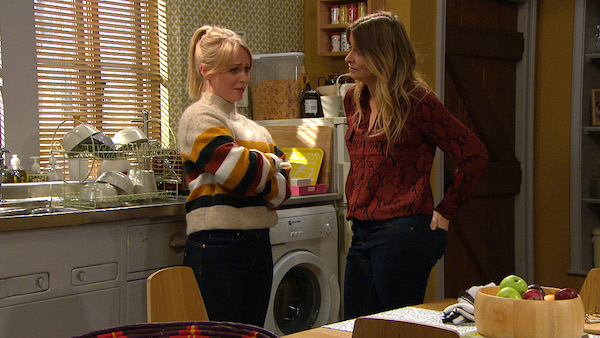 Vanessa can’t believe her ears when Charity tells her the kids were locked in the cellar.

But the pair are soon over the moon when they decide to live together.