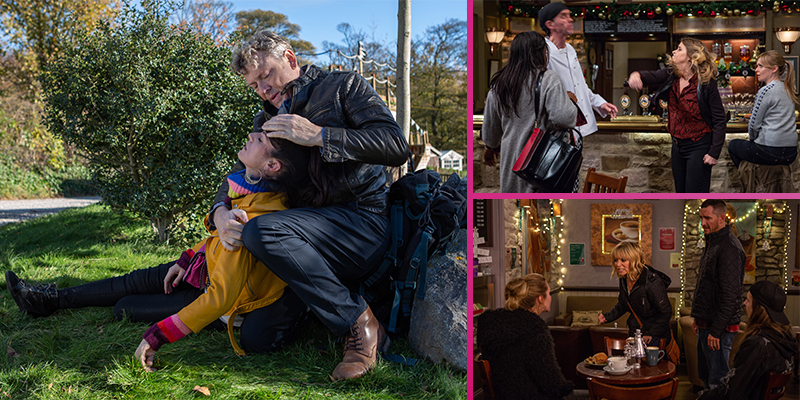 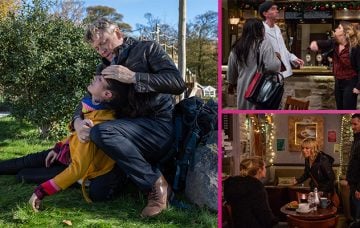 Can Daz make his getaway?

A guilty Daz, a worried Jessie, and an angry Rhona in next week’s Emmerdale… 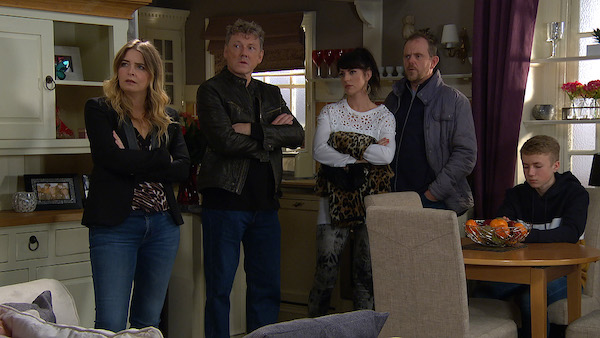 Daz is feeling incredibly guilty about the hit and run, but puts on a front to his family as the police give them an update.

Dan and Kerry try to reassure Amelia she’ll be okay, while Daz is secretly plotting his escape by booking flights out of the country. 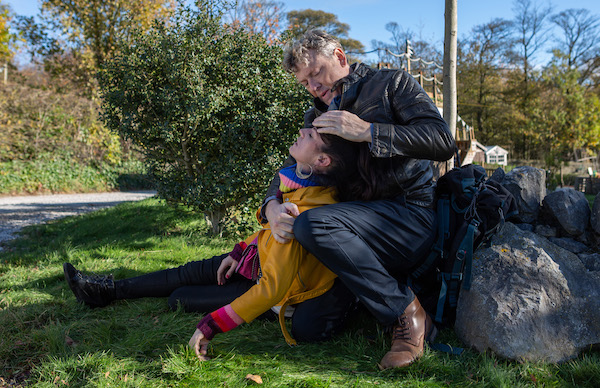 Daz is making his getaway when he spots Kerry collapsed at the side of the road. He’s torn, wondering if he can just leave her, but his conscience kicks in.

He takes her home, meaning he’s missed his flight and his escape plan is ruined. As he attempts to reorganise it later on, Amelia catches him out. Will he confess? 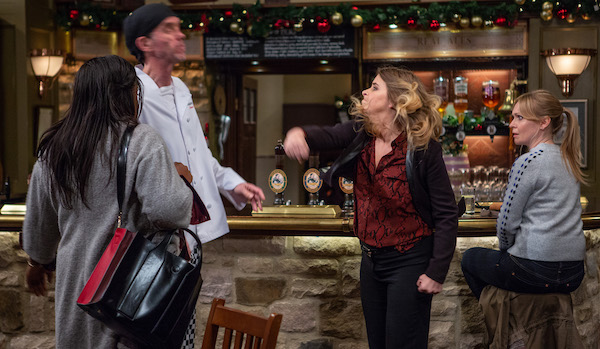 Jessie is worried about her work clashing with her home life when she excludes Noah from school.

Sure enough, when Jessie and Charity come face to face, Marlon’s forced to step in to try to calm the situation down – and ends up getting punched by Charity! 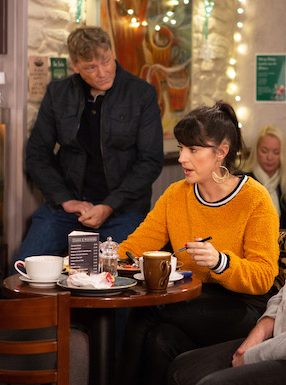 Amelia is still terrified over what’s going to happen after the accident. Kerry tries to comfort her and reassure her the police will get to the bottom of what’s happened – but that only makes a listening Daz panic even more… 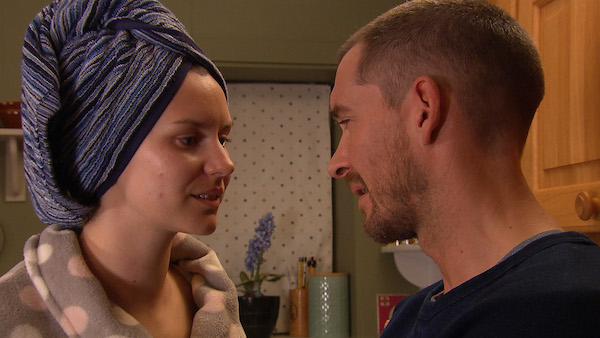 After hearing someone’s been sleeping in the shed, Pete worries that it’s Dawn and goes looking for her. He finds her soliciting and offers to let her stay with him for a while.

She gets the wrong end of the stick and tries to kiss him – and then threatens she’ll tell Rhona he came onto her if he kicks her out. 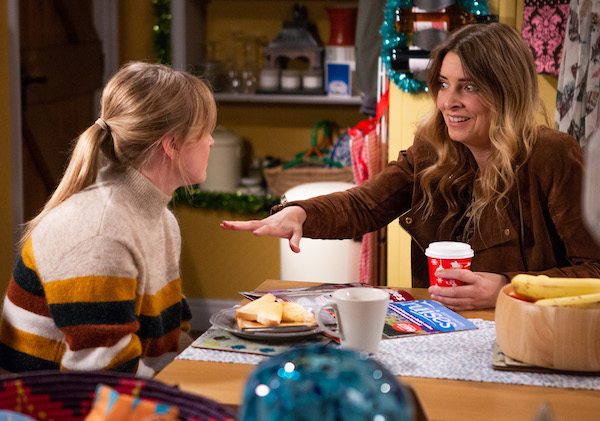 After talking about moving in together, Charity is thrilled when Vanessa agrees to move into the Woolpack with her. 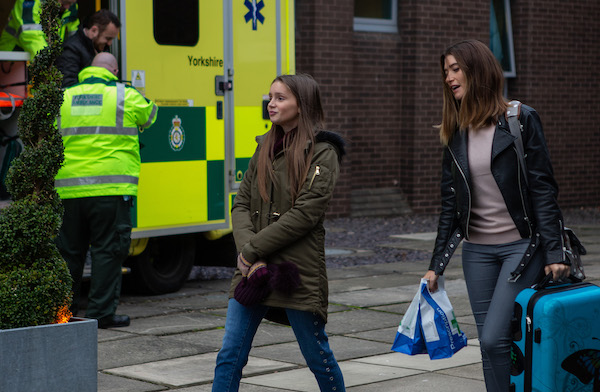 Debbie is pleased to be bringing Sarah home from hospital and vows to focus on her kids rather than her court case. But on the first day of her trial, a broken Deb realises it might be the last night she sees her children. 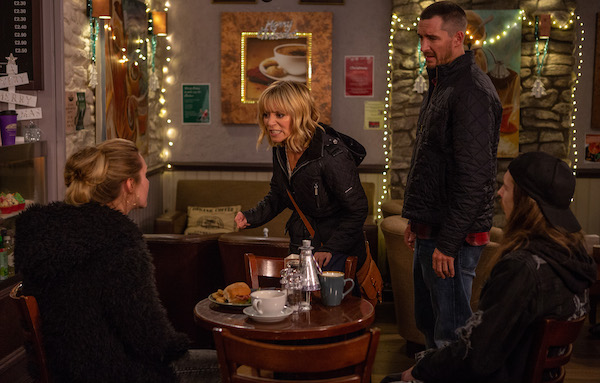 Pete comes clean to Rhona about what happened with Dawn and a fuming Rhona confronts Dawn in the cafe. 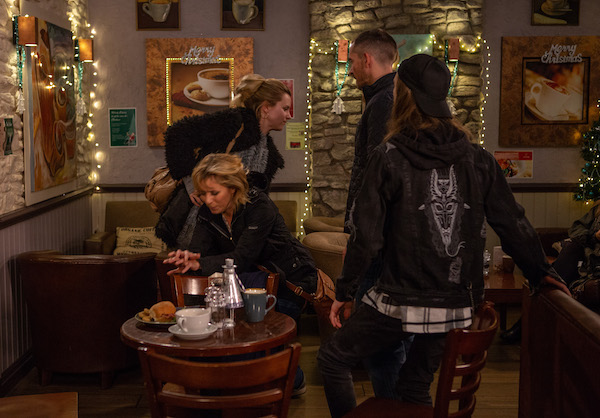 Dawn doesn’t like being cornered and shoves Rhona hard, causing her to fall over. Dawn make a run for it as Pete gives Chase, but it’s Harriet who catches her – and it soon becomes clear they know each other. 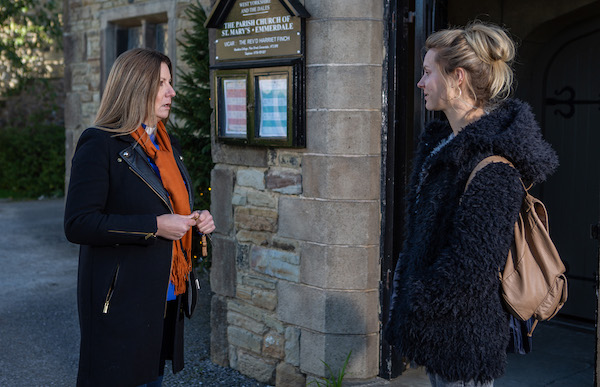 Dawn later approaches an aghast Harriet outside the church, shocked to see Harriet is a vicar now. Harriet can’t believe it as Dawn confronts her about their shared past – how do they know each other?