Emmerdale fans have begged Tracy Metcalfe not to give in to creepy Phil’s demands after last night’s shocking episode.

Tracy was left devastated after the nasty Hotten handyman sent a a dirty video to her husband David – which David then showed Tracy’s dad, Frank.

She was terrified he’d sent her hubby a video of her and Phil together – and it would mean the end of her marriage.

Phil was a client of Tracy’s when she was a prostitute and he’s blackmailing her saying unless she coughs up £1000, he’ll spill the beans to David.

At first Tracy stood up to him.

But Phil pressed send on his phone – making Tracy think he’d sent a video of them together to David.

When she got back to the shop she could hear David and Frank talking.

“How could he do this?” David said. “It’s disgusting.”

“You think you know someone,” said Frank.

“It’s awful,” David ranted. “Degrading. What kind of a woman would do something like that. She’s got no self respect.”

But Tracy wasn’t having that.

“Maybe she had no choice,” she said. “Or worse. Did you ever think about that?”

But when she again refused to hand over the money, Phil had another plan.

“If David didn’t like that clip just imagine what he’d say if I send him the real deal,” he threatened.

And then he demanded: “One last trick for old times’ sake.”

Surely Tracy isn’t going to sleep with the nasty man?

Viewers were horrified by Phil’s blackmail attempt and begged Tracy not to give in.

“The bloke blackmailing Tracy is scum,” said another. 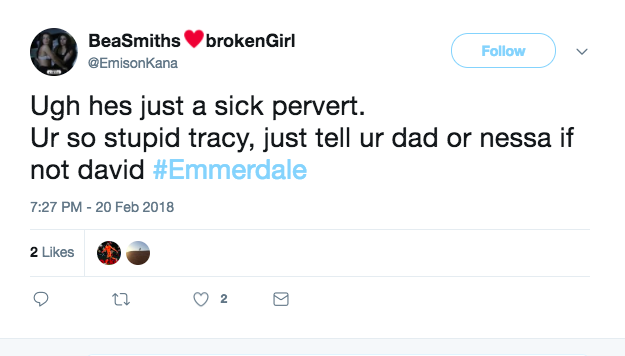 “Slimy Phil needs to be paid with a slap!!” said another. 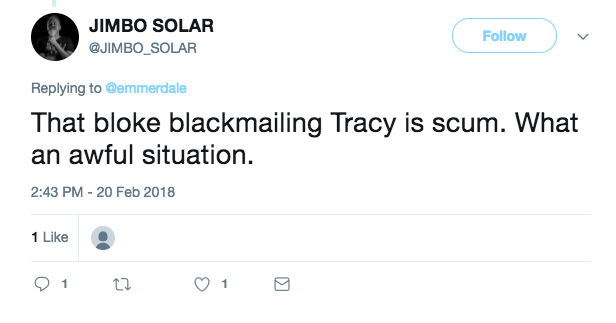 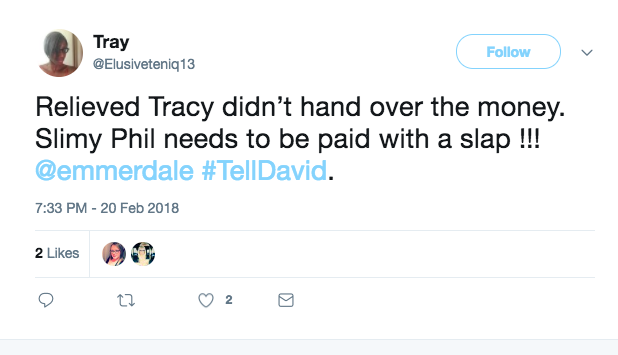 And they begged Tracy to come clean to David.

“Tracy needs to tell David,” said one angry viewer. “That smile needs to be wiped of that little rats face.”

“Tracy tell David,” begged another. “Don’t give in to blackmail, it will never end.”

“He’ll just keep coming back for more,” agreed another fan. 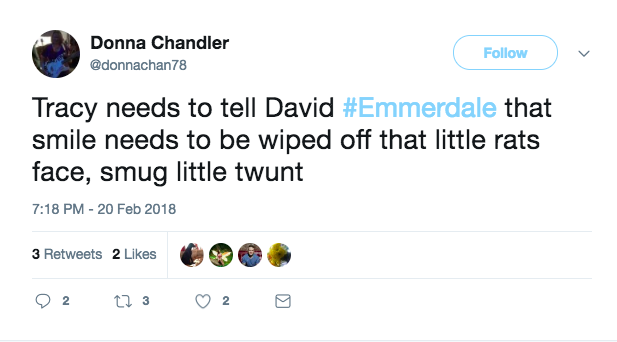 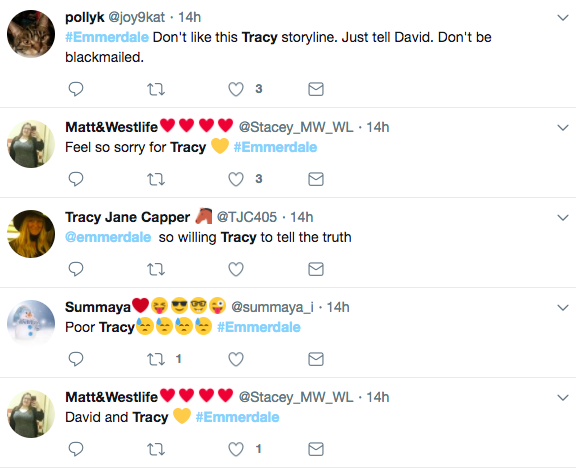 The fans also agreed that they felt sorry for poor Tracy who seems to have ended up in an impossible situation.

“Feel so sorry for Tracy,” said another.

What do you think Tracy should do? Leave us a comment on our Facebook page @EntertainmentDailyFix and let us know what you think!