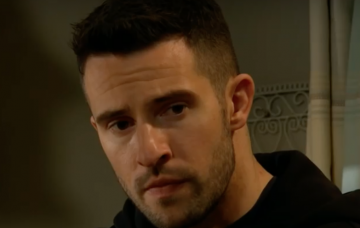 They are really unhappy about it

Emmerdale bosses face a furious backlash from fans of the ITV soap over upcoming scenes that will show Ross Barton becoming the victim of a horrific acid attack.

The scenes, which are due to air next week, are said to be ‘life-changing’ for Ross, when drug dealer Simon mistakes him for Joe Tate and throws the corrosive liquid at him.

The attack is planned by Debbie Dingle who is out for revenge on Joe for humiliating her and then leaving her family homeless.

Fans have taken to social media to blast the show, fearing it could lead to copycat style attacks.

There has been a spate of the vicious attacks across the country and fans are concerned, even though Emmerdale bosses have said they’ve throughly researched the issue.

The scriptwriters have been talking to real life victims of acid attacks to make the story as realistic as possible.

But fans remain unconvinced and have hit Twitter up to complain.

Another fumed: “Heard vile Debbie Dingle is planning an acid attack on Joe Tate next week. How can this even be condoned in the light of real acid crimes? Hope she gets thrown in jail and out of #emmerdale for good.”

A third seethed: “Going to hate watching the acid sl with Ross, not sure how to feel about this sl as wouldn’t really want Joe to suffer an acid attack either.”

And a fourth wrote: “I think it’s totally wrong that Emmerdale is planning to film an acid attack! We don’t want to see that! It’s bad enough on the news.” 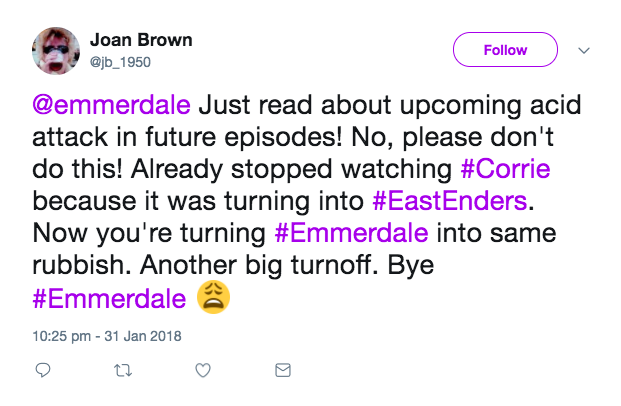 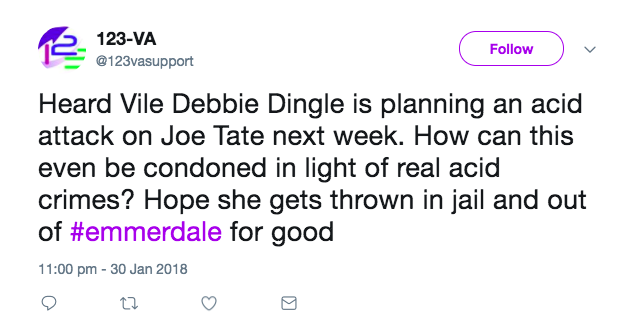 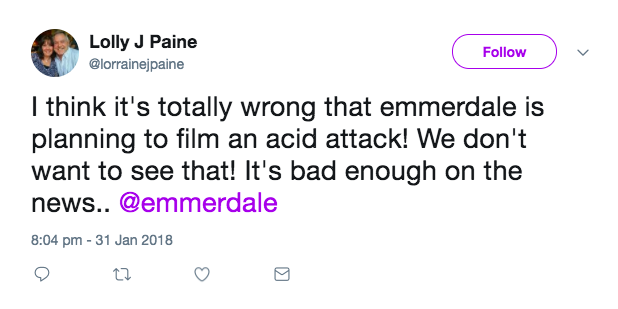 Some fans have praised the upcoming storyline for raising awareness of the issue.

The controversial storyline is another in a long line of soap plots that have shocked audiences over the past 12 months.

Last summer, viewers watched in horror as teenager Bethany Platt was groomed for sex and sent into a room with three men in Coronation Street.

Then Corrie fans were horrified again when Phelan murdered Andy Carver after forcing him to shoot Vinny Ashford in pre-watershed scenes.

Michael Parr who plays Ross, said: “It’s a big responsibility and one that I was very nervous about taking on.

“The Emmerdale team have done extensive research and we really want to raise awareness of the devastating consequences an attack like this has on a person’s life.

“It’s so important to get it right and just do the story line justice. I know this is a reality for some people.”