Emmerdale revealed a huge secret in last night's episode - Charity Dingle had a secret baby son when she was a teenager which she gave up.

Rumours have been circulating for months that the landlady's secret son would be arriving in the Dales soon, and now it looks like it's actually about to happen.

After a huge row with girlfriend Vanessa, Charity stormed up to her bedroom and took a small box out of her wardrobe. She opened it to reveal some baby bits, including a tiny blue hat, which she held to her face as she sobbed.

So what's the story?

Charity revealed to Vanessa that she was raped, beaten and kept prisoner by a policeman - DI Bails - when she was just 14 years old and working as a prostitute. 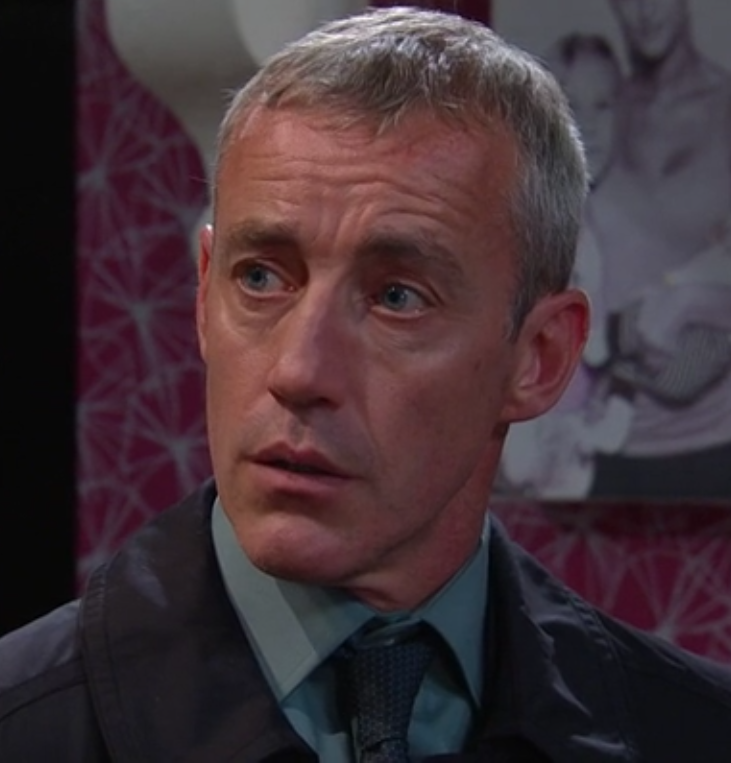 Mark Bails groomed and abused Charity when she was 14 (Credit: ITV)

In upsetting scenes, the blonde revealed horrific details about how Bails - who helped Vanessa's half-sister Tracy Metcalfe with her case against creepy Phil Webb - had offered her a place to stay when she was working the streets.

She said she thought she was lucky because there was a fridge and a telly there, but the evil cop raped her on the first night.

Bails eventually stopped her going out by locking her in his flat and taking her keys away. After that she was subjected to frequent rapes and beatings. 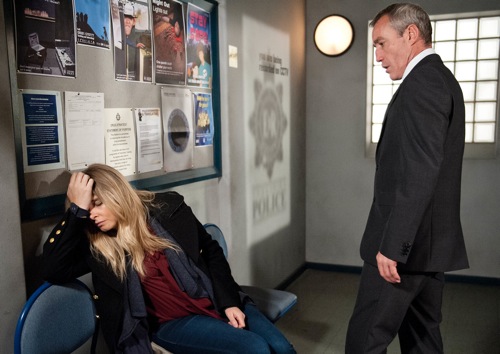 The baby boy appears to be the result of her ordeal at the hands of Bails.

How old is the baby now?

Charity revealed the abuse started when she was 14, a year after she'd given birth to Debbie, who had been given away by her strict father.

We can assume that Charity doesn't know where her son is as the only memories she has of him are the baby bits in the box. 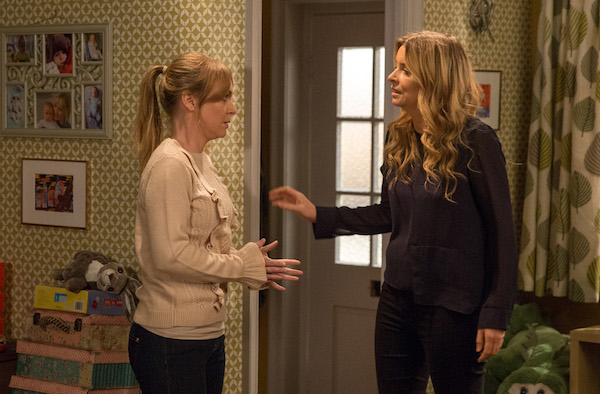 The truth was revealed following a blazing row with Vanessa (Credit: ITV)

Emmerdale fans have gone into a frenzy of speculation however, and there are lots of theories that her secret son is actually very close to home.

Is it Gerry Roberts?

Lots of fans think Lachlan's friend from the juvenile detention centre could be Charity's son. We're not sure of Gerry's exact age but considering he hangs out with teens Lachlan, Belle and Liv and was in juvey with Lachlan, he's probably a bit on the young side.

So @Emmerdale what's the betting that Gerry is Charity's done by the disgusting Bails. it would make him an official #Dingle #emmerdale

Others reckon the shady drug dealer who threw acid in Ross Barton's face on the instructions of Debbie will turn out to be Charity's secret baby.

Another theory is that twisted Phil, who blackmailed Tracy for money and sex is Charity's long lost son. Considering Phil has just been imprisoned for four years for his crimes, we'd be waiting a long time to meet him.

#Emmerdale calling it Phil is Charity's son. yes has to be Tracy's sex pest has to be the one. How will Vanessa/Tracy and ultimately Charity cope? @ChelleHardwick @amywalsh27 #Emmerdale

Oc course it could be someone we haven't met yet, but whoever he turns out to be, his arrival will cause some serious drama in the village.

Who do you think Charity's son is? Let us know by commenting on our Facebook page @EntertainmentDailyFix!