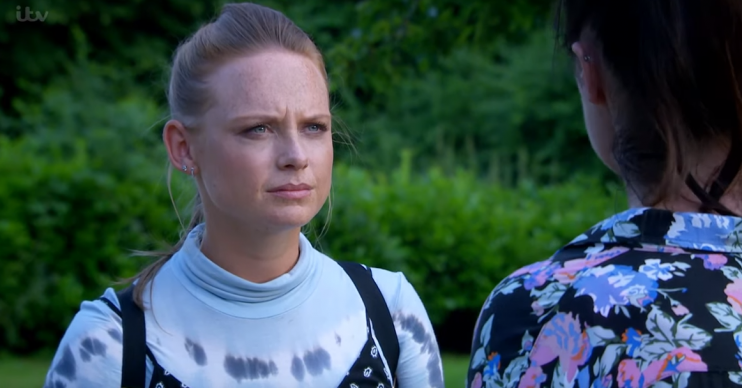 Actress Natalie Ann Jamieson, who plays Amy Wyatt in Emmerdale, has shared a behind the scenes throwback picture from her appearance in BBC’s Doctors.

The actress posted a picture to her Instagram of herself in a police uniform.

“I had an incredible time working with Chris Walker and Paul Barber!!

“Quite fitting that tonight’s Emmerdale Amy Wyatt is wrapped up in the fall out from a very hearted storyline that may or may not involved the police – and doctors – but most certainly involves many incredible actors!!

A second commented: “You look great as a cop!”

Currently, Amy and her mum Kerry are feeling guilty after a fire they accidentally started killed village resident Frank Clayton.

As Frank was fired from the factory the morning of the fire, villagers started to point the finger at him and believed he started the fire to get back at Jai.

However, it looks like Frank’s daughter Tracy’s getting closer and closer the the truth.